After a long build up, the first new small satellite launch vehicles are starting to take flight. While many are vertical launch solutions, horizontal launch looks set to play a significant role in the new space sector, placing partners Astraius and Prestwick Spaceport at the forefront with their innovative air-launch solution.

When SpaceX demonstrated the potential of new disruptive large launch vehicles in the early 2010s, a number of start-up companies were founded to do a similar thing in the small satellite launch market. Across a broad spectrum of methodologies, propellant types and sovereign nations, they each sought to provide safe, affordable and responsive launch solutions for smaller payloads.

Missions that would otherwise have shared a ride on a large vehicle, and thus been beholden to a prime customer, are now able to take advantage of an agile ‘taxi service’ (compared to a large launcher’s ‘bus service’). These new start-up ventures often set their sights on launching from new locations with the aim of stimulating the growth of a local space industry with government support; or they hope to gain a commercial advantage by offering launch services within the same country as the satellite manufacturer, thus avoiding the burdens of export and international shipping. 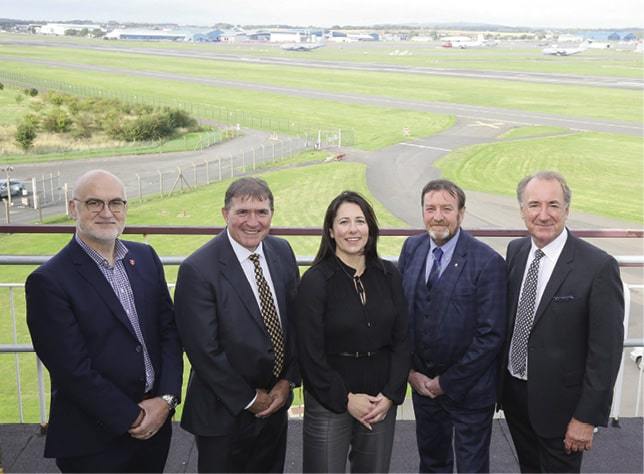 Traditional horizontal launch, whereby rockets are air-launched from a carrier aircraft, rather than the concept of runway-to-space (which still requires a technological leap) is more proven and established than many realise. Indeed, the first attempt to orbit a satellite using an air-launched rocket occurred as long ago as 1958, with the NOTS-EV1 Pilot (known as NOTSNIK) launched by a US Navy F4D Skyray aircraft.

Indeed, one of the first dedicated small commercial launch vehicles was a horizontal air-launch system. The then Orbital Sciences’ Pegasus is a three stage, solid propellant launcher capable of placing up to 443 kg into low Earth orbit (LEO). Pegasus first flew in 1990, long before SpaceX inspired the new crop of launchers, and conducted 45 launches between 1990 and 2021.

Pegasus demonstrated the advantages of air launch, with a converted Lockheed Martin L1011 carrier aircraft renamed Stargazer, using a selection of runways around the world as the starting point for space launch. Pegasus demonstrated the unique selling points of horizontal launch, in particular the ability to fly a carrier aircraft to the host spaceport, integrate the payload using normal airfield infrastructure, take off and fly to low-density airspace over international waters and launch into space. But with Pegasus launching only five times in the last 10 years, it is no surprise other launch service providers are developing similar technology.

One such provider is Astraius Ltd, a UK company with a US subsidiary which utilises solid propellant technology - similar to that proven by Pegasus - to target the burgeoning NewSpace market that forecasts the launch of thousands of small LEO satellites in the coming years. Astraius is moving quickly, having teamed with Prestwick Airport and Spaceport in the UK.

The UK has a strong focus on the NewSpace market and an end-to-end ecosystem encompassing the full value chain for small launch, from upstream payload manufacture, launch and in-orbit services to downstream data capture, analysis and distribution. The UK has previously attracted Virgin Orbit for horizontal launch and the addition of Astraius underscores the UK’s commitment to small satellite launch as recently outlined in the UK space strategy. 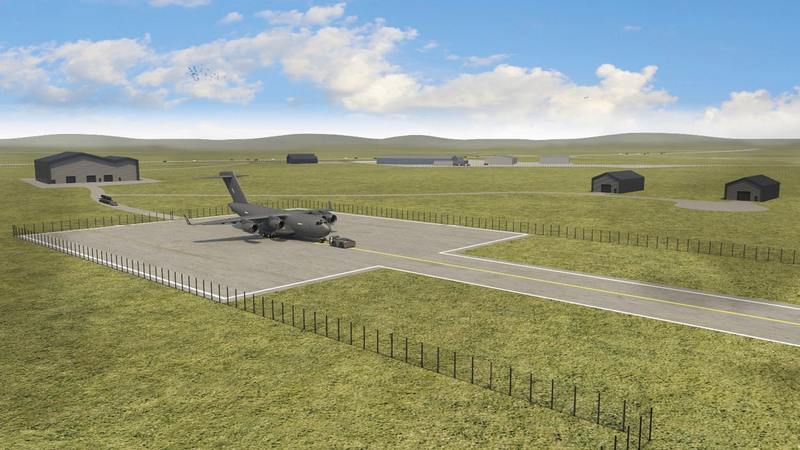 As one of a number of developing launch locations, Prestwick could be viewed as a microcosm of the wider UK ecosystem

Following the UK space industry’s largely unaffected growth during the financial crisis of the late 2000s, the UK government realised the potential of the space sector as a route to creating high value, highly skilled jobs to rebalance the economy by establishing the UK Space Agency. In 2010, a target was set to capture 10 percent of the global space market by 2030, an increase of six percent, with a key part of this including spaceflight from UK soil. So began an initial competitive search for UK-based spaceports, with the focus initially on Virgin Galactic’s SpaceShipOne and Reaction Engines’ Skylon. The ‘competition’ gave way to a licencing regime, enabling any site to host a spaceport, with the market deciding the suitability of the sites.

With Virgin Galactic’s slower than anticipated development progress, and Skylon failing to appear, a new group of vertical spaceports came to the fore, with the three contenders spread across the north of Scotland and the islands. These sites became the focus of government interest as the original 2018 launch target passed, without the legislative framework in place for launch or infrastructure arriving onsite. Beset by the challenges of planning permission and neighbour relations, progress at the vertical ports has slowed, while two of the original horizontal launch contenders, Prestwick and Newquay, have drawn upon the key benefit that the launch operations fit into the normal operations of a conventional airport, and have succeeded in signing up new launch systems.

Prestwick was one of the original sites shortlisted for spaceport licencing by the UK government, and has continued to pursue launch options while seeking to build new space launch and beyond-launch capability and Astraius will join the flight line with a first operational launch planned in 2023.

Astraius is an Anglo-American company that set up its headquarters at Prestwick, Ayrshire, after signing a memorandum of understanding with Prestwick Airport and Spaceport in September 2021. Astraius will capitalise on the versatility of its launch solution by leveraging the proliferation of the C-17 Globemaster III carrier aircraft fleet to conduct multiple same-day missions if required. Astraius has a strong desire to work with Prestwick’s local consortium to develop the supply chain and create jobs in the region.

As one of a number of developing launch locations, Prestwick could be viewed as a microcosm of the wider UK ecosystem. The Prestwick consortium, led by South Ayrshire Council and Glasgow Prestwick Airport, has operated largely ‘under the radar’, but boasts a long-established aerospace heritage which has attracted Astraius and other space industry companies.

Prestwick’s aerospace hub was founded in the 1930s and has been at the heart of the Scottish aviation industry ever since. Manufacturing started during the second world war and evolved into a long history of successful civil aircraft production, which continues with the newly created Spirit AeroSystems innovation centre. Aero-structures, subsystems and maintenance, repair and overhaul (MRO) have been developed at Prestwick by companies including BAE Systems, Collins Aerospace, Woodward and GE Caledonian. In parallel it has operated as a versatile airfield, servicing transatlantic flights, military and cargo aircraft.

Along with the aerospace heritage and established cluster - the largest in Scotland and fourth largest in the UK - Prestwick Spaceport has several strengths that can support launch ambitions.

The region is arguably the most connected of all European spaceport developments, directly accessible by rail, road, sea and, of course, air. Glasgow’s satellite manufacturing cluster (with the likes of Spire Global, AAC Clyde Space and Alba Orbital designing and building more satellites than anywhere else in Europe) and Edinburgh’s vibrant downstream space data segment are each within a radius of 55 km, together with world-renowned universities (in Strathclyde, Edinburgh and Glasgow Caledonian, for example) that offer space expertise.

Perhaps the most significant string to Prestwick’s bow is the £250 million of funding from the Ayrshire Growth Deal secured in 2020, with £80m dedicated for space industry development to create 4000 new space jobs by 2035. With £25 million of this funding supporting the construction of Prestwick Spaceport, a development that is the catalyst for a larger space proposition that could see Prestwick host satellite and launcher manufacturing, an aerospace and space technology applications centre, space supply chain companies and human spaceflight.

Astraius and Prestwick Spaceport have succeeded in maintaining a low-profile during development, prior to the recent landmark announcements around their partnership, and they are revisiting a technology that has the potential to bring all the advantages of air-launch, without the downsides.

In 1974, the US Air Force was studying options for making large missiles more mobile and carried out tests which deployed a Minuteman Missile in mid-air from the back of a large transport aircraft, a C5 Galaxy in that case. The project culminated in a test rocket successfully deploying over the Pacific and stabilising under a parachute, before igniting its engine and climbing away on a short test flight.

This concept was revisited and revised multiple times in the 2000s, first by the US DOD’s SRALT/LRALT, using similar mid-air deployment from a C17 transport aircraft, and then DARPA’s FALCON project which hoped to reduce the cost of small satellite launch with the AirLaunch QuickReach rocket. Where the original test deployed the rocket on a skid which then separated in mid-air, the AirLaunch QuickReach tests replaced this with a roller system that would allow a rocket to slide out of an aircraft by itself.

In 2006, a full mass but inert test vehicle was successfully pulled out of a C17 and stabilised under a parachute. Although it failed to progress to rocket-powered tests, unlike the earlier SRALT/LRALT, it proved that this method of deployment could be successfully achieved from inside a conventional transport aircraft, from the reusable roller pallet and without providing additional hardware.

It is this approach, which offers the potential to dramatically improve the viability of horizontal space launch, that Astraius is bringing to Prestwick. Because it uses a self-contained and reusable modular pallet system, Astraius does not need to develop or modify a dedicated aircraft and can launch from any C17 aircraft. At a stroke, this removes a huge portion of the operational overhead costs and development time typically involved in traditional air launch.

As an additional benefit, transporting the launch vehicle inside an aircraft means that it is better protected during ferry operations, and can be attended to in flight. The internal mounting also offers greatly simplified rocket operations, compared with under-body or under-wing mounting. 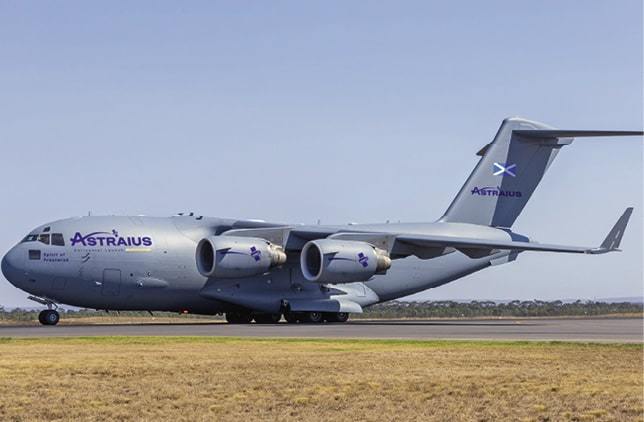 C-17 cargo aircraft which will carry and launch the Astraius rocket from Prestwick.

The prospects for UK launch have been on an uncertain trajectory for many years, even before any vehicles have taken flight. But with the legislative framework in place, a number of horizontal and vertical launch sites under development and partnerships such as Prestwick and Astraius preparing nimble, versatile and elegant methods of carrying out air launch, payloads may finally travel ‘from Ayrshire to the stars’.

Mick O’Connor is Programme Director at Prestwick Spaceport and founder of HAELO Consulting, a company specialising in governance, risk and compliance management. He has 40 years’ experience in shipbuilding, oil, petrochemical, defence, aerospace, manufacturing, aviation, energy, and space. He is a Chartered Engineer, Chartered Director and Royal Academy of Engineering Visiting Professor at Glasgow Caledonian University.

Kevin Seymour is the CEO of Astraius and has over 25 years of executive experience and board positions across military and private sectors. He is an experienced programme manager and has led national and international defence and aerospace programmes for the UK and US Governments and private sectors. With technical knowledge and experience of UK and US space policy, gained as lead for Space Operations in the Royal Navy, he left military service to co-found Astraius in 2020, specifically to deliver a satellite horizontal launch solution for UK, US and global clients. He has built an outstanding and respected leadership team, and plans to deliver Astraius’ first launch in 2023. 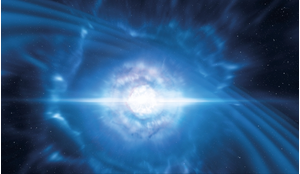 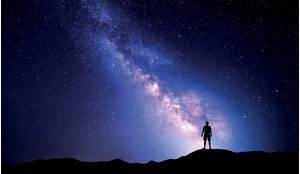