In-orbit servicing and the future of the space industry

The ability to service spacecraft, and remove them from orbit at the appropriate time, is an important development in the space sector. Entrepreneur Luca Rossettini explains why an in-orbit servicing infrastructure is important for the future of the space industry and how it can be encouraged and developed.

Space is a unique domain. Unlike land, sea and air, space has no borders. Any satellite launched into orbit over-flies a number of nations and keeps doing so even after completing its mission, in the form of orbital debris.

Orbital space is also vast: the sphere enclosed by the geostationary orbit, the highest orbit used for satellite applications, is 268 billion cubic kilometres, which makes the volume of the Earth itself, about a billion cubic kilometres, pale in comparison. However, the use of orbital space is constrained by the laws of physics and, for this reason, spacecraft travel along precise orbital corridors at specific altitudes that are optimal for their mission.

The polar orbital region, ranging between 500 and 800 km above Earth, is one of most useful family of orbits. By flying over the poles, satellites can oversee every single spot of the Earth multiple times during a day, an essential feature to provide global services. However, the very nature of these orbits, which all cross Earth’s poles, create the perfect condition for high-speed collisions.

Consider the following fictitious scenario. The mass of all orbital debris is deceptively small: only 8,000 metric tons, which is smaller than that of the Eiffel tower. If we tore the Eiffel Tower down to pieces smaller than a few millimetres and distributed it evenly on the surface of the Earth, nobody would ever notice. However, if this same pieces of debris were spinning one metre above the surface of our planet at hypersonic speed and approaching from every direction, every human being, not to mention everything we have built over thousands of years, would be wiped out within a few minutes.

This doomsday scenario, transferred to polar orbit, could mean the end of human access to space. Many of the services that have become essential to run our economy, to ensure our safety, to give us directions and to connect us to one another would disappear. Severely reduced global telecommunications, navigation systems, weather forecasting, Earth imaging, and little hope of exploring and colonising the solar system.

With about 30,000 new satellites lined up for launch over the next 10 years, this is a scenario that must be addressed now. 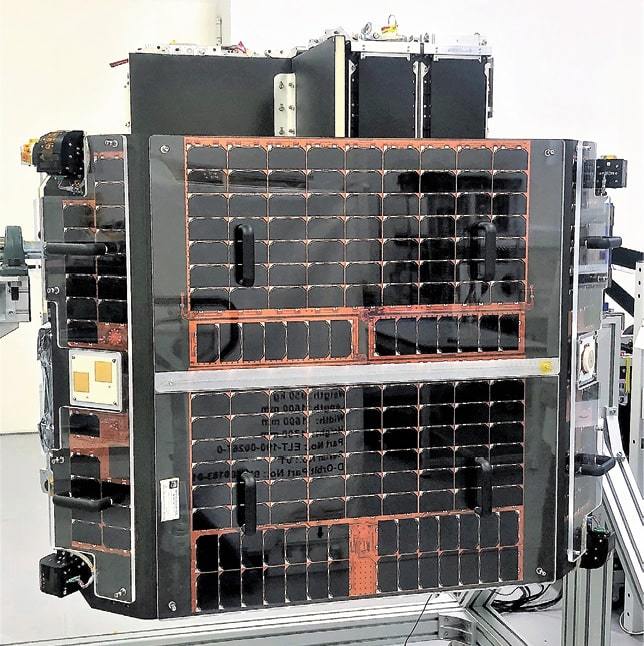 To facilitate the safe operations of about 1.5 billion vehicles circulating here on Earth, we have built infrastructure including roads, bridges, tunnels, networks of fuel stations and much more. Traffic follows a consistent set of rules and regulations, documented by traffic signs and enforced by policing, and individuals can legally drive in other countries thanks to a set of international agreements.

Most of these things, which we take for granted, do not have an equivalent in space. Infrastructure is expensive to build, and the relatively low orbital traffic of the first 70 years of space activities did not justify the investment.

Over the past 10 years, however, the space industry has been moving towards mega constellation architecture. These magaconstellations, which use of hundreds or thousands of smaller satellites in polar orbit, offer multiple advantages when providing global services, when compared to the use of fewer, bigger satellites in higher orbits. However, the projected deployment of multiple mega constellations is going to make space traffic management exponentially more complicated.

D-Orbit has been operating the first elements of the next-generation space logistics infrastructure for the past couple of years. Its orbital transfer vehicles have streamlined the deployment of small satellite constellations, reducing the time required from launch to operations by up to 85 percent and the cost for deployment of an entire constellation by up to 40 percent.

Technical feasibility does not automatically translate into a valid business case

While this is already a remarkable advancement, there is a lot of ground to cover before having something equivalent in space to the infrastructures we have here on Earth, we believe the next logical step in that direction is to develop a servicing infrastructure that will enable operators to streamline the management of their constellations while ensuring a sustainable environment in Earth’s orbit.

Originally investigated and tested during the Space Shuttle era under astronaut supervision, these operations can now be performed by automatic vehicles thanks to modern technology, as demonstrated by Astroscale’s ELSA-d mission, where a 175 kg servicer satellite is currently testing a series of rendezvous, docking and release manoeuvres with a 17 kg client satellite, demonstrating the feasibility of search, inspection and other proximity operations.

However, technical feasibility does not automatically translate into a valid business case. To ensure adoption of these services, we must focus on the economic value that servicing provides to satellite operators. Expanding the life of a large telecommunications satellite in geostationary orbit by just two or three years, even after end-of-life when performances are lower, would grant an incentive large enough to justify a servicing operation at a cost that would ensure a good margin to the service provider.

There are many other scenarios that present a clear economic incentive. A mega constellation, for example, can be disrupted by the failure of just a few satellites. As such, the ability to extend the life of satellites in orbit and remove the ones that have reached the end of life would certainly appeal to satellite operators. Business cases like this can drive the industry to a faster adoption, which would lead to a more efficient use of orbital space.

If we want to create this new market, we need a joint effort by all the companies involved in the in-orbit servicing sector. We need to collect ideas, proposals and solutions from experts, industry leaders and other stakeholders to formulate a vision that could direct the development of these innovative services. This collaboration between public and private entities will jumpstart an industry that will not only be profitable, but also will be a catalyst for further development of innovative businesses in space and on Earth.

The NewSpace industry is at its inception, and collaboration is the way to go. Today, we should focus on working together towards a common vision and shared objectives aimed at the creation of a sustainable ecosystem in which our businesses can grow. Our goal now is to identify and validate promising business cases, develop interoperable standards and procedures, define new space traffic management guidelines together with institutions and industry players, and erect the pillars of a market that promises to make the entire space industry more sustainable and capable of further improving our life on Earth. 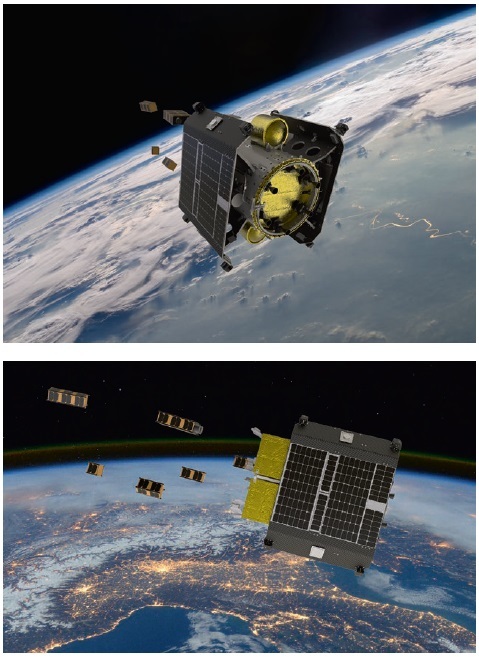 
Role of governments and institutions

While the NewSpace movement is characterised by an influx of private capital in the space sector, governments and institutions still play an essential role

While the NewSpace movement is characterised by an influx of private capital in the space sector, governments and institutions still play an essential role. Today’s means of development and production are turning even the most innovative technology into a commodity that is already obsolete by the time it enters the market. Governments and institutions can help companies deal with this issue in three ways.

The first is to finance a proof of concept. Every initiative that requires huge investments in basic research and development, like the Space Race of the 1950s or the high-energy physics of today, requires a massive upfront investment that can only be covered by governments. Without public funding, industries like computing, space technology and advanced energy would have never developed as fast as they did.

The European Space Agency’s Clearspace-1, the first ever robotic satellite capture and disposal mission, is a good example. The mission costs $129 million, about a million dollars per kilogram of material removed from orbit; however, a large part of the mission’s budget is spent in nonrecurring engineering costs that are necessary when developing a new service. Raising that kind of money for a demonstration mission would be extremely difficult, if not impossible, for a private firm.

The second role of governments and institutions is to help younger, innovative companies to reach maturity, helping them “cross the chasm” by becoming an anchor customer. A young company trying to establish itself in a market with high barriers to entry suffers from a lack of heritage, a surreal ‘Catch-22’ that all space start-ups must go through. In the case of satellite servicing, it makes perfect sense to have a relevant number of government-sponsored missions, considering that a large part of the 6,000 satellites currently in orbit - especially some of the most dangerous collision hazard - are institutional.

According to Clearspace, for example, the cost of a servicing mission can be reduced by a factor of 10, and the primary driver of cost reduction is the number of missions performed. Thus a pool of institutional early adopters is essential to keep the companies involved in these services active and in business, while driving the cost down. Once the service is proven, and the underlying cost has begun to drop, there are always commercial clients ready to step in.

The third role of governments and institutions is to drive the development of policies, regulations and international agreements that ensure the sustainable development of an industry. The satellite servicing industry presents unique challenges, including the fact that current space law forbids a nation from touching the space objects launched by another nation. An international body, possibly financed by a waste disposal tax, could tackle this and other issues.

We are at the dawn of a new era for the space industry, an era characterised by services that will streamline the cost and complexity of space missions, lowering the cost of access to space or space-based data. Current mission architectures - expensive, disposable, and self-contained - will look incredibly obsolete in just the next decade. It’s essential that we make the right moves: the future of space exploration depends on it. 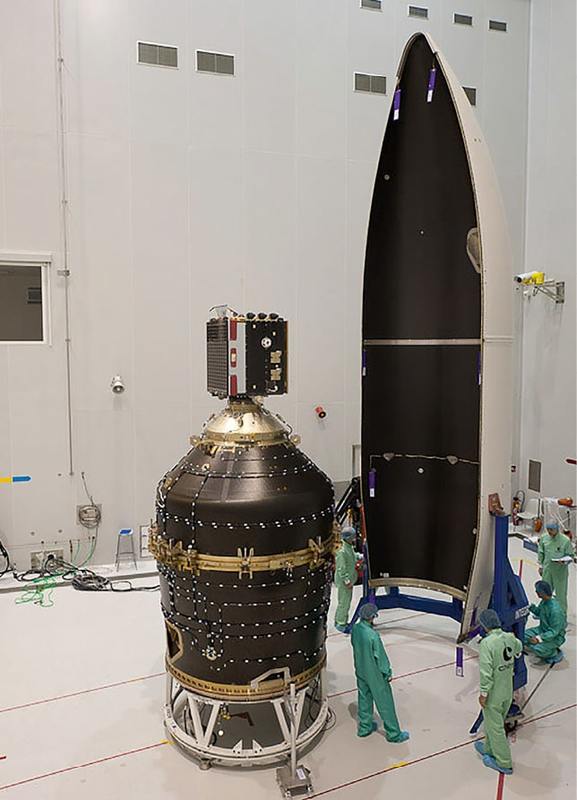 ESA’s ClearSpace-1 will target the conical upper part of payload adapters such as the one that delivered Proba-V into orbit.

Luca Rossettini is a serial entrepreneur, seeking a profitable and sustainable expansion of the humankind in space. He has a PhD in Advanced Space Propulsion, Master’s in Strategic Sustainability and Certificate in Business. In 2009, he won a Fulbright scholarship and in 2010 obtained a Certificate in Technology Entrepreneurship in Silicon Valley, California. After an internship position at NASA Ames Research Center, Rossettini went back to Italy and founded D-Orbit, developing solutions for space logistics, transportation and space debris. Luca loves parachute jumping, scuba diving and reads science fiction books.

A shared vision for space exploration