Five decades after Neil Armstrong and Buzz Aldrin landed on the Sea of Tranquillity, we finally know that we are going back to the Moon. But this time it will be done differently. And amid the excitement of our new explorations, we must not forget to protect what was left behind the first time around: human-created artefacts including flags and footprints that are a part of our history and point to our future.

Our relationship with space has changed greatly since the last time man set foot on the Moon. Quite apart from anything that NASA and other state actors may do, there will be commercial operators on the Moon. Initially it will be robotic spacecraft but they will eventually be followed by landers carrying new lunar explorers and space tourists.

We already have the example of Yusaku Maezawa, the Japanese billionaire, and six of his artist friends, who have signed up for a circum-lunar flight with SpaceX scheduled for 2023. But first, there will be rovers and hoppers, some of which are legacy craft from the Google Lunar XPRIZE (GLXP), the competition which, after a decade, ended in March 2018 without anyone claiming the US$30 million prize purse.

The idea of the GLXP was to encourage non-governmental teams to land a craft on the Moon, have it travel 500 metres, and then send back high definition images, thus kick-starting a low-cost 21st century approach to accessing the lunar surface. Some of the teams got very close - and some are continuing today even without the prize incentive. They see landing on the Moon and delivering payloads to the surface as a commercial proposition. 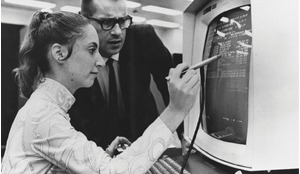 Collaboration and competition in lunar exploration