This April marked the 55th anniversary of the first human spaceflight into Earth orbit. Those formative decades in the middle of the 20th century saw Europe, still recovering from its recent shattering military past, building its industrial strength while firmly grounding its humanistic values. Can it really be 55 years since that momentous event? I am also among those who remember the day mankind landed and walked on the Moon for the first time.

Albeit in the wake of the severe competition between the two super powers and contrasting systems, humanity has made quantum leaps in evolutionary terms. In less than 100 years air travel has become routine and the car has provide us with an unprecedented amount of personal freedom. Life expectancy in the West has almost doubled and education and healthcare are taken for granted. All this has pretty much happened in my lifetime.

When I look back across the past five decades, I remember very clearly that I was educated to know that ‘life will get better’. As the Western world was recovering from the devastation of the war, strong visionary leaders made uneasy decisions about uniting Europe, taking the legacy of democratic society to new levels. 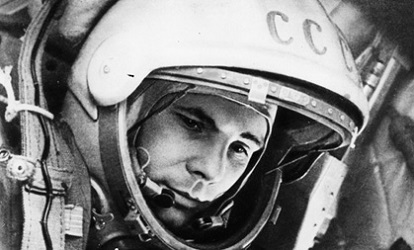 They looked into the future, well beyond election campaigns and popularity polls. Thanks to the foundations laid in the middle of the 20th century we have enjoyed several decades of the promised progress in societal, economical, technological and scientific domains.

Under the leadership of Jacques Delors, a French economist and politician, and the eighth President of the European Commission, Europe decided on a single currency, the Euro. It was also decided to remove internal border controls and create the Schengen zone. When I was young the world was evolving exactly in the way I had grown up to believe - it was getting better. And this was the promise of the 20th century.

So, where are we today? I am sure you’d agree the world has changed in ways we did not anticipate even 20 or 25 years ago. What about Europe? Certainly we can no longer view events in isolation from the rest of the world. Just in the past decade we have undergone a banking crisis and Euro crisis. We are still in the midst of a refugee and terrorist crisis and have been confronted with the danger of the EU falling apart, as some countries seek to regain national identity.

What happened to the promise of the 20th century that life will get better, that the future holds improvements for everyone? When and where did we lose it? Or was it just an illusion all along? The leaders in the 20th century managed to rebuild Europe after a devastating war and lay the foundation for its progress and development but why are we no longer sure which way to go to give our children and grandchildren the same kind of certainty?

Today’s leaders seemingly lurch from one crisis to another. And in the process we have lost track of vision and concentrated on a backlog of failures. Politicians across Europe are forcing each other into populist measures to please themselves and the electorate. And the electorate largely demands short-term solutions for immediate questions.

But where would we be today if the decision to fund Christopher Columbus’ great voyages of exploration were not taken by the Spanish crown because, let’s be honest, there was not much use in it to a peasant in the 16th century?

Where would we be if the Wright brothers did not make their historic flight, or if the Space Race did not bring out the best of two giant superpowers? Where would we be without satellite navigation, innumerable tv channels and weather forecasting? Today, we take these comforts for granted and do not even think about the impact they have on our daily lives - but in European terms they have been delivered at the price of just 10 euro per European citizen per year.

Should our evolution stop now? Is this the legacy we want to leave our children and grandchildren - the level of development achieved by the beginning of the 21st century? Will we stall on a comfortable plateau of European grandeur, or will we live up to it?

To me the answer is obvious. We have cutting edge knowledge and we have the experience of achieving the impossible, a heritage of exploration and discovery dating back hundreds of years. 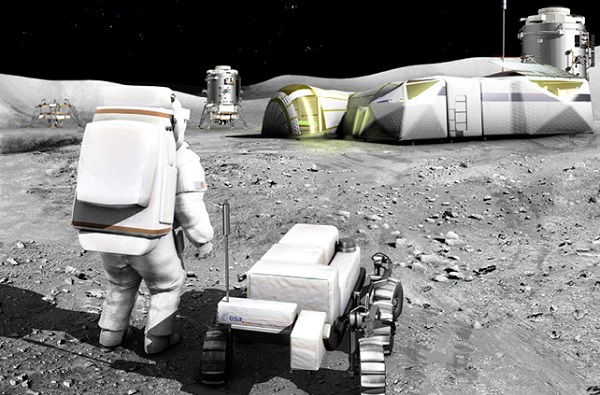 Working on a future lunar base or ‘Moon Village’

My response it that now is time for Europe to once again take the lead in moving humanity forward. I am calling upon European leaders to take a bold decision to transfer all European countries to carbon free energy system by 2050. In terms of capability and resources, all the prerequisites are there. And the benefits will be significant - job creation, growth stimulation, European energy independence, a cleaner environment and creating a lead role for European industry in the global economy

It would be exactly in line with the goals set by the United Nations’ Climate Change Conference held in Paris, France, at the end of 2015, an environmental summit which set clear targets and goals for public and private sector investment. And, as a flagship project, creating a ‘carbon free’ society across Europe by 2050, should also be the catalyst to lead a global effort to establish a human outpost on the Moon - a ‘Moon Village’ - that by definition will require a renewable energy system.

In the year of the 55th anniversary of the first human flight into space, these are the visionary decisions Europe’s leaders should take a lead on now. Following in the footsteps of the great Europeans like Robert Schuman, Konrad Adenauer and Charles De Gaulle, we should look beyond the current crisis and set visionary goals which carry a realistic promise of progress and a better future for the next generations of Europeans. Let’s again be daring for our future and rise above the day-to-day problems. Let’s decide now, it is time!

If you would like to submit a short opinion, letter or comment article to ROOM please send it via email to: Clive Simpson, Managing Editor -
clive_simpson@room.eu.com. 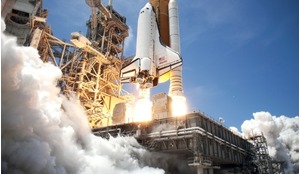 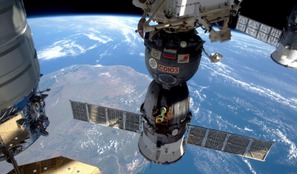