The Annular Ion Engine (AIE) concept represents an evolutionary development in gridded ion thruster technology with the potential for delivering revolutionary capabilities. It has this potential because the AIE concept: (a) enables scaling of ion thruster technology to high power at specific impulse (Isp) values of interest for near-term mission applications, ≤5000 sec; and (b) it enables an increase in both thrust density and thrust-to-power (F/P) ratio exceeding conventional ion thrusters and other electric propulsion (EP) technology options, thereby yielding the highest performance over a broad range in Isp. 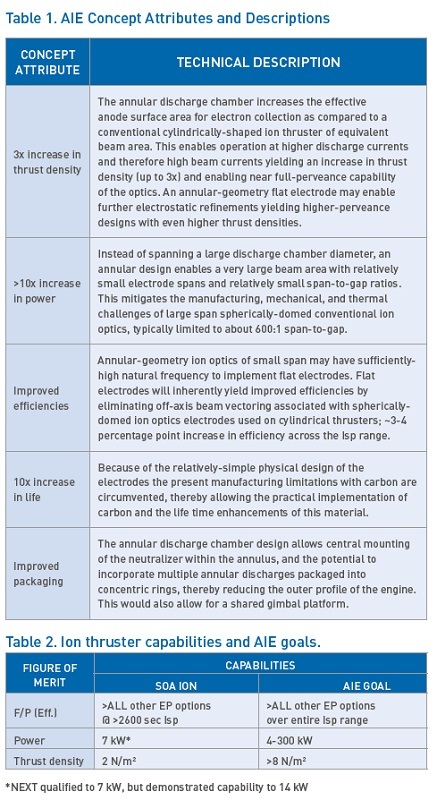 The AIE concept represents a natural progression of gridded ion thruster technology beyond the capabilities embodied by NASA’s Evolutionary Xenon Thruster (NEXT) [1]. The AIE would be appropriate for: (a) applications which require power levels exceeding NEXT’s capabilities (14 kW [2]), with scalability potentially to 100s of kW; and/or (b) applications which require F/P conditions exceeding NEXT’s capabilities.

The AIE concept consists of an annular discharge chamber with a set of annular ion optics, potentially configured with a centrally-mounted neutralizer cathode assembly. This concept is illustrated in Figure 1. A NASA-developed second-generation (‘GEN2’) full-scale AIE under test with beam extraction is shown in Figure 2 [3]. 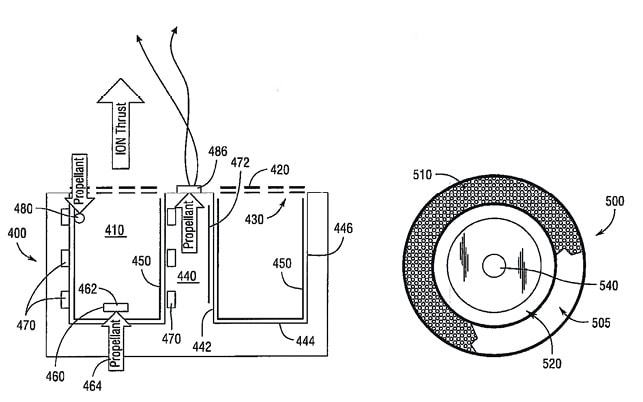 The AIE has significant potential advantages over conventional ion thrusters and other EP thruster concepts [4]. Attributes and technical descriptions of the AIE are listed in Table 1, and include: very high thrust density; extensibility to high power; improved efficiencies and F/P; enhanced lifetime; and improved packaging over State-of-the-Art (SOA) EP thrusters. 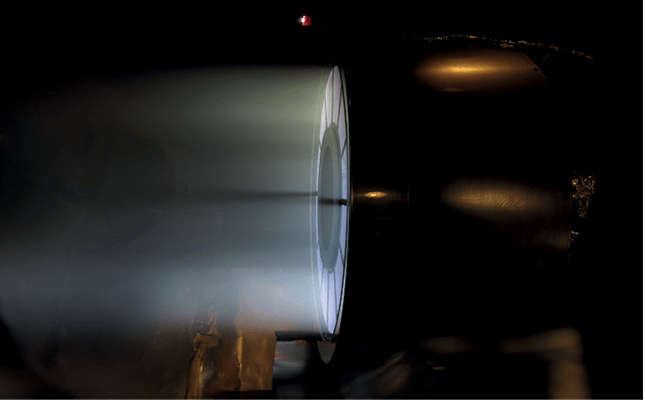 Below 2600 seconds, Hall-Effect Thrusters [HETs], as embodied by the commercial HET (BPT-4000) [5], and the 12.5 kW HET (Hall Effect Rocket with Magnetic Shielding, or HERMeS) under co-development by NASA and JPL for the Solar Electric Propulsion Technology Demonstration Mission (SEP TDM) project [6] have superior performance as compared to all other EP technology options, including conventional ion thrusters (note: potential thrust losses due to cant-angle requirements for HET’s larger beam divergence are ignored). Figure 3 quantifies the SOA HET [5, 6] and SOA Ion [3] F/P ratio as a function of Isp. These two technologies represent the highest performance EP thruster options in the US inventory.

The AIE, with improved thrust and electrical efficiencies associated with flat electrodes and increased thrust densities, has the potential to increase SOA ion efficiencies and F/P over the entire Isp operational range. This would drive down the performance cross-over point between Ion and HETs below 2600 seconds, thereby yielding superior performance over the entire Isp range [3].

Figure 3 also includes projected performance for the AIE: a near-term (‘minimum’) performance curve assuming reduced thrust losses via implementation of flat ion optics, but with comparable discharge electrical efficiency to the NEXT thruster; and an optimised (‘maximum’) performance curve which assumes both reduced thrust losses and superior discharge electrical efficiencies as compared to the NEXT thruster. As indicated, the near-term curve drives down the Isp cross-over point to about 1800 seconds, and the optimised curve yields a superior efficiency over the entire Isp range. Figure 4 re-plots the data and projections from Figure 3, displaying thruster efficiency vs. specific impulse.

With respect to Table 2, the AIE concept also enables the fabrication of high perveance large-area ion optics, which in turn increases the power handling capability per engine, doing so at specific impulse levels of interest (≤5000 sec., typ.). AIE designs capable of processing 100s of kW should be feasible [7].

In addition, the AIE should allow for operation at substantially higher thrust densities than SOA ion thrusters; to 8 N/m2 or greater. This is because the annular discharge chamber increases the effective anode surface area for electron collection as compared to a conventional cylindrically-shaped ion thruster of equivalent beam area. This should enable operation at higher discharge currents and therefore high beam currents yielding an increase in thrust density and, if properly implemented, enabling ion optics operation at or near the Child-Langmuir limit [8].

The AIE represents a natural progression of gridded ion technology beyond that embodied by NEXT ion propulsion system (IPS), and its development to higher Technology Readiness Level (TRL) can leverage the substantial resources made-to-date in the development of NEXT. Very modest resources are required to advance the AIE concept TRL, while yielding multiple product pathways supporting NASA, National Security Space (NSS), and Commercial Space (CS) applications.

A significant number of thruster components are the same (identical, or similar) for both the NEXT thruster and the AIE, including: wiring; magnetic material; discharge chamber materials; discharge and neutralizer cathodes; high voltage propellant isolation, and high voltage insulators; etc.

In addition, depending upon the maximum input power for the AIE, the low voltage power modules (discharge cathode and neutralizer cathode heaters, and discharge) and high voltage accelerator power supply modules employed in the NEXT Power Processor Unit (PPU) could be used as-is, or the topologies for the modules (e.g., discharge) could be scaled as required for higher power.

The beam power supply in the NEXT PPU, which processes the bulk of the input power, was intentionally designed to be scaled via the addition of modules as required to process the maximum beam current. This would be an appropriate approach for development of an AIE PPU.

The complexity of the AIE PPU would be driven by the intended application. In applications requiring either high F/P, or high power, one can envision a reduced input voltage range into the PPU (reduced from the NEXT PPU requirement of 80-160 V), and possibly two, or a few, throttle set-points (as opposed to NEXT’s 70+ conditions). 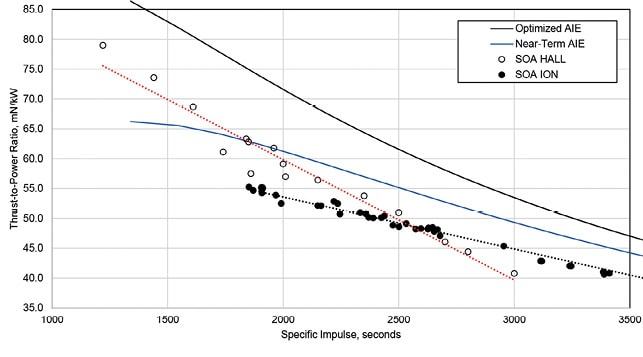 Figure 3. Thrust-topower ratio vs. specific impulse for SOA HET (BPT-4000 and HERMeS HETs), as well as SOA ION. Curve fits of data for both technologies indicate a cross-over in F/P at about 2600 seconds. Also plotted are ‘near-term’ and ‘optimised’ AIE projected F/P.

If the performance projections as reflected in Figures 3 and 4 can be realised, the AIE option could be a superior solution to existing Ion and HET systems presently employed on NSS and CS assets in Earth orbit. A bi-modal system in which the AIE is operated at high power, high F/P, low Isp, for orbit transfer, and then operated at reduced power, high Isp for station keeping - operating at maximum input power levels in the range of 10-20 kW per string - may be a desirable, low technology risk, pathway.

The AIE has significant potential for application to NASA science missions, via the Science Mission Directorate (SMD) - which has supported, and continue to support, the maturation and transition-to-flight of the NEXT IPS. While science missions may be less sensitive to gains in F/P, and in the near-term may not benefit from significant increases in power handling capability (beyond more than 10-20 kW per string) - improvements in propellant throughput, via the practical application of carbon ion optics which the AIE approach affords, could all but eliminate the anticipated first-failure mode of the ion thrusters, yielding ~10x increases in life time.

This capability could be leveraged in several ways - by execution of missions requiring longer thruster life; by reducing the number of thruster-PPU strings necessary to process the required propellant; reducing or eliminating the application of redundant strings; and reducing the duration of life validation testing. 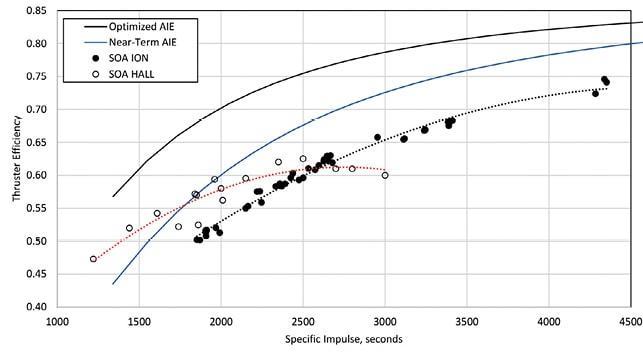 The AIE also could play a major role for application in support of human architectures, via NASA’s Human Exploration and Operations Mission Directorate (HEOMD), as a candidate propulsion option for 150 kW and 300 kW class Solar Electric Propulsion (SEP) vehicles. The AIE potential to extend ion thruster operation to 100’s of kW, doing so at specific impulse values of interest - at superior levels of efficiency relative to other technology options - makes it an attractive option.

Additionally, the near-lossless acceleration mechanism associated with gridded ion thrusters ensures electrical efficiencies in excess of 90 per cent; an important consideration relative to thruster and system thermal management when processing high power. Also as the power-to-mass ratio of SEP vehicles continues to increase with technology progression, the mission-optimal specific impulse will continue to trend upward. Adaptation of ion thruster technology to an upwardly-trending optimal specific impulse is an inherent advantage of the technology.

Despite limited resources significant progress has been made to date in the development of the AIE concept since conception in 2011 [9], including proof-of-concept, and demonstration of scalability (reference Figure 5): 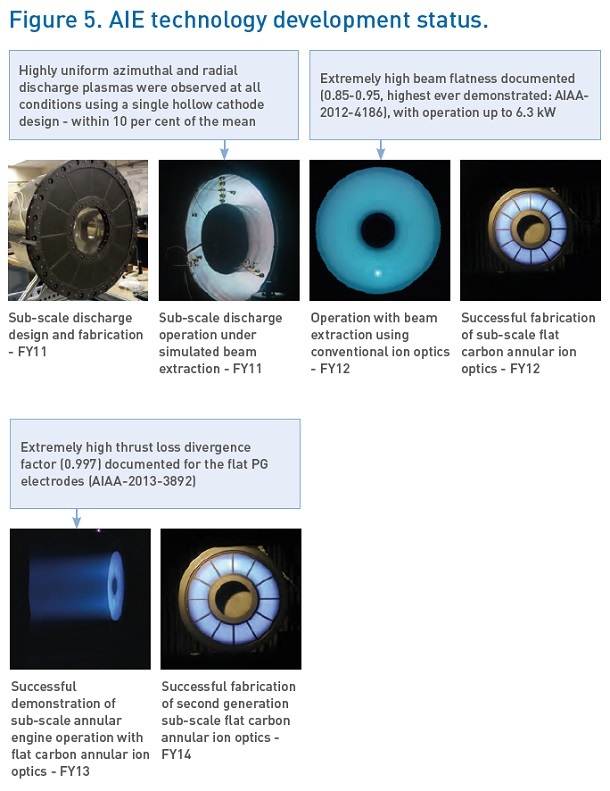 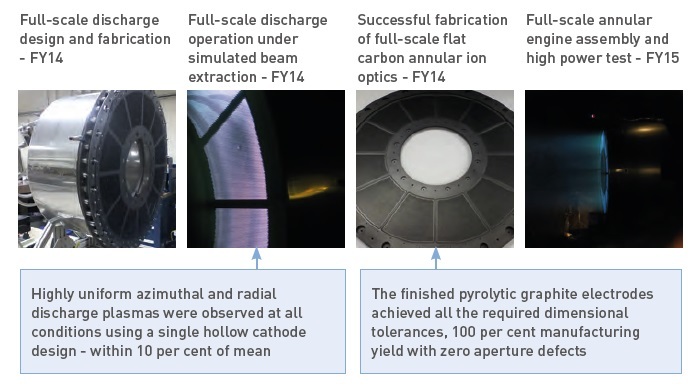 Forward work - including retesting of the GEN1 and GEN2 AIE hardware - is predicated on securing additional resources.

For the foreseeable future - as is the case for nearly all EP primary propulsion - the mission opportunities for the AIE are likely ~10x greater and ~100x greater for NSS and CS missions respectively, as compared to NASA missions based on historical mission rates. Despite these opportunities, the in-space propulsion investment resources within NASA appear constrained to the development of technologies which have specific and direct application to the anticipated/planned NASA mission set. To the degree these technologies also have non-NASA applications, leveraged resources are sought.

As such, and unless the technology is adopted for further development by non-NASA U.S. customers, the NASA development path for the AIE concept will be supported to the degree it is aligned with the anticipated NASA mission set. The potential for ‘off-ramp’ products within these development activities which may have performance capabilities more-directly supportive of the non-NASA customers is possible.

The AIE concept has the potential to revolutionise the implementation of electric propulsion - delivering the highest performance technology option - whilst employing an approach based on well-understood physics and heritage of ion thrusters. It is ‘home-grown’ NASA intellectual property, with patents awarded and pending. The technology has the potential at ~10-20 kW power levels for NASA science missions (what’s next after NEXT?) and for Earth orbital national security space and commercial space applications. It is also well suited for human exploration and operations applications being scalable to 300 kW and greater. 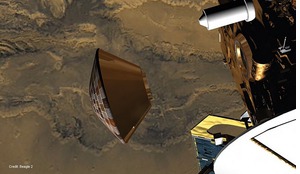 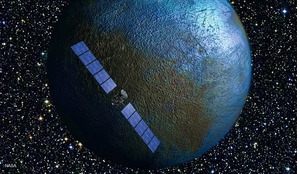