Professor Jan Woerner, Director General of the European Space agency, will meet with the press on Tuesday, September 27, between 15:00 and 16:00 during the 67th International Astronautical Congress.

Space exploration has gone through four marked eras. Space 1.0 was the time of astronomy (and astrology). After that came Space 2.0, when the space race saw launches of Vostok and Apollo. The International Space Station was built during Space 3.0, the same era when international cooperation became vital to space exploration. Today, during Space 4.0, the approach to space exploration has changed – there are many more nations with space programs, commercial space exploration is beginning to take off, and it truly is a new era for both the space industry and national space agencies. Both public and private interests are represented in space, and we are the first generation to witness the appearance of space tourism. 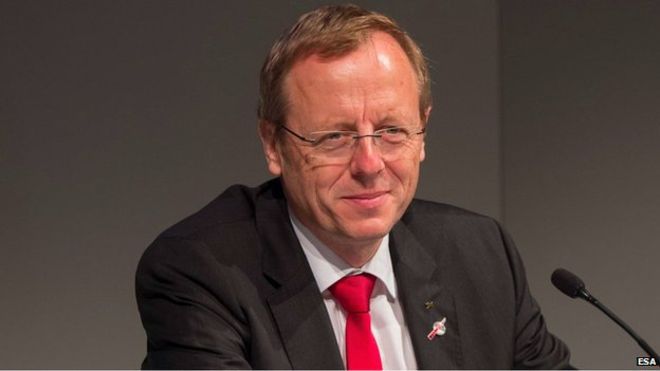 Professor Woerner will discuss programs that will be proposed for adoption to Ministers responsible for running space programs in Europe at the upcoming ESA Council meeting, which is scheduled for December 1 and 2, 2016, in Lucerne, Switzerland. ESA is ready to take on new challenges and fully embrace this new space era, seeing strategic challenges as opportunities for European space activities and continuing to innovate, inform, inspire and interact.

Members of the press are invited to attend and accreditation and registration are still open.