A scientific breakthrough as gravitational waves detected for the first time

The first direct detection of gravitational waves and the first observation of a binary black hole merger has been observed by researchers using the two detectors of the Laser Interferometer Gravitational-Wave Observatory (LIGO). The discovery is a triumph for scientific breakthroughs and confirms a prediction made by Albert Einstein on the existence of gravitational waves made 100 years ago in his general theory of relativity.

"It's the first time the Universe has spoken to us through gravitational waves. Up until now, we've been deaf,” said Professor David Reitze, executive director of the LIGO project at a news conference in Washington DC.

Gravitational waves are ‘distortions’ or ripples in the curvature of spacetime which propagate as waves and are caused by some of the most violent and energetic processes in the Universe, in this case merging black holes. Through calculations, Einstein showed that massive accelerating objects would disrupt space-time in such a way that 'waves' of distorted space would radiate outwards from the source at the speed of light through the Universe. However he also calculated that these signals would be extremely weak, so much so that he thought they would never be detected.

The waves carry with them information on not only the cataclysmic origins of the phenomena in question, but also invaluable clues as to the nature of gravity itself. Confirmation of the waves will also help cement the theory that the Universe underwent a brief period of exponential expansion during the first moments of its existence – a theory known as inflation. Because inflation is a quantum phenomenon and gravitational waves are part of classical physics, establishing a link between the two has so far proven difficult. This however could be the first evidence that gravity has a quantum nature just like the other forces of nature and understandably this discovery will usher in a new era in astronomy.

Experiments to detect gravitational waves began in the 1960s, however it was only three years earlier that the actual physical reality of gravitational waves was debated and their existence considered to be true. The detection made by the LIGO Scientific Collaboration was made on September 14, 2015 from two black holes with masses of ~36 and ~29 times greater than the mass of our Sun and while numerous black hole candidates have now been identified, black hole mergers have not previously been observed. 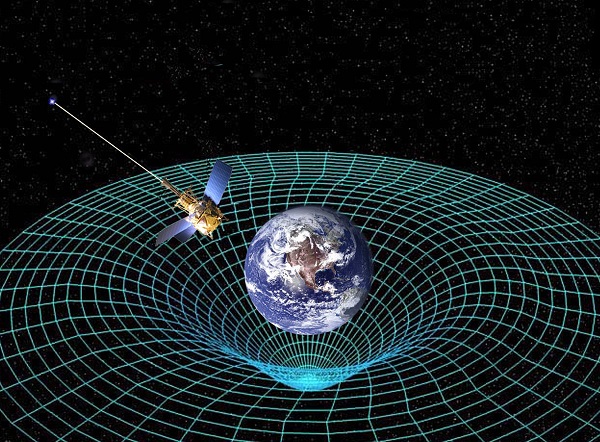 “This is transformational,” said Prof Alberto Vecchio, of the University of Birmingham, and one of the researchers at Ligo. “We have observed the universe through light so far. But we can only see part of what happens in the universe. Gravitational waves carry completely different information about phenomena in the universe. So we have opened a new way of listening to a broadcasting channel which will allow us to discover phenomena we have never seen before,” he said.

And listen you can, as when played as an audible sound the waves make an unmistakeable ‘chirp’ – a waveform whose amplitude and frequency both increase with time until eventually the two bodies merge together. Once the black holes have merged, a highly deformed single black hole will be left that will rid itself of its deformity by emitting excess energy in a process known as the quasi-normal mode or the ring down signal. Crucially, the waves from the last few minutes of the binary's evolution, should be detectable with laser interferometric detectors, such as LIGO and the Virgo detector in Italy.

“This observation is truly incredible science and marks three milestones for physics: the direct detection of gravitational waves, the first detection of a binary black hole, and the most convincing evidence to date that nature’s black holes are the objects predicted by Einstein’s theory,” continued Vecchio.

The detailed knowledge of the detected signal will provide researchers with a new observational tool to map and measure the Universe, as binary black holes will make it possible to measure the luminosity distance to sources at cosmological distances. This will enable researchers to measure the mean density of the Universe and its expansion rate to a greater precision than ever before.