ESTEC opens its doors, 9,000 hi-res Apollo photos go online, and other news from the weekend

The European Space Technology and Research Centre, or ESTEC, held an Open Day on Sunday, welcoming visitors to its facility in the Dutch city of Noordwijk. Guests were able to see demonstrations of developing technology, hear astronauts’ personal stories of space travel, and view a scale model of the 67P/Churyumov-Gerasimenko comet at the home of the Rosetta probe.

Even a stuffed toy Rosetta made an appearance. 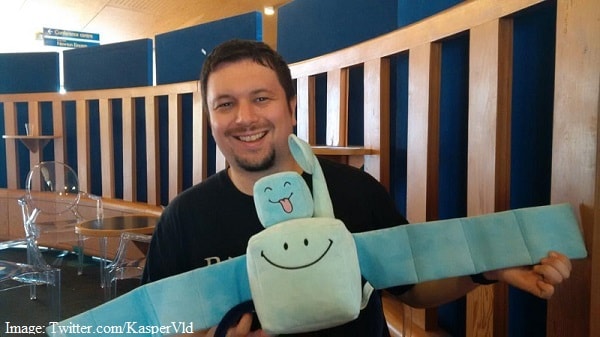 Sunday was also the 58th anniversary of the launch of the world’s first artificial satellite, Sputnik 1—a momentous day in the history of space exploration!

Britain’s Daily Mail reported that a Russian fan of Manchester United, Alexei Yakovlev, enlisted astronaut Steve Swanson to take a team flag into orbit on the International Space Station last year. The English team will visit Moscow to play CSKA in a Champions League group match on October 21, when Yakovlev hopes to present it with the flag.

Hi-res versions of 9,200 photographs of the Apollo missions have been posted online, offering many unprecedented and often candid views of the historic programme.

Got a spare $50,000? That’s the minimum bid for Apollo 15 commander David Scott’s Bulova watch, the only personal timepiece ever worn on a lunar spacewalk, which will be up for online bidding on October 15.

Finally, United Launch Alliance, a Boeing-Lockheed Martin joint venture, held its 100th successful launch from Cape Canaveral, Florida, on Friday. The Atlas V rocket was carrying a Morelos-3 satellite for Mexico’s network of satellites, but The Washington Post reported that the milestone launch came at a time when ULA is facing high pressure due to competition and U.S. government restrictions on the use of Russian engines.