On December 8th, French and German space ministers confirmed their decision to launch a methane-measuring satellite that would be a crucial part of a global greenhouse gas emission assessment system.

The project is currently six years behind schedule, but in statements made at the United Nations Climate Change Conference, Brigitte Zypries (Germany's federal coordinator for German aerospace policy) and Thierry Mandon (French Research Minister) confirmed that their governments are fully behind the project.

The project to launch the Merlin satellite originally received backing at the highest level back in 2010, but due to financial issues in both France and Germany, as well as some technological challenges (building the principal lidar instrument), has not made much headway since.

But today lidar technology is becoming more of a reality, and the funding from both countries has finally become available, giving Merlin the go-ahead earlier this year.

The mission is estimated to cost 250 million euros ($266 million), which includes construction and launch of the satellite, three years operations in low Earth orbit, and the ground infrastructure.

The launch is expected to happen in 2020 on either a Europeanized Russian Soyuz rocket or a Vega small-satellite launcher.

France's contribution to the Merlin project will be 100 million euros and will be used to develop a new-generation Myriade satellite platform, as well as the ground infrastructure. Germany is investing 150 million euros, which will mainly go towards developing the lidar instrument, to be built at Airbus Defence and Space’s Ottobrunn, Germany, facility. 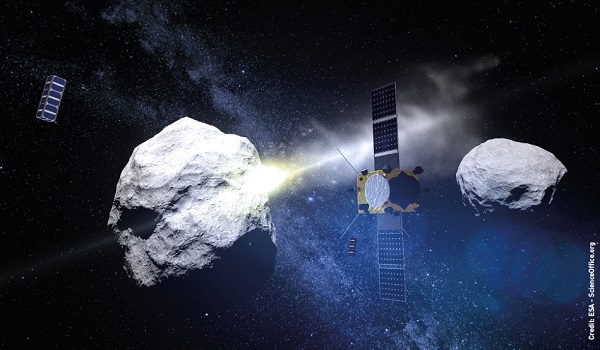