Many Earth-dwellers in the Northern Hemisphere have been treated to stunning auroras in early October, even further south than usual. 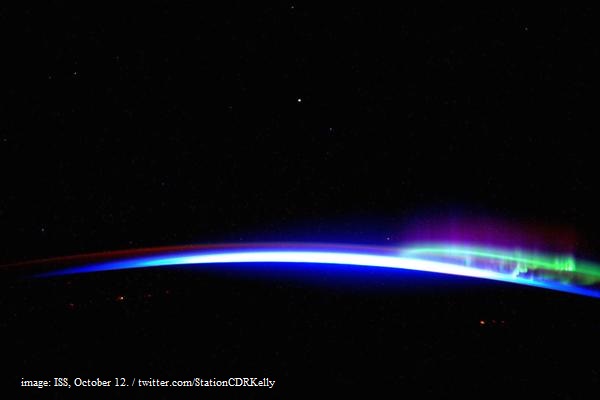 Now images of the cause of the light show, courtesy of NASA’s orbiting Solar Dynamics Observatory, have been released. On October 10, the hole in the sun’s outer layer, or corona, stretched for the equivalent of 50 Earths, Space.com reported.

The hole’s size has generated a stronger solar wind, which brought more intensity and a wider reach to the aurora borealis earlier this month. Visibility reached the northern band of the continental United States, though initial predictions of visibility further south later had to be revised.

The U.S. National Oceanic and Atmospheric Administration’s Space Weather Prediction Centre on Wednesday forecast continued activity through Friday, though at a lower level, as the hole in the corona moved west across the sun.

Sky-watchers hit the Internet with their photos, of course, from as far south as Northern Ireland, Denmark, and Minnesota, and Earth-watchers contributed shots from as far up as the International Space Station.