SpaceX plans to speed up the production and launch of its Falcon 9 rocket in 2016, as well as introduce its Falcon Heavy rocket and complete a test of its commercial crew vehicle. This was stated by the company's president Gwynne Shotwell in a speech at the Federal Aviation Administration’s annual Commercial Space Transportation Conference on February 3, 2016.
“It’s a really interesting year for us,” Shotwell said. “We’ve had the luxury in years past of having to build only a few rockets a year,” she said, “so we really weren’t in a production mode.” Last year would have been the first to require a high production rate of the rocket, she said, had it not been for the June launch failure that halted flights for nearly six months.

“Now we’re in this factory transformation to go from building six or eight a year to about 18 cores a year. By the end of this year we should be at over 30 cores per year,” she said. “So you see the factory start to morph.”

Those changes, Shotwell said, include doubling the number of first stages that can be assembled at one time from three to six. The company is also working to accelerate production of the Merlin engines that power the Falcon 9 since, at the higher production rates planned for this year, the company will need to build hundreds of engines a year.

That accelerated production, she said, is needed to support SpaceX’s growing manifest of launches. “We’re busy. We’ve got a big manifest, a lot of customers to go take care of,” she said.

SpaceX’s launch schedule, and its ability provide service to its customers has been of some concern in the industry. The company has yet to announce a launch date for its next mission, carrying the SES-9 communications satellite, with speculation that the launch might slip into March.

Shotwell, after her conference speech, said SpaceX plans to launch SES-9 “in the next couple of weeks.” The company then plans to maintain a high flight rate. “You should see us fly every two to three weeks,” she said. 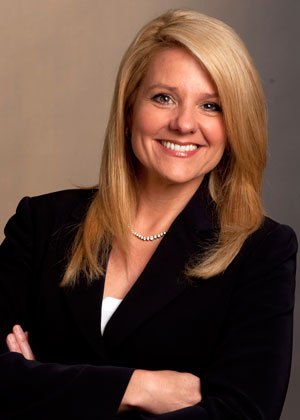 Although SpaceX plans to increase production of the Falcon 9, changes are still being made to the vehicle. The December 21 launch was the first flight of the “full thrust” version of the vehicle, and also the first time the the company successfully landed the rocket’s first stage as part of its reusability efforts.

Few details about the status of the company's larger Falcon Heavy rocket were discussed. The rocket is expected to launch later this year, although Shotwell did not announce a more detailed schedule for the first launch. On January 30th, Elon Musk, founder and CEO of SpaceX, said that the vehicle “is supposed to launch toward the end of this year. I’d say maybe late September.”

Falcon Heavy will launch from Launch Complex 39A, the former shuttle and Apollo launch pad at NASA’s Kennedy Space Center that SpaceX is leasing. Work to renovate the pad to support Falcon Heavy and crewed Falcon 9 launches is wrapping up, Shotwell said.

“We have completed and activated Launch Complex 39A,” she said. However, she added that the company still had more work to do on the pad this year to support crewed Falcon 9 flights.

Those crewed Falcon 9 flights are still on schedule to begin in 2017. Shotwell said the company is planning an in-flight abort test of the Crew Dragon spacecraft before the end of this year, where the vehicle uses its thrusters to separate from a Falcon 9 rocket during ascent. That will be followed in 2017 by two demonstration flights to the International Space Station, the first without a crew and the second with astronauts on board, and then the first operational mission.