If all goes smoothly today, then right about now SpaceX will be in the midst of launching its heaviest payload to date (launch time set for around 14:56 UTC) and packed onboard the crowded rocket will be 60 satellites as part of its Starlink mega-constellation.

The flight will mark a number of achievements made by SpaceX including the first re-flight of a recovered fairing – the nosecone – previously flown on Falcon Heavy’s Arabsat-6A mission earlier this year. The nosecone is designed to protect satellites during launch and is then normally discarded, but with an estimate cost of $6 million, SpaceX has made efforts to reuse this essential part.

Even more spectacular, the mission will mark the first fourth flight of a Falcon 9 first stage that previously supported the Iridium-7, SAOCOM-1A, and Nusantara Satu missions.

Top marks to SpaceX then, for the mission's reusability factor.

However, amongst the die-hard SpaceX fans watching the launch, many whose job or passion it is to watch and record the night skies will also be keeping an eye out on the developments that occur after 60 fully operational Starlink satellites, each weighing about 227 kilograms, are deployed.

One of the 60 satellites has already earmarked as a potential failure from the get-go, but that still leaves 59 potentially bright spots of light blighting the skies above Earth.

Given the amount of satellites already orbiting Earth, 59 additional lumps of metal might not seem a huge deal to some, but this is small fry compared to the overall number SpaceX want to deploy in total.

And the company are already in the bad books with the astronomical community as it is.

After the first batch of satellites were deployed, pictures surfaced of a train of lights sailing through the dark skies in one long line (see below). An image that quickly cast the Starlink satellites as having a negative impact on astronomy.

In response to those concerns, SpaceX boss Elon Musk said the company would consider reducing the albedo of the satellites I.e how much light they reflect, by painting them black.

However, pictures that have been released of this latest batch do not seem that much different from the first lot. “It doesn't look like they have been painted black to lower their reflectivity as SpaceX said they would?” Said journalist Jonathan O’Callaghan via Twitter.

If SpaceX haven’t kept to their word, will it really make a big difference to the night sky or is it just a big fuss about nothing?

Since the first 60 Starlink satellites were placed in orbit, Jonathan McDowell, an astrophysicist at the Harvard-Smithsonian Center for Astrophysics along with some amateur astronomers, have been monitoring the brightness of specific satellites compared to the stars around them.

Although a comprehensive analysis is far from complete, the Starlink satellites are regularly peaking at magnitudes between 4 and 7; a visibility that is bright enough to see without a telescope. "The bottom-line answer is, you can consistently see these things," said McDowell in an interview with Space.com.

McDowell hopes to repeat his brightness check once this latest batch have reached their final orbits.

The impact of thousands of them “would represent a serious change to the night sky,” concluded McDowell. 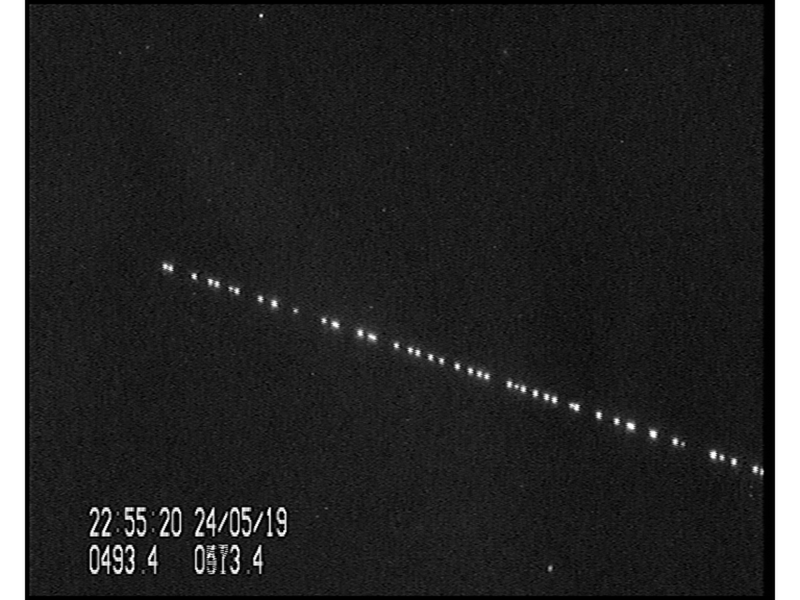