The Rosetta spacecraft has crash-landed on 67P/Churyumov-Gerasimenko comet at 11:19 UTC today, September 30, 2016, marking the end of its 12-year mission. Rosetta continued sending back images of the comet up until the time of the crash, providing the closest look of the comet to date.

"Rosetta has entered the history books once again," says Johann-Dietrich Wörner, ESA's Director General. "Today we celebrate the success of a game-changing mission, one that has surpassed all our dreams and expectations, and one that continues ESA's legacy of 'firsts' at comets." 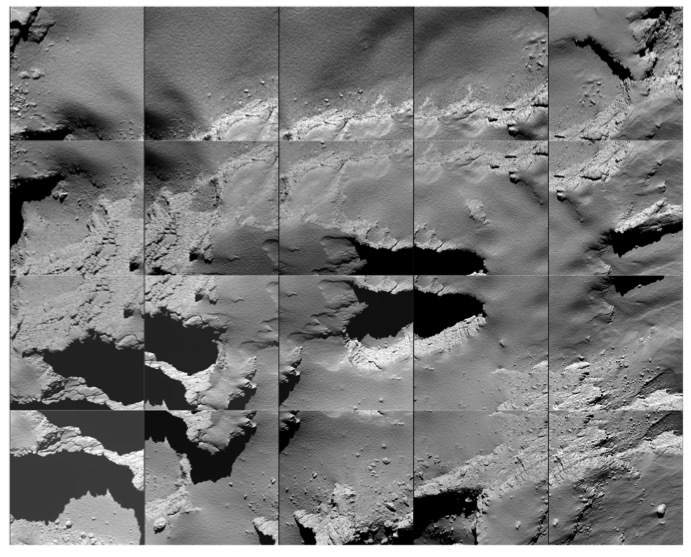 Sequence of images captured by Rosetta during its descent. Credit:ESA/Rosetta/MPS for OSIRIS Team MPS/UPD/LAM/IAA/SSO/INTA/UPM/DASP/IDA 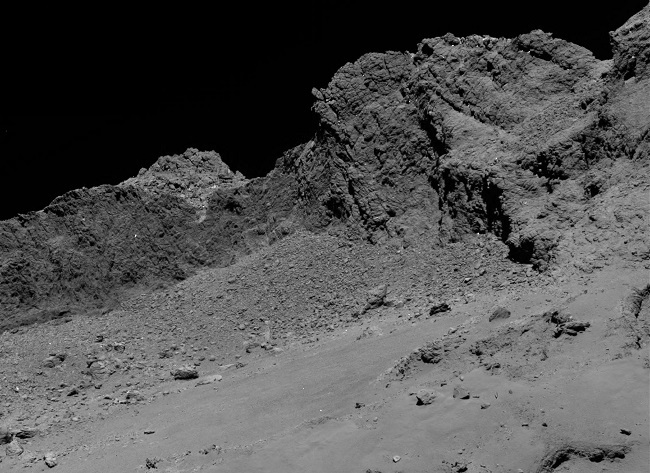 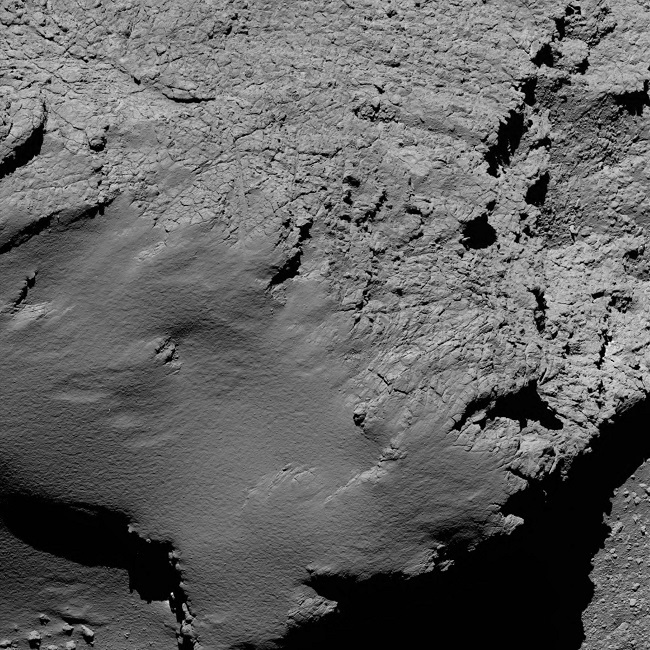 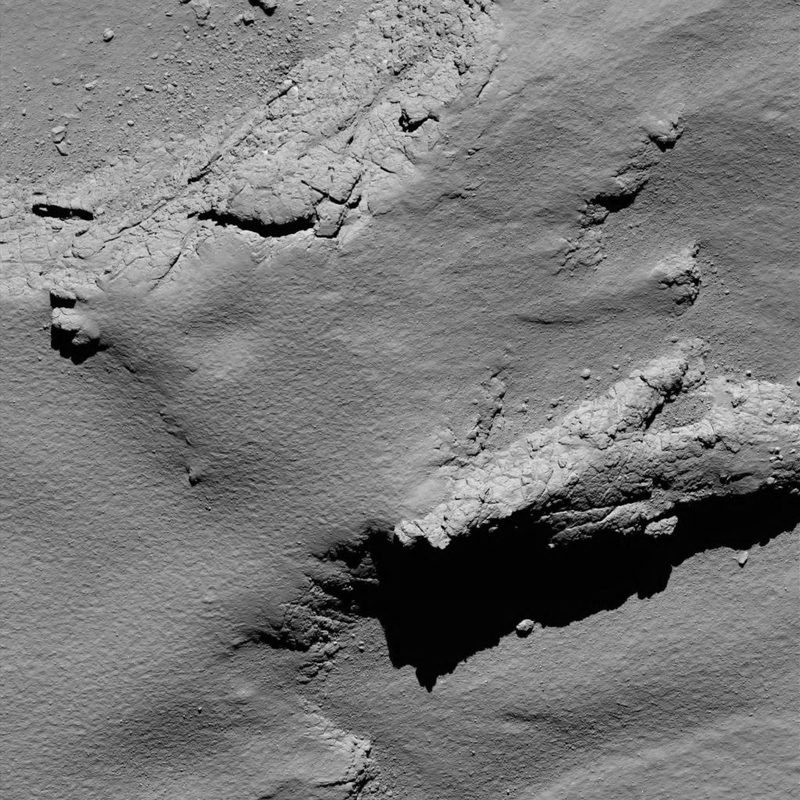 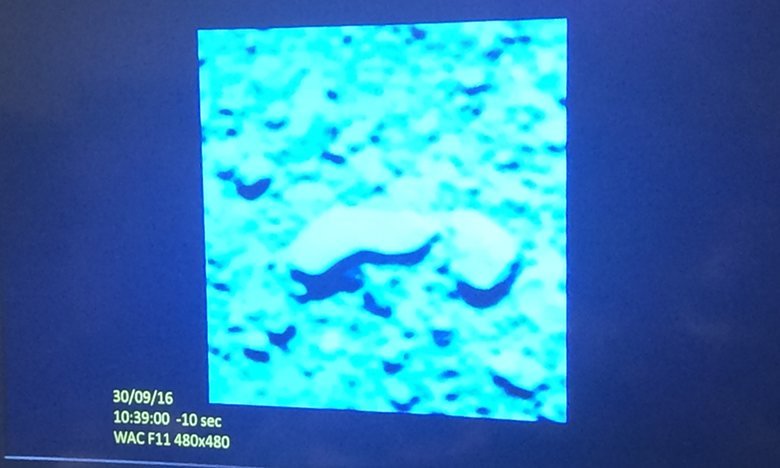 Final image taken by Rosetta 10 seconds before the crash.Credit:ESA/Rosetta/MPS for OSIRIS Team MPS/UPD/LAM/IAA/SSO/INTA/UPM/DASP/IDA

"Thanks to a huge international, decades-long endeavour, we have achieved our mission to take a world-class science laboratory to a comet to study its evolution over time, something that no other comet-chasing mission has attempted," notes Alvaro Giménez, ESA's Director of Science. "Rosetta was on the drawing board even before ESA's first deep-space mission, Giotto, had taken the first image of a comet nucleus as it flew past Halley in 1986. The mission has spanned entire careers, and the data returned will keep generations of scientist busy for decades to come."

"With the decision to take Rosetta down to the comet's surface, we boosted the scientific return of the mission through this last, once-in-a-lifetime operation," says mission manager Patrick Martin. "It's a bittersweet ending, but in the end the mechanics of the Solar System were simply against us: Rosetta's destiny was set a long time ago. But its superb achievements will now remain for posterity and be used by the next generation of young scientists and engineers around the world."

On this emotional day for both the ESA and the global space industry, as the world says good-bye to Rosetta, our wishes were perhaps summarized best by Brigitte Zypries, the German Parliamentary State Secretary. "Wake up, Rosetta!" - that's history. It's now time to say: "Sleep well, Rosetta."

ROOM spoke to Dr. Paolo Ferri, Spacecraft Operations Manager for the Rosetta Mission, head of Solar and Planetary Missions Operations division on this historic occasion. "It was a sad moment today when we saw the signal from Rosetta disappearing from the screens, about 30 seconds after the expected touchdown time", said Dr. Ferri. " For a few minutes nobody said a word in the control room, people hugging each other, trying to hold the tears. At the same time it was a fantastic day. Rosetta once again did not disappoint us, and performed all planned activities close to perfection: initial estimates indicate that we missed the target "landing" point by a few tens of meters, and most importantly all the scientific data collected during the descent were successfully transmitted to ground, including pictures taken as close as 5 m from the surface."

"It was the best way to end this fantastic, historical, unique mission: a clean, spectacular and scientifically valuable way. Also in its end Rosetta has made spaceflight history." 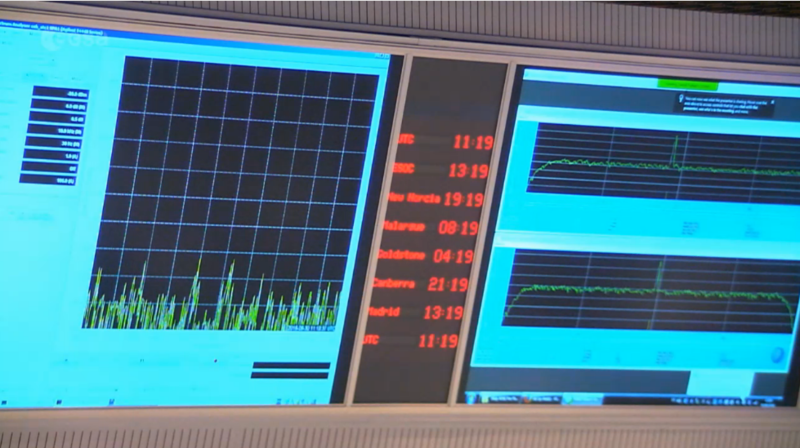