The site of a one-kilometre-wide impact crater that was created when a meteorite struck Scotland 1.2 billion years ago – the largest to have hit the British Isles – has finally been unearthed 11 years after researchers first identified evidence of its existence.

The structure, which not only lays hidden 15-20 kilometres out to sea west-northwest of Enard Bay, has also been misidentified since rocks from the region were first studied in 1907.

The rocks are part of a region known as the Stac Fada deposit and previous interpretations of odd inclusions found within them had led others to suggest that volcanoes had a role in forming them. These oddities included dark green fragments that had once been glass and quartz grains with unusual features.

Scotland is not renowned for its active volcanism, but 1.2 billion years Scotland was not where it is now or indeed looked like it does now; it would have quite close to the equator and in a semi-arid environment. However 11 years ago, other characteristics, such as a chromium isotope which was believed to be of a non-terrestrial source led Dr Ken Amor from the Department of Earth Sciences at Oxford University to rethink the volcanic connection with these rocks and instead put forward that a meteorite strike was to blame.

Amor and team then set about finding the location of the recently identified impact crater and coupled with other geological features such as field observations of nearby bedrock and the alignment of magnetic particles which were locked into the rocks from the heat generated during the collision, its position was identified.

“We've examined the orientation of magnetic particles within the fabric of the rock at several locations, and this (too) allows us to triangulate back to an origin," the Oxford researcher told BBC News. “It would have been quite a spectacle when this large meteorite struck a barren landscape, spreading dust and rock debris over a wide area.”

Just recently, another huge impact crater was discovered beneath the Greenland ice sheet although its impact is suggested to have been more destructive in other ways. Nonetheless, it is thought that collisions of this magnitude I.e with an object as big as one kilometre across or more, occurs between once every 100,000 years to once every one million years, although estimates vary as to the frequency.

“The material excavated during a giant meteorite impact is rarely preserved on Earth, because it is rapidly eroded, so this is a really exciting discovery. It was purely by chance this one landed in an ancient rift valley where fresh sediment quickly covered the debris to preserve it,” said Amor.

The theory that these rocks are definitely remnants of a meteorite strike are bolstered by other lines of evidence such as a gravity anomaly in the area, but proving this is the case is far from easy given its location. Past surveys were completed in the 1970s as part of an oil prospecting programme, however these are of poor quality and therefore of little help.

"What we really need is a new high-resolution geophysical survey - a 3D seismic survey," said Dr Amor. This would greatly assist the definition of any impact structure he concludes. 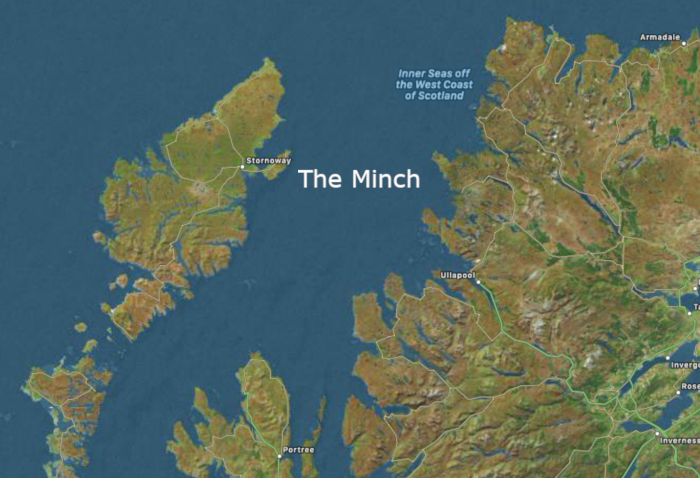 The location of the impact crater is centred about 15-20 km west-northwest of Enard Bay (north of Ullapool) - part way across The Minch towards Stornoway in the Outer Hebrides. 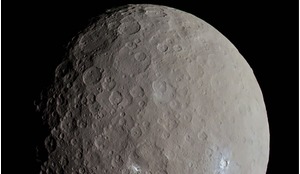