The QM-2 test was conducted in order to test the performance at the lower operational temperature limit (40 °F / 4.44 °C). The booster was kept in a cold environment for over a month in an attempt to uniformly cool the casing and propellant. All things being equal, solid propellant burns more slowly at colder temperatures, and now booster engineers will have the data they need to validate pre-test models. The previous QM-1 test (conducted in March of 2015) kept the booster in a hot environment (90 °F / 32.22 °C), in order to test its performance at the upper-temperature limit.

The boosters used for SLS have a new design, which features a longer length, a different fuel mixture, upgraded flight software and hardware, a larger nozzle, removal of recovery hardware, and an all-new insulating liner. A fully loaded booster weights 725,747 kilograms and is capable of producing 16,000 kN of thrust. The twin boosters' combined output of 32,000 kN will provide over 75% of SLS' total thrust at liftoff and burn approximately six tons of propellant per second.

Tuesday's test was delayed by a computer anomaly, resulting from a data link software issue on the hard drive. The affected part had to be replaced prior to testing.

Orbital ATK's vice president and general manager of propulsion systems Charlie Precourt said that the sequencer, ”responsible for the starting up and the right timing of the startup of a number of pieces of equipment...had been run perfectly during all of the dry runs and then when we booted it up for the dry run this morning; of course, we got a failure to link in its communication so we had to change out the hard drive with another version of the software and to make sure that we could proceed with the test.”

However, the fire test was ultimately successful and the qualification series for the upgraded booster are now complete. The booster will next be used on the maiden flight of the SLS on Exploration Mission 1 (EM-1), scheduled for the second half of 2018. NASA officials present at the test had noted that this was another milestone on the road to EM-1.

Alex Priskos, NASA booster manager, said that “this was a big deal today, the design certification review coming up in August for us, is a big, big deal and at the same time, we’re building production hardware […] I get visions, I feel that next fall is only a week away –at least that’s what it mentally feels like to me.”

NASA’s Associate Administrator for Human Exploration and Operations Directorate Bill Gerstenmaier had quite emotionally commented on the event, saying that, “I’m truly blessed to get to see this at a top level and then, occasionally, when I can’t stand Washington anymore, I get to go some remote location where something cool is going to happen; I get to pretend I’m an engineer for a brief period of time and then get motivated and go back and do my day job in D.C. You got to see something really special today.” 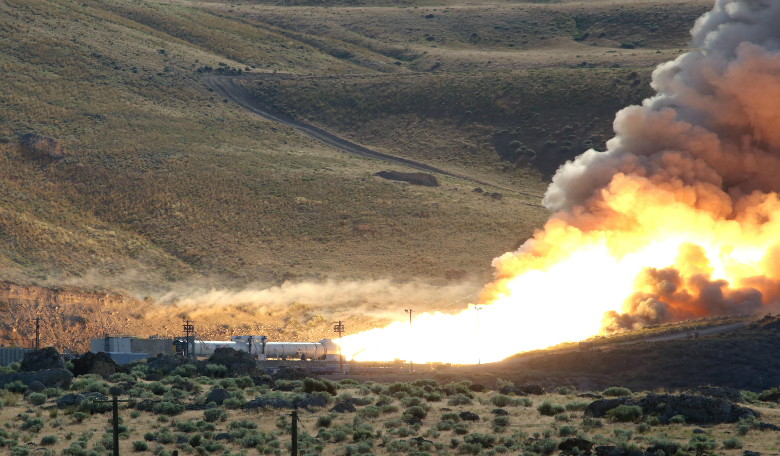