Prestwick Spaceport has secured a launch partner for its spaceport development in a landmark deal that will boost Scotland’s space industry ambitions and create an important strategic asset for the UK.

The Spaceport, represented by Glasgow Prestwick Airport and South Ayrshire Council, has signed a Memorandum of Understanding with Astraius, the leading UK-based, commercially operated horizontal ‘air launch’ company. The organisations will collaborate closely alongside other key project partners, including the Scottish and UK governments, to prepare for the orbital launch of small satellites from 2023.

The agreement brings together proven horizontal launch technology with a world-class spaceport development in response to a growing demand from satellite customers around the globe. Both organisations have, until now, been focused on technology and infrastructure developments but yesterday marks the beginning of an ongoing period of stakeholder engagement, with a strong focus on the supportive local community.

Mick O’Connor, Programme Director at Prestwick Spaceport, said: “Our launch partner announcement is the latest in a series of positive developments for the spaceport. With significant funding secured and state of the art aerospace capability on our doorstep, Prestwick is on the path to ensuring orbital launch from Europe becomes a reality.”

The design, infrastructure and launch capabilities at Prestwick Spaceport will also represent an important strategic asset for the UK. Prestwick has particularly strong transport links, a more than favourable climate for regular launches and a strong heritage of innovation and engineering expertise. The spaceport forms a key part of a growing ecosystem of companies and talent that will act as a catalyst to stimulate economic activity around space, boosted by multi-million pound Ayrshire Growth Deal funding.

Ian Annett, UK Space Agency (UKSA) Deputy CEO stated: “This partnership declaration is a sign of great confidence in the long-term vision for Prestwick, which will undoubtedly play a central role in Scotland's contribution to the UK space sector.”

Astraius will provide an innovative, already-proven launch solution with the necessary technology and expertise to carry out satellite launch operations, including the rare ability to perform multiple same day launches when required.

The company, which already has agreements in place with target customers, has a presence in both the UK and US and is therefore expected to benefit from the 2020 US-UK Technology Safeguards Agreement treaty, a legally binding agreement between the governments of the United States of America and the United Kingdom.

Astraius Chairman, Sir George Zambellas, said: “A revolution in space exploration and technology is underway. Satellites are transforming communication, knowledge sharing and helping to monitor the environment, whilst powering the global economy. Astraius exists to provide a dependable, affordable and agile means of launching the world’s next generation of small satellites. In joining with Prestwick Spaceport, we now have the partner that will allow us to make this vision a reality.”

Founded in the 1920s, Glasgow Prestwick Airport has been at the forefront of aviation and aerospace for almost 100 years. The airport was purchased by the Scottish Government in November 2013 to protect jobs and safeguard a strategic infrastructure asset. It operates as a commercial business. 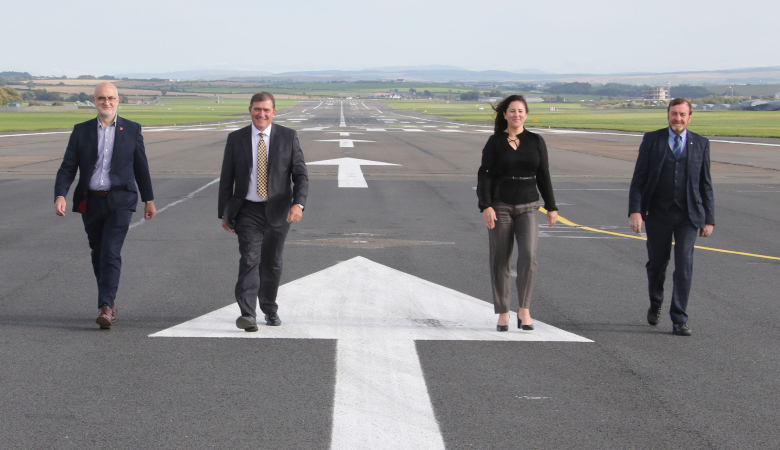