This was the second attempt to launch from the new, first-ever fully Russian cosmodrome. The first attempt, scheduled for April 27th, had been postponed a minute and a half prior to launch. According to Igor Komarov, head of Russian Roscosmos agency, the delay was due to “cable problems”, which have since been resolved. The rocket was launched successfully today at 5:01am Moscow time.

Igor Komarov, head of the Russian Roscosmos agency, said that “Today can be considered the opening day for the cosmodrome.” According to Roscosmos, by 2018 the cosmodrome is expected to launch 8-10 rockets annually.

The rocket carried three satellites into orbit - “Lomonosov”, “Aist-2D” and SamSat-218. The rocket's first stage fell in the Amur region, second stage – in Yakutia. The remainders of the rocket that do not burn up in the atmosphere are expected to fall in the non-navigable waters of the Pacific Ocean. 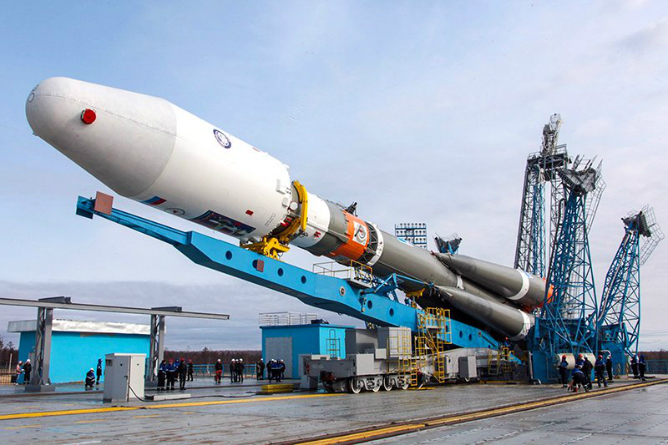 The Lomonosov satellite's objective is the observation of gamma-ray bursts, high-energy cosmic rays and transient phenomena in the Earth's upper atmosphere. The main instrument on board is the TUS (Tracking Ultraviolet Set Up) system, which is designed to measure fluorescence light, radiated by EAS (Extensive Air Showers) of Ultra High Energy Cosmic Rays (UHECR) in the earth atmosphere as well as for transients’ studies within UV-range.

The Aist-2D's mission is to test a new micro satellite bus. The prime payload is the Avrora imager which has a ground resolution of 1.48 meter in panchromatic mode and a 4.5 meter resolution in multispectral mode. Also on board is the BiRLK Bistatic P-Band Synthetic Aperture Radar (SAR) capable of observing targets hidden by vegetation and subsurface features as well examining global geology and vegetation biomass. The DMS-01 mass spectrometer analyzes the gaseous environment of the satellite, especially the outgassing of the satellite components.

The SamSat-218/D is a 3U Cubesat class satellite that demonstrates attitude stabilization by use of aerodynamic forces. The satellite body itself is a 2U CubeSat structure with an additional empty 1U compartment for aerodynamic stabilization.

The Lomonosov satellite was developed at Moscow State University, whereas the Aist and the Samsat satellites were created at Samara State Aerospace University.