Space for Humanity wants to send you to space

The recently launched organisation Space for Humanity, has announced that space will one day be for everyone and not just those of a certain privileged background, as it plans to send a non-astronaut to travel to the edge of space by the end of 2018.

Space for Humanity if a nonprofit organisation headed by Dylan Taylor that was launched last week at the NewSpace 2017 Convergence. As part of the group’s rollout, Space for Humanity is accepting applications for diverse individuals to be granted an all-expenses paid journey on the World View high-altitude balloon.

“Our longer-term vision is to send selected groups into Low Earth Orbit by 2022, the Moon by 2027 and deep space by 2030,” explains Taylor, the organisation’s founder.

Taylor is no stranger when it comes to funding and supporting space-related ventures as aside from being a SpaceNews columnist, he was also a founding partner of Space Angels, a global network of commercial aerospace investors and entrepreneurs.

According to the Space for Humanity website, it has been founded to both democratise space and to increase human awareness to help the world solve its most intractable problems.

At the NewSpace 2017 gathering, a Space for Humanity talk highlighted some statistics about those that have ventured where few have ventured before; as of June 2017, of the 536 people who have been to space 89 percent were men and 85 percent were westerners, and the 12 who have walked on the Moon fit into both categories.

“The crews selected for our missions are both diverse and uniquely qualified to share their experiences with their broader communities and the world. We believe that through group experience and a diverse selection process, we can do our small part to help take our species forward into a brighter future,” explains the website.

In other words, space should not be the privilege of multimillionaire white males who can already afford to go.

“Our stated mission is to send 10,000 diverse humans to space within the next ten years and so doing change human perception, democratise space, and improve the state of the World,” Taylor adds.

Some would say, that is indeed a bold claim to make. Perhaps the only way to find out is to be one of those 10,000 diverse beings and see if it really does make a difference. 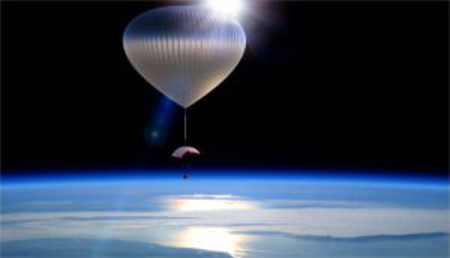