Located far on the outskirts of our Solar System are celestial bodies and minor planets called Trans-Neptunian Objects (TNOs), that have been mystifying scientists for many years. Pluto, perhaps the most famous TNO, was the first one to be discovered in 1930 – since then, almost two thousand Trans-Neptunian Objects have become known to astronomers. But even in the hundreds of discovered objects, one stands out.

“Niku”, or “Rebellious” in Chinese, was recently found by an international team of astronomers, who used the Panoramic Survey Telescope and Rapid Response System 1 Survey (Pan-STARRS 1). Niku is small by space standards, measuring only 200 km in diameter, and would have otherwise been just another TNO among hundreds, were it not for one thing. Niku orbits the Sun backwards.

Typically, when a planetary system is formed, angular momentum causes everything to spin in the same direction. Everything in our Solar System orbits the Sun counter-clockwise. Everything, it seems, except Niku, whose orbit is nearly perpendicular to the plane of the solar system.

Niku isn't a solitary rebel, as he appears to be a part of a cluster of other high-inclination TNOs and Centaurs (minor planets), with some of the objects orbiting prograde, and some orbiting retrograde.
So what it is that makes Niku so rebellious? One possibility is that Niku is influenced by the theoretical Planet Nine – a planet that astronomers believe may exist at the edge of our solar system that is about 10 times as big as our Earth. If it does exist, Planet Nine could be gravitationally influencing an entire population of celestial bodies. However, since no proof of Planet Nine has ever been found, and since Niku is much further from the edge of the Solar System than Planet Nine is expected to be, the research team has concluded that chances that Niku is being influenced by Planet Nine are fairly slim. So far, the only thing researchers are sure of is that something is at work out there that's making Niku circle the sun backwards – but whether it is Planet Nine or something completely different, is impossible to say. 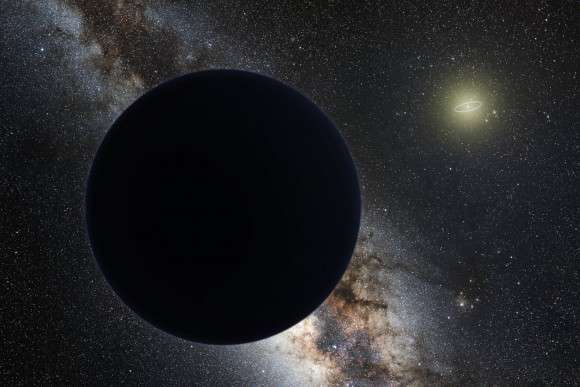 Artist’s impression of Planet Nine as an ice giant eclipsing the central Milky Way, with a star-like Sun in the distance. Neptune’s orbit is shown as a small ellipse around the Sun. Credit: ESO/Tomruen/nagualdesign


According to Konstantin Batyagin, the Caltech astronomer who announced the possible existence of Planet Nine earlier this year, "Whenever you have some feature that you can't explain in the outer solar system, it's immensely exciting because it's in some sense foreshadowing a new development. As they say in the paper, what they have right now is a hint. If this hint develops into a complete story that would be fantastic."

But for now, Niku's rebellious nature and its relationship to Planet Nine both remain a mystery.