Is there a space race or are India and China just coming of age?

Asian space programmes seem to have the momentum that many Western agencies are lacking these days: China is steadily increasing its human space activities; India is mounting an ambitious robotic mission to Mars; and several other countries are eagerly climbing the ranks. In many ways, the technological one-upmanship, political tensions and nationalistic rallying in the region over space matters look like a reprise of the 960s' space race between the United States and the Soviet Union.

The space race then was all about image and prestige, techno-nationalism, the idea that your space programme is an indicator of your power and technology prowess", says Joan Johnson-Freese, a space policy expert at the US Naval War College in Newport, Rhode Island. "The same thing holds true in Asia now."

China is steadily increasing its human space activities, India is mounting an ambitious robotic mission to Mars and several other countries are eagerly climbing the ranks 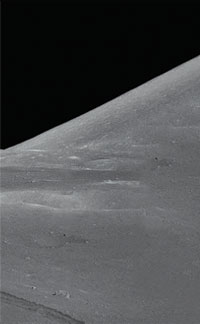 If it is a race, however, it's not a very close one. "China is still far ahead of everybody else", Johnson-Freese adds. "India is desperately trying to catch up. Japan has been in the same place for a long time." Other nations, including South Korea, North Korea, Indonesia and others, have made forays into Space in recent years; but none looks set to eclipse China anytime soon.

China is the third nation, after the USA and Russia, to develop its own human launch capability. The first manned Chinese spaceflight, Shenzhou 5, put astronaut Yang Liwei into orbit on a homegrown rocket and capsule in 2003. Four more human missions followed, achieving China's first spacewalk and then its first in-orbit docking with the nation's own prototype space station module, Tiangong 1. The China National Space Administration plans to build a large 20-ton space station for crews to live and work on by 2020.

The careful, incremental progress of China's space programme looks to be modelled on the steps the United States and others have already made in space. "They're at the level now where they've flown their version of Skylab", says Roger Handberg, a political science professor at the University of Central Florida, comparing Tiangong 1 to the US's first space station. The diminutive Skylab launched in 1973 and, along with the Russian Mir Space Station, was a precursor to the eventual construction of the 100-metre-long International Space Station (ISS).

Meanwhile China has also been pursuing robotic spaceflight, and saw its latest success in the landing of the Chang'e 3 rover on the Moon in December 2013. That feat made the country only the third nation, also after the US and Russia, to land a spacecraft on Earth's satellite - a tricky operation that requires precision navigation, tracking and manoeuvring.

If China is the leader in the Asian space race, India is the rising star. The unmanned Indian Chandrayaan-1 mission orbited the Moon from 2008 to 2009 and dropped an impactor probe on the lunar surface (an easier manoeuvre than making a controlled landing). The Chandrayaan-2 mission is set to follow with a lunar orbiter, lander and rover in 2016 or later.

India also launched the robotic Mars Orbiter Mission (MOM, nicknamed Mangalyaan) toward the Red Planet in November 2013. If it successfully enters orbit around Mars in September 2014, as planned, the Indian Space Research Organization will be the fourth space agency to do so after NASA, Roscosmos and the European Space Agency. Success is far from assured, however; historically more than half of all Mars missions have failed.

Smaller space players, such as Indonesia, Taiwan and Singapore, are ursuing satellite communications technology and other pace applications with direct economic benefits

"If they don't pull off the Mars mission, their credibility will take such a hit it will be hard to recover from", Johnson-Freese predicts, "which is sad because Space is difficult. But the Mars programme was the one area where India could get into the record books ahead of China."

Indian officials have also discussed sending people to Space, but whether and when the country will ever take that step is unclear. Compared to robotic spaceflight, manned travel is a significant leap in cost, difficulty and risk. "They talk about human spaceflight but I don't see the money there, I don't see them actually doing anything", Handberg says.

Japan was one of the early leaders in Asian spaceflight, and started launching satellites to study comets in the 1980's. In 2003 the Japanese Aerospace Exploration Agency (JAXA) launched the Hayabusa probe, which successfully rendezvoused with the asteroid 25143 Itokawa and returned dust samples back to Earth in 2010. This was a first. Japan also sent a successful orbiter to the moon in 2007 and a probe to Mars in 1998, but it failed to enter orbit. Many of the biggest Japanese successes in Space, however, have been in partnership with other nations, most notably as a collaborator on the International Space Station with the US, Russia, Europe and Canada. Japan built a large science lab room on the ISS and an automated cargo-carrying spacecraft, and Japanese astronauts have flown to the station, albeit aboard foreign vehicles. 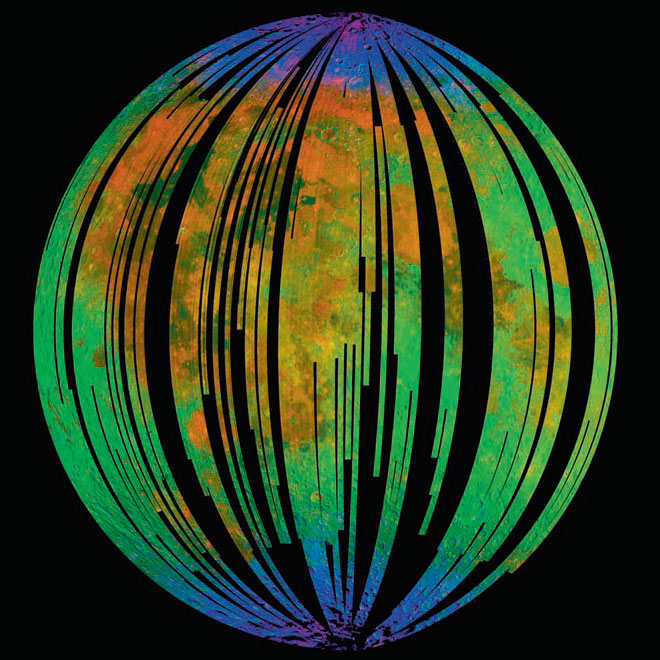 The Indian Space Research Organisation's Chandrayaan-1 mission carried NASA's Moon Mineralogy Mapper, which took this three-colour composite image of the side of the moon that faces Earth. Blue shows the signature of water, green shows the brightness of the surface as measured by reflected infrared radiation from the sun and red shows an iron-bearing mineral called pyroxene

South Korea has made some inroads in space, but it lags well behind the big three. The nation launched its first successful satellite to orbit in 2013, after two failed attempts, and seven weeks after its rival, North Korea, achieved the same feat. The South insisted that, unlike the North, its satellite was for purely scientific purposes.

"I think it's all about North Korea, although they will tell you otherwise", Johnson-Freese says. Most experts judge North Korea's space activities as completely military-focused, with the goal of building a ballistic missile capable of reaching the United States. "I don't consider it a space programme per se", says Handberg. "There's no interest in doing space science or any other application that would be useful."

Space technology in particular, being flashy and complex, often captures the most cachet. The political benefits, both athome and abroad, can be considerable

Smaller space players, such as Indonesia, Taiwan and Singapore, are pursuing satellite communications technology and other space applications with direct economic benefits, and appear less focused on science and exploration.

Even for the big fish in the space sea, however, exploration goals are often entangled with economic, political and military incentives. "Science is never the primary driver behind most of these efforts", says Roger Launius, Associate Director of Collections and Curatorial Affairs at the Smithsonian Institution's National Air and Space Museum in Washington, DC. "It doesn't mean they don't do science or that those scientific discoveries are not important." That reasoning goes for both Eastern and Western nations, he adds. As he puts it, "We didn't go to the Moon to learn about the Moon." 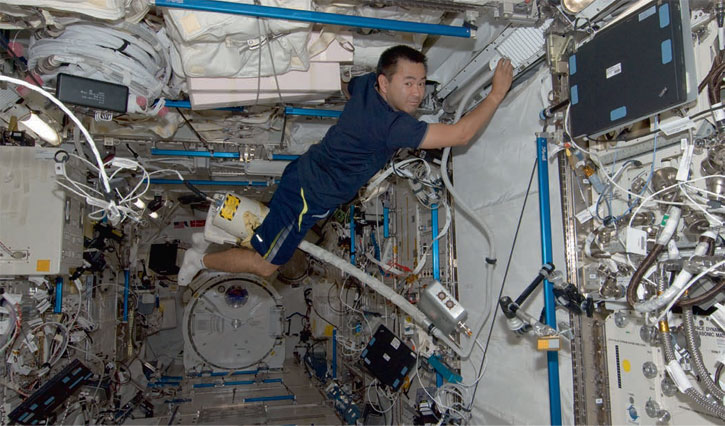 Nonetheless, the latest Asian space missions are accomplishing real research. Chang'e 3, for example, analysed lunar dust samples, studied moon topography and made observations of Earth and Space from the lunar surface. And if India's MOM makes it to orbit around Mars, it too will likely contribute to our understanding of the Red Planet. In fact, the MOM team will coordinate with the scientists behind NASA's Mars Atmosphere and Volatile EvolutioN Mission (MAVEN) mission, due to arrive in Mars orbit around the same time. Whereas MAVEN will study Mars' upper atmosphere, MOM carries different instruments, include a sensor to detect methane, a chemical that could mark the presence of microbial life.

Aside from science, a major factor in the Asian space race is prestige, as rapidly developing countries there use technology to jockey for status. Space technology in particular, being flashy and complex, often captures the most cache. The political benefits, both at home and abroad, can be considerable. "The Chinese view this as a useful exercise in swaying popular opinion inside the country in favour of this particular regime", Launius says. "This is a way to make the people in the nation feel better about the government."

Many Eastern space agencies also hope to reap financial benefits from Space. The technology required for such missions often has spin-off applications on Earth, and satellite imaging and communications tend to be lucrative. Indirectly, countries often hope that investing in their space programmes will inspire their students to study science and technology fields, eventually spurring their economies, and that other locally-made technology gets a boost in reputation and sales from the technological prowess the nation demonstrates in Space.

Ultimately, all these factors combined have convinced an increasing number of Asian governments of the benefits of space exploration. The military repercussions of some countries' advancements make Western officials wary; yet many people the world over who are interested in science and exploration see reasons for excitement. They consider that any step forward in Space benefits all mankind, and the accelerating Asian space race may be just the encouragement the Western world needs to invest in its own space programmes. 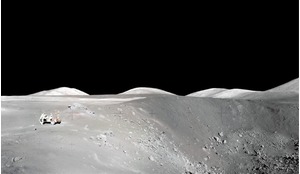 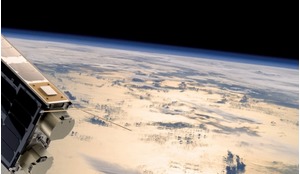 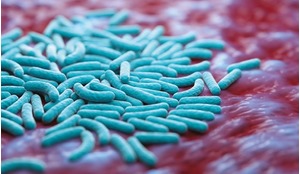