Sierra Nevada Corporation (SNC) has significant heritage in space missions. As a company, SNC has been to space more than 400 times and its contribution to NASA’s InSight probe marks the 14th mission to Mars. SNC’s largest investment to date is the Dream Chaser® spacecraft, a spaceplane selected by NASA for cargo resupply and return services to the International Space Station (ISS) starting in late 2020 under the CRS-2 contract. The Dream Chaser is part of a new space landscape with NASA where companies build private space taxis to transport cargo or astronauts to and from the ISS. After initially awarding SNC more than US$312 million for Dream Chaser development, NASA subsequently passed the company over and awarded crew contracts in 2014 to competitors Boeing and SpaceX. Though the loss was painful, it did not deter owners Eren and Fatih Ozmen who resolved to continue investing in Dream Chaser, a reusable, multi-mission space utility vehicle capable of transporting payloads and people to and from low-Earth orbit and the ISS. Currently SNC is building a cargo version of the Dream Chaser. It will be the only commercial lifting-body vehicle capable of a runway landing. A full size Dream Chaser flight test vehicle proved itself a star attraction at this spring’s 34th Space Symposium in Colorado Springs and this article is based on a presentation to the media given by Steve Lindsey.

The Dream Chaser project started in the mid-2000s when SNC began a programme to look at how we could take a new generation space transportation system to the next level. At the time, the Space Shuttle was still flying and we were looking at how could we do shuttle 2.0.

We were fortunate to have a small and strong team based in California. At that time the commercial space industry barely existed - it was the very early days of what we know today as ‘entrepreneurial space’. We looked at a number of different, existing programmes and we were very fortunate to find a programme called the HL-20, which NASA had developed in the late 1980s and early 1990s essentially to provide a crew transfer and rescue vehicle for the Space Station.

The programme was put aside by NASA and we were able to work with them to licence that technology starting in 2005 and spend the next 14 years developing the vehicle, the first few years on our own and, from 2009, via the first of a series of NASA contracts. 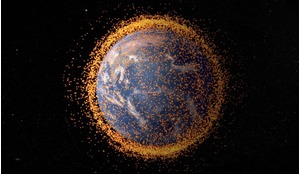 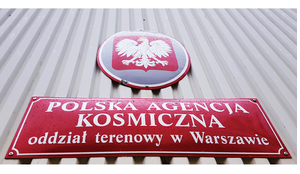