Blueprint for NASA’s journey to Mars

Lockheed Martin has developed its own Mars Base Camp concept to get humans to Mars orbit. The plan - which would transport scientist-astronauts from Earth to the moons of Mars to answer fundamental science questions and prepare for a human Mars landing - is being used to determine the feasibility of a Martian moons human exploration architecture within roughly a decade. It would involve human exploration of both Martian moons and provide an opportunity to obtain samples from Mars by operating robotic assets pre-deployed in orbit and on the surface of Mars. In essence it lays out a proposed technology road map to support NASA’s Journey to Mars and is a mission designed to be led by NASA along with international and commercial partners.

The Lockheed Martin study is a high-level assessment to identify architecture drivers and science opportunities. There are some key tenets for this architecture. For this first human interplanetary mission, system redundancy and a self-rescue capability is required. The number of system developments is minimised, and the use of the already developed systems like the Space Launch System and Orion, is maximised. To minimise the number of events that could lead to the loss of the whole crew, the architecture does not require rendezvous and docking of pre-staged elements necessary for crew survival during the mission. This architecture study shows that a near term Mars mission is compelling and feasible.

To address some key science questions, the Mars Base Camp (MBC) systems are designed to perform remote sensing and teleoperation of science ground assets on the surface of Mars; in-situ investigations and sample returns from Phobos and Deimos, and rendezvous and capture of Mars surface sample canisters in Mars orbit.

The Mars Base Camp concept is built on a strong foundation of today’s technologies – making it safe, affordable and achievable – including currently mature and rapidly maturing programmes and systems.

Orion, the world’s only deep-space crew spacecraft, is the core of the Mars Base Camp vehicle. Its capabilities include long duration, independent operation in deep space with layers of redundancy for mission robustness and crew safety. Orion can perform high-speed, precision Earth re-entry from any lunar return trajectory and all MBC-designed Mars return trajectories. Some of the roles Orion performs in the Mars Base Camp architecture are command and control flight deck, Phobos and Deimos sortie vehicle, contingency lifeboat, and integral Earth re-entry vehicle.

Find out more about the exciting possibilities of the Mars Base Camp concept in the full version of this ROOM Special Report, available now to our subscribers! 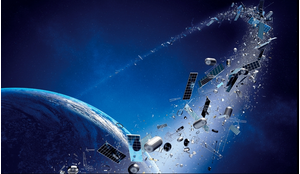 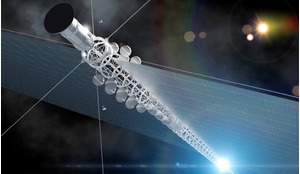