Debunking the myths on space patents

Technology information is vital for all sectors involved in research and development activities, such as governments, corporations, start-ups and academia. The main sources for technology information are professional and scientific literature, congress proceedings and patents of invention. A patent of invention is a legal mechanism of protection that grants exclusive rights to the owner in exchange for disclosure, which benefits society. But patents are scarce in the space sector. Luis Diego Monge highlights the reasons for this.

We have all marvelled at the progress brought to the space industry by the so-called NewSpace companies. The change of pace in technology development has been refreshing to say the least: from reusable rockets to suborbital planes, and even convertible cars orbiting the sun near Mars. However, for some companies with business models based on radical technology, the situation has become difficult in recent months; for example, companies such as Planetary Resources and Deep Space Industries, both champions of space mineral resource exploitation and once backed by famous personalities in Silicon Valley, have stalled. This trend is likely to continue as what some economists call ‘the end of the unicorn era’ finally reaches the space sector.

Shortly after the 2008 crash of the housing market and the subsequent recession, the Federal Reserve of the United States reacted by lowering interest rates to historical minima in order to prevent economic deceleration. This situation created excess venture capital that eventually translated into the creation of multiple ‘unicorn start-ups’, businesses that successfully managed to raise more US$1000 million in capital. Some believe that the NewSpace era was generated in part thanks to this phenomenon and as interest rates slowly return to their normal levels the impact on new space companies has yet to be seen. 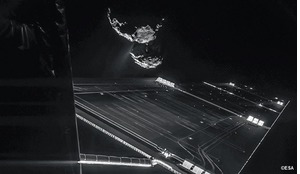