All human long-duration space missions to date have been relatively close to home. Now plans are underway to establish a Moon-orbiting platform that will act as a base for scientific research, missions to the Moon’s surface and eventually missions to Mars. An effective Environmental Control and Life Support System (ECLSS) will be critical to the survival and well-being of crews. The equipment developed for the International Space Station has proved that it is suitable for more challenging exploration missions but complex systems often have undesired emergent behaviours when subjected to a new set of operating conditions and constraints. In this article, Mark Jernigan elaborates on some of the major technical challenges ECLS systems development teams must overcome for reliable crew support during a deep space exploration mission to expand our safe, permanent human presence out into the solar system.

NASA has begun formulating a programme that will build and deploy the world’s first outposts beyond low Earth orbit (LEO). Working with US companies and international partners, the agency is undertaking design work on the systems needed to deliver crews to the Moon and sustain them, to integrate the infrastructure needed to conduct investigations that will reveal new scientific knowledge, spur economic opportunities and prepare for future missions to Mars.

The orbiting depot, designated as the ‘Gateway’, will initially serve as a rendezvous point for integrating assets that will deliver to and return crews from the Moon, evolving to become a medium duration home and workspace for astronauts farther in space than humans have ever been before. Missions envisioned include a crew of up to four astronauts that will visit the Moon at least once a year, starting with the build-up of capabilities and progressing to complex crewed missions of up to three months at the Gateway and on the surface. These missions will take advantage of the Gateway’s proximity to the Moon - its favourable orbit supports both these ambitious missions to the Moon and eventually crewed missions to Mars. 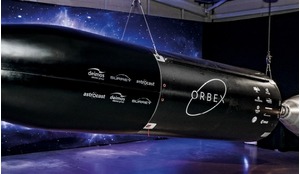 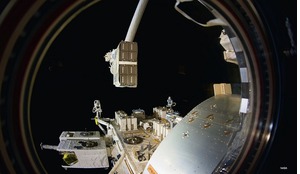