Proba-3 is the European Space Agency’s (ESA) precise formation flying space mission in which two satellites will fly together as a 150 m long ‘large virtually rigid structure’ while maintaining millimetre and arc second relative precision. This will be achieved autonomously without relying on support from the ground. In effect the paired satellites will be flying as a giant virtual satellite carrying a scientific instrument that will be able to study the Sun’s faint corona closer to the surface than has ever been achieved before.

In recent years Europe has made significant progress in the field of multi-satellite missions. ESA’s Automated Transfer Vehicle (ATV) has demonstrated centimetre-scale accuracy when docking with the International Space Station (ISS), while Sweden’s Prisma mission has demonstrated formation flying for brief periods, maintaining centimetre-level accuracy across tens of metres.

Proba-3 marks the next step in formation flying. Its two satellites will maintain formation to millimetre and arc-second precision at distances of up to 250 m for several hours. The satellites will form a so-called ‘externally occulted’ coronagraph, with the satellite imager shielded from glaring sunlight by an occulting disk on the other satellite, forming an artificial eclipse. This will be achieved autonomously, without relying on the ground for active control of the formation. 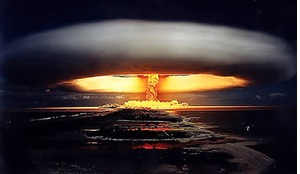