The recent anti-satellite weapon test by India - in which that nation destroyed one of its own satellites and created additional orbital debris - is another unfortunate example of aggressive behaviour in outer space. Here, the author calls for action by the international space community to curb such demonstrations, which threaten the safety and sustainability of orbital operations, and work closer together on space situational awareness.

The recent anti-satellite test by India, on 27 March 2019, confirms an extremely worrying trend which started with China’s ASAT demonstration in January 2007 and was followed by America’s confirmation of its own ASAT capability in February 2008. Apart from their contribution to the proliferation of orbital debris at a time when the international community is striving to reduce the debris population, these demonstrations increase tension in outer space and create a situation that encourages major space powers to accelerate their plans to develop retaliation capabilities.

But ASAT tests represent only the more visible aspect of these trends. There are many other signs that point to potentially aggressive behaviour in outer space. One example is the strange drift of the Russian Luch spacecraft (sometimes called Olymp/Luch) in geostationary orbit that gave the impression that it was eavesdropping on a number of telecommunications satellites. In the same category are the manoeuvres made by Chinese satellites in both low Earth orbit (LEO) and, more recently, in geostationary orbit (GEO), which point to testing of rendezvous operations or inspection objectives. 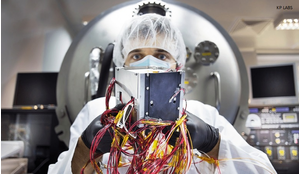