Finnish company ReOrbit is bringing technology together to shape the future of space exploration. Its vision is to enable the next generation of space applications by adopting an approach that transforms the traditional model of making single-use satellites into reusable, flexible and low-cost space systems. The company is developing a set of technologies to make spacecraft platforms modular and reconfigurable to accommodate different types of payloads, as well as equipping them with autonomous capabilities and a software-defined architecture.

“Every step forward in time moves technological power one step up; but with exponential growth, every step forward doubles the power of the existing technology. As a result, after twenty steps of linear growth, technology would have advanced by a factor of twenty. After the same period with exponential growth, technology will have advanced by a factor of over one million… Once you let that sink in, you will realise that the iPhone in your pocket has one hundred thousand times the power - and seven million times the memory - of the Apollo Guidance Computer that put Neil Armstrong and Buzz Aldrin on the Moon.” 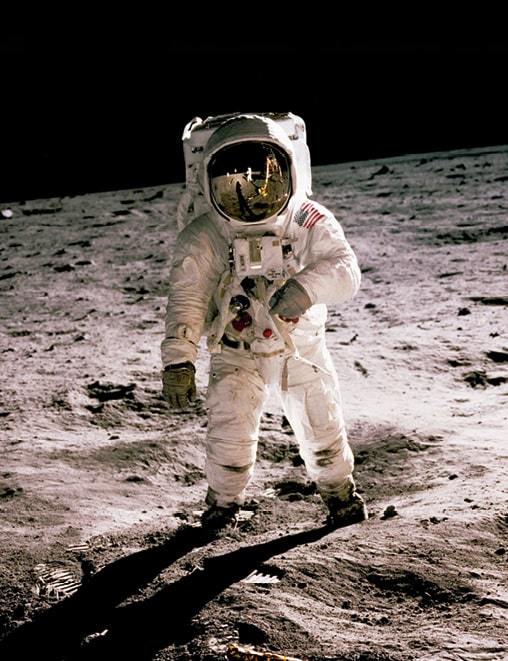 While the growth of technological change since the 1960s has been extraordinary on Earth, the technological advancement of space has not.

While the exponential growth of technological change has been extraordinary on Earth, the technological advancement of space has not. In some ways it has remained stagnant, especially when it comes to the development of satellites, a problem that will not support the next generation of space applications we seek to achieve in the future.

Being equipped with more autonomy, satellites would be able to correct their trajectories, avoid collisions and supervise their onboard systems.

Throughout the development of satellites, the technological challenges were hardware focused. We started seeing computers used on spacecraft in the 1960s, for example on the Gemini and Apollo spacecraft. Satellite designs began to resemble architectural designs: they had layers, protocols and strong interactions with external software.

Eventually, it became more widely understood and accepted that software should be developed as early as the hardware. In a blog written by Sarah Sheard, for Carnegie Mellon University in 2014, it was predicted that the future development of satellites would require bringing in software engineers as partners from day one but up until now, the technological challenge has not been software focused.

The problem with the way satellites have been developed since Sputnik (taking the hardware-first approach) is the inability for a satellite to change its architecture from mission to mission without having to spend a lot on customisation. This excessive customisation tends to stem from un-commoditised spacecraft equipment which requires writing large amounts of ad hoc software. Referring back to the exponential pace in technological change, when we think of technology, and for example computers on Earth, we think of connectivity and ‘distributedness’. If communications between computers could be achieved on Earth, why could it not be achieved for satellites in space? 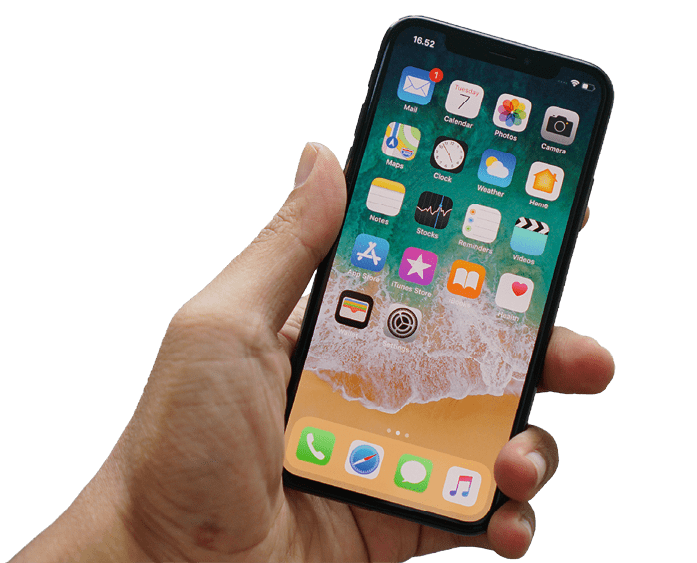 When we talk about autonomy in space, we talk about satellites having the ability to achieve their goals while operating independently using a version of artificial intelligence (AI). By being equipped with more autonomy, satellites would be able to correct their trajectories, avoid collisions and supervise their onboard systems.

For example, this might include the ability to recover autonomously from non-nominal or emergency situations. So, where a less autonomous satellite would switch to emergency mode, stop providing services and wait for ground control to solve the problem, a more autonomous satellite would try to solve the issue itself, restarting systems, switching to alternative components, in order to restore service as soon as possible, even before having the opportunity to contact ground operators.

By integrating autonomy into satellites, we eliminate the need for hands-on supervision, essentially lowering costs and maximising the uptime of a satellite to generate data (which translates into revenue). Autonomy will, for instance, allow satellites to capture events in space without waiting for ground control, working independently, efficiently and cost-effectively.

Reconfigurability is the ability to change or rearrange components of a system on-the-fly. If you develop a satellite with a software-first approach, you leave room for altering functionalities post-launch, such as relaying data in a different frequency or using a different protocol, or adding a new cybersecurity measure.

Historically speaking, satellites have been built to achieve a single goal and if that goal becomes obsolete, so too does the satellite. For instance, a satellite can be built to provide data connection over a specific area. But what if that particular area suddenly requires something different? The satellite is now ineffectual, resulting in a loss of profit, and may ultimately become space debris. If we can provide the capability to reconfigure a satellite while in orbit, we can avoid the conundrums mentioned above and continue to generate profit. 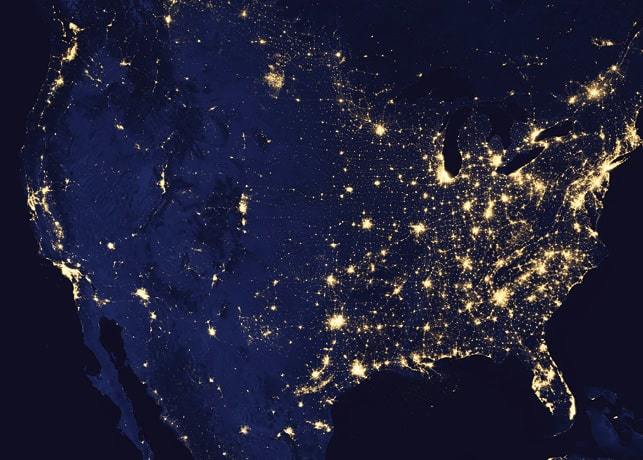 Interconnectivity: if communications between computers could be achieved on Earth, why could it not be achieved for satellites in space?

When it comes to interconnectivity, many of today’s satellites do not have the capability to communicate with one another. Their current method of communication utilises radio frequency to communicate exclusively with a limited number of ground stations, wasting valuable resources as well as precious time. Interconnectivity means two satellites within line-of-sight of each other can connect without requiring a ground station.

This in-orbit interaction between satellites allows them to work as a team rather than independently, increasing their capabilities similar to how two computers share their processing system to improve their computing power, without the need to have one big computer.

The more interconnected satellites, the better - just like a mobile network. The more users there are on the network, the bigger the payoff. We can see that there is a need for this capability, as Nathon Strout, an editor for C4ISRNET, wrote in an article in 2020 mentioning “even the Pentagon wanting help for its satellites to talk to one another”.

If satellite designs were developed with a software-first approach, where they were autonomous, reconfigurable and interconnected, we would greatly minimise the cost of ground operations. If satellites could have these attributes, the amount of opportunities that would open up are virtually limitless. This all seems relatively simple and straightforward, so why are reconfigurable satellites not more commonplace?

Computers have evolved from being as big as a room, and with no connection to the outside world, to what we have today. Now we can’t imagine living in a world without our smartphones, smart watches, email, facetime and the list goes on. Applying this same logic to the space industry, which is now a 500 billion dollar industry with multiple players entering the field, there needs to be a ramp-up on the exponential pace of technological change - which means changing the way satellites are built to meet the boundless demands of future missions. We need to exponentially increase the technological change in satellites and one small start-up in Finland, is doing just that. 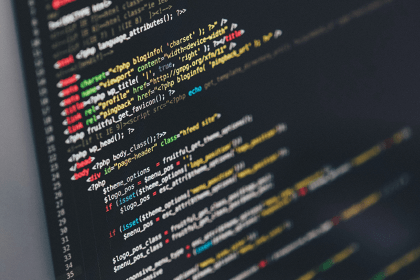 This is opening up new opportunities by making satellites autonomous, reconfigurable and interconnected

That company is called ReOrbit Oy, founded by Sethu Saveda Suvanam in 2019, and it is designing satellites the other way round: software first. This is opening up new opportunities by making satellites autonomous, reconfigurable and interconnected.

During his PhD in information and communication technology, Suvanam designed electronic systems for Venus exploration missions using a material called silicon carbide. Moving on to a postdoctoral position, he studied CZTS (copper zinc tin sulphide) for its application to non-toxic, low-cost solar cells, and later gathered business experience as a space subsystems bid manager at AAC Clyde Space (one of the world’s largest CubeSat manufacturers).

As time went on, he realised that many things in the space industry were rigid and non-customisable. Having worked with technology earlier in his career, he saw that space technology was “50 years behind” or, as they say in ReOrbit, “in the Apollo way of doing things”. This led to a decision “to build satellites the way computers are built” and the establishment of ReOrbit Oy in Helsinki.

ReOrbit hopes to revolutionise the space industry as we know it. As the company’s slogan says, it’s fair to say that in the near future we will be looking at “Space. Redefined.”

Celina Rellahan is marketing associate for ReOrbit Oy. She has a Bachelors in Business (Marketing) and was a writer for various individuals and companies before entering the space industry. For her, writing is the raison d’etre, whether it be for a company or an individual. 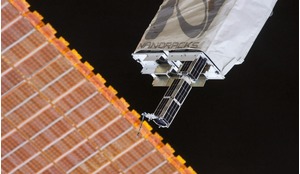 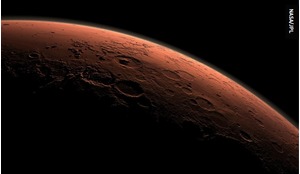 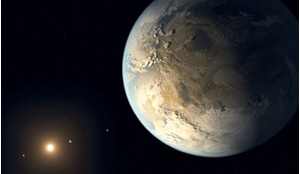