There are several moments, snapshots in time, that are iconic and indicative of the changes now underway in the space revolution. Some are frozen moments from our past, such as the most expensive ‘selfies’ ever shot of Buzz Aldrin and Neil Armstrong on the Moon. Some are previews of our future that will themselves become historical footnotes to those in that future. Be they images of commercial space cargo ships docking with the International Space Station, or video clips of re-useable or privately funded rocket ships landing on pillars of flame, they are and will become icons of what those in the future will know to have been major moments in history. These and others stand out to me. There are other examples that may not be so obvious but, once seen in context, are indicators of the titanic shift now underway.

It happened at 5:28 am EDT on 30 April 2001, hurtling through space at 17,100 mph, 250 miles above the Earth, the airlock hatch on the International Space Station (ISS) opened and a small, balding older man (who one commentator later said resembled Mr Burns in the The Simpsons cartoon) floated through to join the professional astronauts who had made the facility their home for the last several months. Taking a deep breath of the smelly locker room air he beamed and said: “I love space!” A few days and a lifetime later, he landed on the Russian steppes with his comrades. As the capsule door opened he gave a thumbs up and said he had “just been to paradise”. 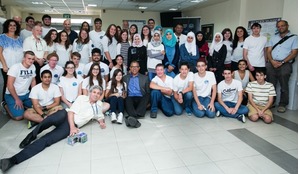 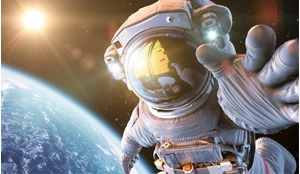