The capabilities of future spacecraft will be driven by the electrical power available for them, but the generation of this power is only one part of the overall challenge facing the advancement of spacecraft capabilities. The question of how this power can be managed and utilised must also be considered. Superconductors have long been regarded as a potential solution to these problems but their need for low temperatures and their relative technological immaturity have prevented their adoption in space. Now, however, high-temperature superconductors (HTS) offer a new compelling alternative, with much higher operational temperatures and an unprecedented level of industrial maturity.

Space start-up Neutron Star Systems is leading efforts to promote the uptake of superconductor technology within the space industry through the development of superconducting-based subsystems for spacecraft applications. Together with its key partners, the Institute of Space Systems (IRS) at the University of Stuttgart and Krisol AG, Neutron Star Systems plans to develop the key enabling technologies needed to unlock high power space missions. 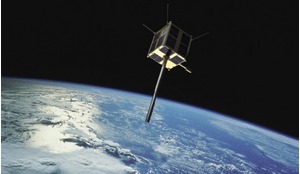 Norway’s pioneering use of microsatellites