In a ceremony held at UNESCO headquarters in Paris on February 5, 2016, 8 eminent scientists received the UNESCO Medals for contributions to the development of nanoscience and nanotechnologies. The medal is awarded each year by the Director-General of UNESCO to prominent scientists, public figures and organizations that contributed to the development of nanoscience and nanotechnologies in the spirit of UNESCO’s priorities. Igor Ashurbeyli, ROOM: The Space Journal's editor-in-chief and Aerospace International Research Center (AIRC) founder, was one of this year's medal recipients. 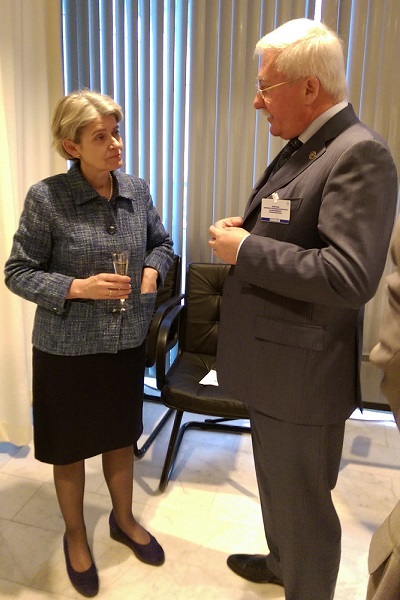 The Medal was established in 2010 at the initiative of the International Commission responsible for developing the Nanoscience and Nanotechnologies theme for the Encyclopedia of Life Support Systems (EOLSS). Since then, 24 Medals have been awarded to prominent scientists, institutions and public figures, such as Zhores Alferov, winner of the Nobel Prize in Physics in 2000, and Chunli Bai, President of the Chinese Academy of Sciences. Professor Isamu Akasaki, winner of the 2014 Nobel Prize in Physics, was among the new laureates. 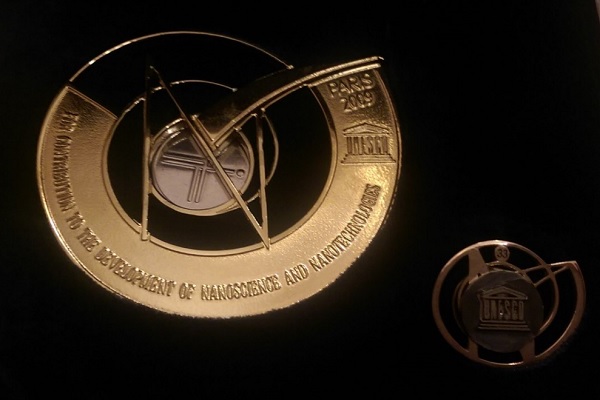 “This Medal is designed to highlight the tremendous benefits of progress in nanoscience and nanotechnologies for our societies, for our economies, for all of us” explained UNESCO’s Director General, Irina Bokova. “This is a new branch of science, pushing ever further back the frontiers of knowledge -- and UNESCO is committed to nurturing its full potential, to support every woman and man, especially the most vulnerable.” 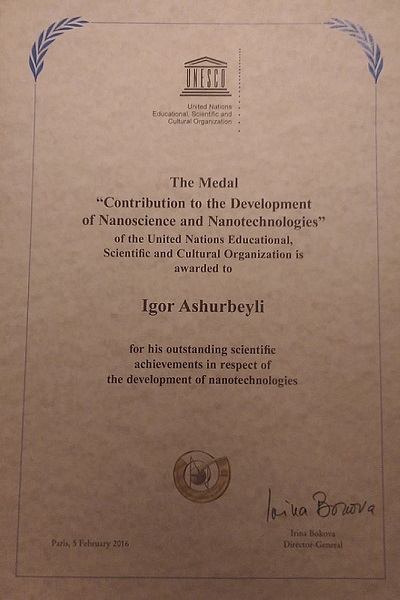 "For contribution to the development of nanoscience and nanotechnologies" Medal Diploma

This year, Professor Igor Ashurbeyli (member of the Russian Academy of Engineering, chairman of the non-governmental Expert Society on Aerospace Problems, AIRC founder, ROOM editor-in-chief) received the UNESCO Medal for his work in the field of the development of new generation microelectronic devices, information systems and technologies.

Other UNESCO Medal receipients for contributions to the development of nanoscience and nanotechnologies include Professor Isamu Akasaki (Japan), 2014 Nobel Prize in Physics, Professor emeritus of Nagoya University, Professor of Meijo University, Member of The Japan Academy - for his outstanding contribution in the creation of blue light-emitting diodes, which resulted in the discovery of white light sources for illumination; Professor Lei Jiang (China), professor of the Technical Institute of Physics and Chemistry of the Chinese Academy of Science, member of the World Academy of Sciences (TWAS) - for his research on the design and fabrication of bio-inspired surfaces with specific wettability; Professor Philippe Pernod (France), Dean of research and Professor of the Ecole Centrale de Lille, Founder and Head of the AIMAN-FILMS Research Group of the Institute of Electronics, Microelectronics and Nanotechnology - for his work on active nanostructured magnetic and multiferroic films, Micro-Magneto-Electro-Mechanical Systems and their applications, and multistable nanostructures.