On November 3rd, China launched its new heavy-lift rocket from the Wenchang launch center on Hainan Island (China's southern coast). Chinese media reports have been vague, but supposedly the rocket carried an experimental Shijian-17 satellite, which will be used for testing electric-propulsion technology.

The Long March 5 is made up of two stages and is 57 meters tall. It is capable of lofting 25 metric tons to low-Earth orbit and 14 metric tons to geostationary transfer orbit, says the China Aerospace Science and Technology Corp. Although Long March rockets have been known to use toxic fuel in the past, the new models, such as the Long March 5, are powered by kerosene/liquid oxygen, making them significantly more environmentally friendly. 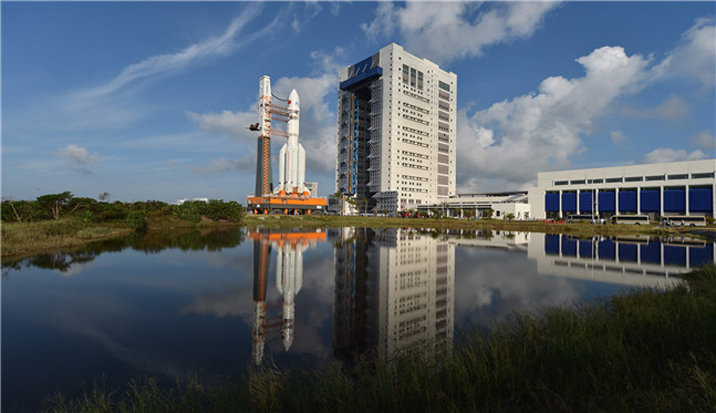 China's first Long March 5 heavy-lift rocket rolls out to its launchpad at the Wenchang launch center on Hainan Island ahead of its successful November 3, 2016 launch debut. Credit: China Aerospace Science and Technology Corporation

The heavy rocket is comparable to United Launch Alliance's Delta IV Heavy launcher, although SpaceX's Falcon Heavy, scheduled for flight early 2017, is expected to be larger than both the Long March and the Heavy launcher, and capable of delivering 60 tons to low-Earth orbit. The Long March 5 is vital for the future of Chinese space industry, as China plans to use it for launching modules that will be used to build its space station, which the country plans to have up and running by 2022. The rocket will also launch Chang'e 5, a robotic sample-return Moon mission, scheduled for 2017. Other Long March rockets, the Long March 6 and Long March 7 have also made their debuts in 2015 and 2016, respectively.