Is there anybody out there? SETI researchers look to explain mysterious signal

While SETI (Search for Extraterrestrial Intelligence) researchers are not quite claiming to have found extraterrestrial life, a strong spike in radio signals coming from the Hercules constellation is causing some cautious excitement among astronomers.
The signal spike seems to be coming for the direction of a sunlike star known as HD 164595 and fits the profile for intentional transmission from an extraterrestrial source – though it could be caused by a number of other things, such as earthly radio interference or a microlensing event. 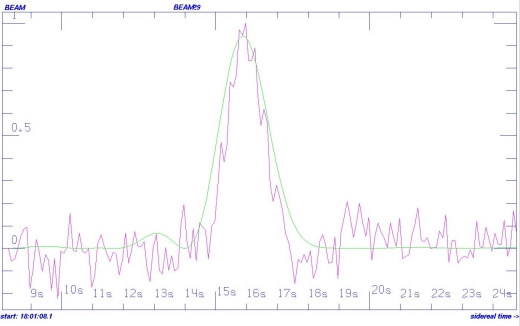 HD 164595 is a sunlike star, roughly 95 light-years away from Earth. The exciting bit is that this star has at least one potentially habitable planet, called HD 164595b – roughly the size of Neptune and with a 40-day year. There could, of course, be other still undetected planets in that system. 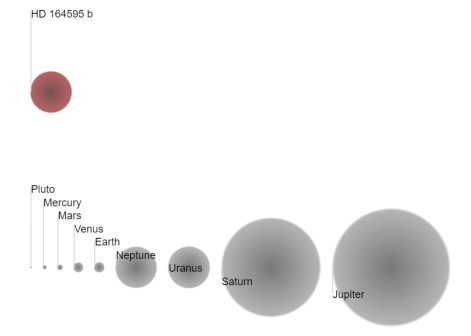 Size of HD 164595 b compared to other planetary bodies in our solar system / Credit: Open Exoplanet Catalogue

The signal discovery started generating buzz after Paul Gilster wrote about it on his Centauri Dreams site, bringing it to the public's attention. In reality, the signal was discovered on May 15, 2015, by the RATAN-600 radio telescope in Zelenchukskaya, in southern Russian republic of Karachay-Cherkess, but has been kept quiet for lack of more detailed information. It is being compared to the famous 1977 “Wow Signal” - the 72-second signal sequence that seemingly originated by the Tau Sagittarii star in the constellation Sagittarius. 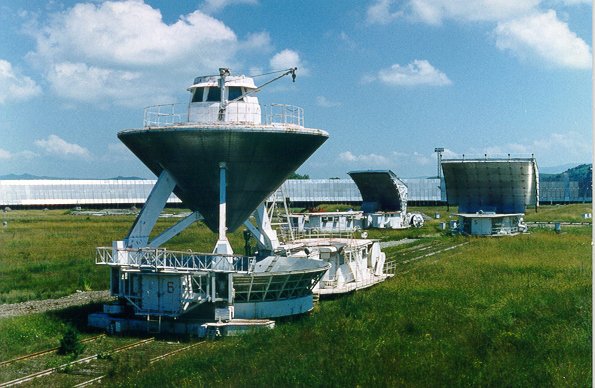 Nikolai Bursov of the Russian Academy of Sciences' Special Astrophysical Observatory considers HD 164595 a good candidate for further SETI investigation. Doug Vakoch, president of METI International (based in San Francisco), has said that his research group is ready to observe and monitor HD 164595 with the Boquete Optical SETI Observatory as soon as the weather permits. The SETI Institute plans on using the Allen Telescope Array in northern California for further HD 164595 observation as well.

The team that discovered the signal was led by N.N. Bursov and included L.N. Filippova, V.V. Filippov, L.M. Gindilis, A.D. Panov, E.S. Starikov, J. Wilson, and C. Maccone. Their work will be discussed at the IAA SETI Permanent Committee meeting, to be held during the 67th International Astronautical Congress (IAC) in Guadalajara, Mexico, on Tuesday, September 27th, 2016.