NASA chiefs hint that Artemis will land at Apollo site, not lunar poles

At a meeting of NASA’s Lunar Exploration Analysis Group (LEAG) this week, head boss Jim Bridenstine hinted that the agency’s first crewed mission to the Moon – Artemis III – would not head for the lunar South Pole but would land at the Apollo site instead.

“I would not, it would not surprise me, if, for example, if we made a determination that the South Pole might be out of reach for Artemis III, which I’m not saying it is or isn’t, the question is, OK, if you’re going to go to the equatorial region again … how are you going to learn the most. And you could argue that you’ll learn the most by going to the places where we put gear in the past,” Bridenstine said when asked if there were any plans in the future to return to an Apollo landing site to recover materials.

When missions to the Moon are announced, quite often, if not nearly always, the destination of choice is the lunar south pole. India, China, Europe and the US are among the many countries with either governmental agencies or private firms all lining up to head to this frigid region of space.

Why? Because of H2O. Locked away in some of the permanently shadowed craters on the Moon, scientists think that large quantities of water, either in ice or mixed with lunar regolith, could be available for human explorers to make use of.

Water is a critical resource for long-term exploration, as it can be used for drinking, breathing, cooling equipment and making rocket fuel.

This latter point is especially appealing as it would allow for missions further out into the solar system, without having to transport fuel from Earth first; a process which presently is extremely costly.

Given the importance of the Moon’s South Pole for establishing lunar bases, NASA had already earmarked this region as the place its astronauts would be heading to for its Artemis III mission - the first mission to land on the Moon in 2024; Artemis II is the first crewed flight test of the Space Launch System and is targeted for launch in 2022.

Given the importance of the Moon’s South Pole for establishing lunar bases, NASA had already earmarked this region as the landing place for its Artemis III astronauts.

Artemis III is planned to be the second crewed mission of NASA’s Artemis programme and the first to land astronauts on the Moon since Apollo 17 in 1972. Artemis II is the first crewed flight test of the Space Launch System and is targeted for launch in 2022.

But now, after off-the-cuff remarks by NASA’s top boss, Artemis III’s landing location might not be as clear cut as thought.

“Just the inspiration of going back to the original Apollo site would be pretty amazing as well and establishing, again, norms of behavior, and we want to make sure that those sites are protected forever. So I think there’s opportunity there as well,” Bridenstine said, adding, “but those decisions haven’t been made at this time.”

Bridenstine’s possible out-loud introspective comments about whether NASA were planning a destination change or not, were also mirrored to some degree by the head of NASA’s human spaceflight program later on.

Instead of ruling out the statement, Kathy Lueders replied to a question about Bridenstine’s comments by confirming that NASA is looking at options on how to make a decision.

“So we’re really looking at a bunch of different options for making a decision. I don’t want to have it be a spoiler alert. … We’re looking at different ways to get more communities to participate in that decision. We know that … wherever the initial missions are is a big interest and so we’re actually trying to find a way to get more … participation in this. So, more to come,” said Lueders.

NASA is under pressure to land astronauts on the Moon by 2024 after President Trump last year directed the agency to accomplish the task “by any means necessary” – a date that would coincide with the end of a Trump second term if he wins reelection.

“If NASA cannot do it, it is NASA, not the mission, that must change,” warned Vice President Pence as he spoke at the National Space Council meeting in Huntsville in March 2019. NASA “is up to the task. We are ready to meet it,” Bridenstine replied.

Despite recent advances in Artemis’s progress, NASA is conducting “Green Run” tests of the SLS core stage and contracts have been awarded to there teams to look at the development of a Human Landing System, however, schedules have repeatedly slipped and funding seems an on-going concern.

It remains to be seen how Bridenstine’s “what if” statement should be taken, but getting to the polar regions is more difficult than landing near the Moon’s equator. And landing at the poles would also require additional satellites to ensure continuous communication with Earth; systems that are not in place yet, but might be by 2022.

As yearly trips to the Moon are planned by NASA after Artemis III's initial landing, perhaps trips to the lunar poles will be scheduled for later missions instead. 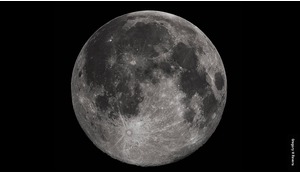