Wildlife habitats, especially those that seasonally attract large numbers of birds, can pose a serious danger to airplanes at takeoff and landing. Now, a new software developed by Ascend XYZ (Denmark) with support from ESA, can help minimize that danger.

The software uses free images and data from Earth observation satellites and combines it with new smart software, making it easier to use than existing systems. It has been tested in a number of Danish airports and has led to reduced costs while complying with the legal requirement of monitoring a 13km radius. 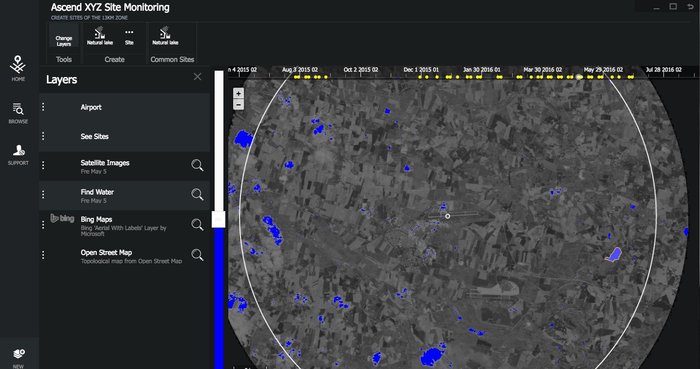 Two smaller airports are already on board to use the service, while several international hubs in Germany, England and North America are planning to begin using the software at a later date.

The program allows users to easily locate sites that pose the greatest degree of risk – lakes, golf courses, crop fields and other areas that are attractive to wildlife, especially birds. The software uses satellite picture updates to track changes in water levels, and can also generate reminder alerts for site visits or even contact the authorities if drastic changes occur. Satellite navigation data used by Ascend will also guide trained field personnel during site visits, pointing out the most problematic areas. 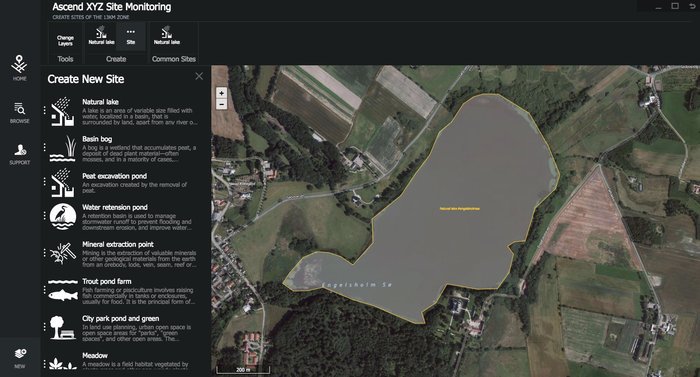 Registering a lake in Ascend

As early as next year, Ascend plants to extend their service to help locate objects that exceed height restrictions in designated areas.