The Atlas 5 rocket has successfully launched at 7:05 pm EDT on September 8, from Cape Canaveral, Florida. OSIRIS-REx spacecraft (Origins, Spectral Interpretation, Resource Identification and Security-Regolith Explorer) separated from Atlas 5 about an hour after launch.

“This was an excellent launch,” said Tim Dunn, NASA launch manager, after spacecraft separation. “Not a single anomaly was worked during the countdown. That’s almost unheard of.” 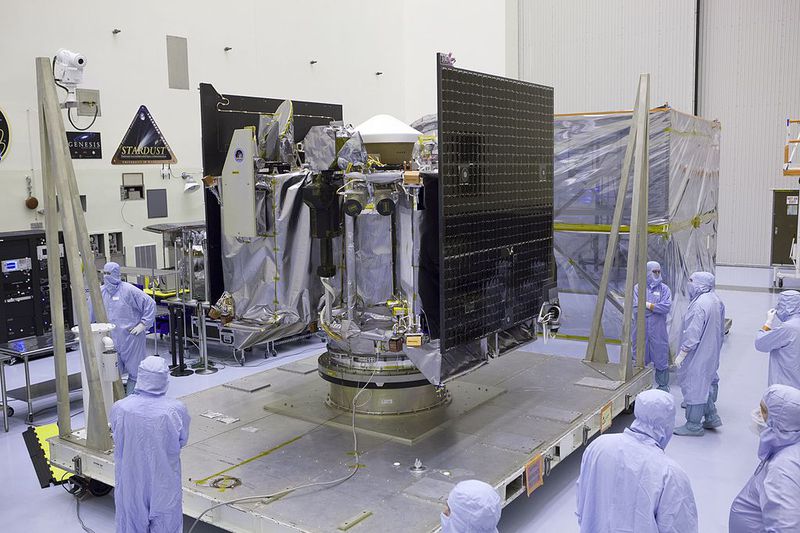 OSIRIS-REx spacecraft at Kennedy Space Center in Florida, on May 21, 2016. Credit: NASA

“The OSIRIS-REx spacecraft is happy and healthy,” said Rich Kuhns, OSIRIS-REx program manager for Lockheed Martin, at a post-launch press conference. “It is working absolutely as we designed it.”

The mission plans for OSIRIS-REx to go to Bennu, a near-earth asteroid of about 500 meters in diameter. Bennu is on the list of Potentially Hazardous Asteroids (read about another such asteroid here). The next time Bennu will fly inside the moon's orbit is 2135. According to scientists, such a close approach may change Bennu's orbit, which may cause it to impact Earth at the end of the 22nd century, sometime between 2175 and 2199. Although the odds of this are still only about 1 in 2,500, NASA wants to get as much information as possible about Bennu well before then.

The OSIRIS-REx spacecraft is expected to get close to Bennu in August 2018, when it will begin studying the asteroid. If all goes according to plan, OSIRIS-REx will study Bennu for two years and then make brief contact with its surface to collect samples. The spacecraft is equipped with TAGSAM (Touch-and-Go Sample Acquisition Mechanism), which uses nitrogen gas puffs to lightly disturb the surface of the rock and then collect the resulting material in its filters. The amount of collected material can be anywhere between 60 grams and 2 kilograms of dust and rock. After depositing the sample into a return canister, OSIRIS-REx will leave Bennu and head back for Earth, scheduled to return about two and a half years later. The return canister is meant to parachute to a landing site in the Utah Test and Training Range on September 24, 2023. 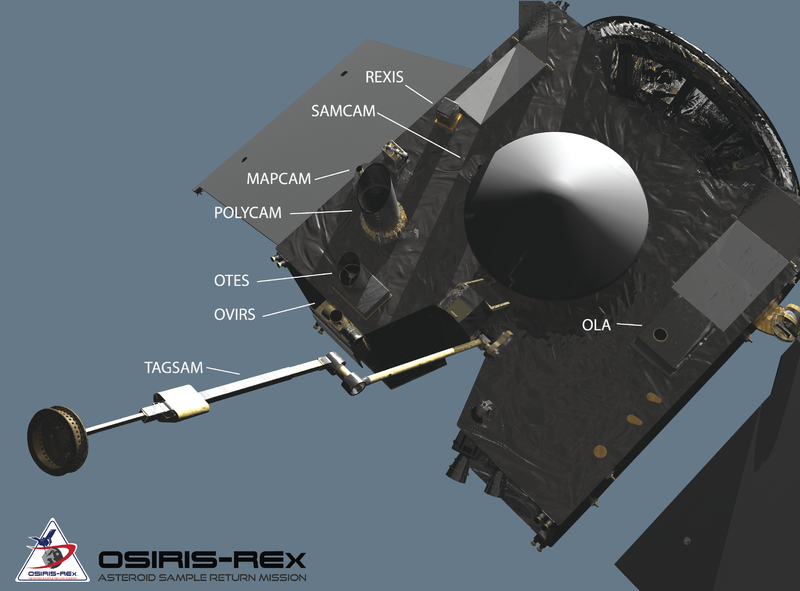 According to Dante Lauretta, principal investigator for OsiRIS-REx, speaking at the post-launch press conference, “We hit all of our milestones within seconds. We really kicked that field goal right down the center.”