In a deal worth €75 million, ESA and ArianeGroup signed a contract last week to develop a full-scale demonstrator of its new ultra-low cost reusable rocket engine known as Prometheus; an engine that is set to power Europe’s future launchers.

Prometheus stands for Precursor Reusable Oxygen METHan cost Effective Engine, and the engine is a move away from the traditional Ariane propellant technology. Not only does the engine have the potential to be re-used up to at least five times, but the key propellant ingredient is no longer hydrogen, but methane.

Some of the most common liquid propellants used as rocket fuel today are a combination of liquid oxygen and liquid hydrogen or highly refined kerosene (RP-1). SpaceX for example uses kerosene-based engines to power the first stage of its Falcon 1 launch vehicle.

Methane propellant is already widely available and its high efficiency, standardisation and operational simplicity makes it a perfect candidate for a reusable booster engine demonstration. In fact, an oxygen/methane combustion chamber demonstrator (named ROMEO) has already been tested successfully by the ArianeGroup last year.

Prometheus will burn a mixture of liquid oxygen and methane which has the added benefit of simplifying the propulsion stage design. Coupled with significant economic savings gleaned from the additive layer-by-layer manufacturing production (3D printing) of the engine, Prometheus could cost just a tenth of what the current Ariane 5’s Vulcain 2 engine costs - that is a potential saving of nine million euros.

“Prometheus will power Europe's future launchers, forging a path of continuous improvement in competitiveness,” said Daniel Neuenschwander, ESA Director of Space Transportation, who signed the contract along with Alain Charmeau, CEO at ArianeGroup at ESA headquarters in Paris last week.

“This contract paves the way for the future of Europe’s space transportation, and the development of European propulsion technology of tomorrow,” added Mr Charmeau. 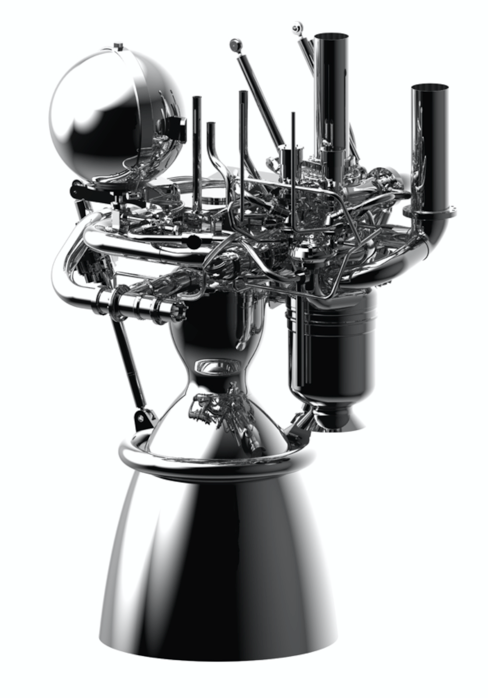