Proxima mission to the ISS ready for launch tomorrow

On Thursday 17th November, ESA astronaut Thomas Pesquet, NASA astronaut Peggy Whitson and Roscosmos commander Oleg Novitsky will head to the International Space Station on a two day flight aboard a Soyuz rocket that has blasted off from Baikonur cosmodrome in Kazakhstan.

Pesquet, a former airline pilot, will be the 10th astronaut from France to head into space. During his time on the ISS, Pesquet will perform around 50 scientific experiments for ESA and France’s space agency CNES under a mission known as Proxima. The mission name was chosen from over 1300 entries to ESA's competition earlier this year and it continues the French tradition of referring to stars and constellations.

“Proxima is the closest star to our Sun and is the most logical first destination for a voyage beyond our Solar System,” explained 13 year-old Samuel Planas, the winner of the competition. “Proxima also refers to how human spaceflight is close to people on Earth.”

As with all missions, as much time as possible will be spent on science, however education and inspiring youngsters is another core element of Proxima. A number of school activities running alongside Thomas’s mission will have some element of science or technology in it, from computer coding, maths demonstrations, fitness, nutrition to growing crystals.

Pesquet, who is championing the cause for science- and space-based careers, is determined to make Proxima an exciting adventure for all his followers. “I invite everyone to follow the adventure on social media. Another reason I chose [the name] Proxima was because I want to stay close to Europeans,” said Thomas. “It highlights how human spaceflight is at the service of our planet through scientific results and exploration, and I want to share the experience and inspire the public.”

At 20:20 GMT tomorrow night, the rockets Soyuz engines will ignite and propel the plucky trio 1640 km into space in less than 10 minutes – averaging a 50 km/h increase every second for nine minutes. To watch live coverage of the launch that starts from 19:30 GMT, click here: http://www.esa.int/Our_Activities/Human_Spaceflight/Proxima/Proxima_live or here to watch with French audio https://proxima.cnes.fr/fr/AllezThomas 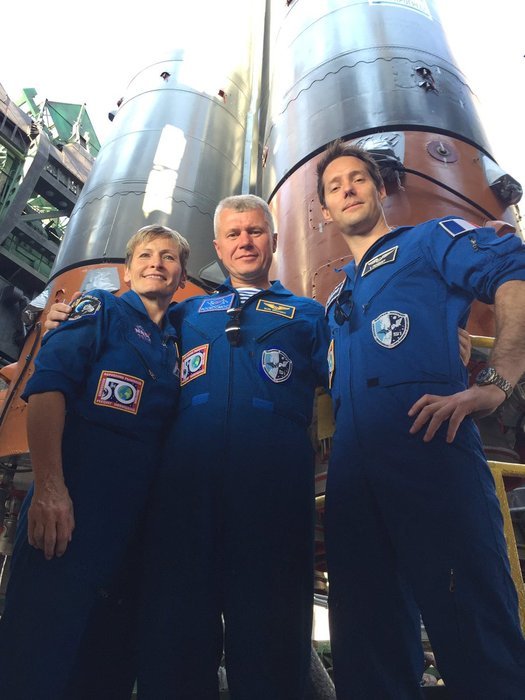