Sentinel 3A satellite handed over to Eumetsat

The satellite has been fine-tuned to perform its task of systematic mapping of the Earth's surface. The Sentinel 3A satellite is the most complex of all the Sentinel satellites. ESA's Bruno Berruti has been in charge of preparing Sentinel-3A for service. According to him, "As the last phase of the 'project', the handover signals the end to an intense five months during which we ensured the satellite and instruments are all working well so that they can start delivering routine data."
Some of this data will include measurements that reflect aquatic biological productivity and marine pollution, and help map sea-level changes and forecast sea state for safe ship route planning. It will also provide data on vegetation, urban heat islands and wildfires.

Although the daily operations of Sentinel 3A have been handed over to Eumetsat, the mission will be managed jointly by Eumetsat and ESA, with ESA being in charge of land data products, and Eumetsat – the marine products. 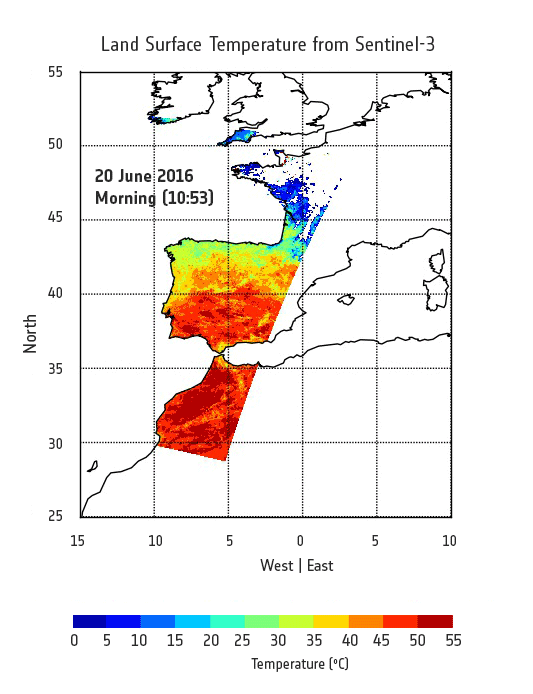 "This handover also puts the EU–ESA–Eumetsat cooperation in Copernicus into full action. While the EU leads Copernicus overall, and ESA coordinates the space component, ESA and Eumetsat have complementary roles in the operation of Sentinel-3," said Josef Aschbacher, ESA's Director of Earth Observation Programmes. "ESA and Eumetsat are working together closely to ensure data and product availability for land and marine user communities, respectively. With Eumetsat also now responsible for the flight operations, this is a perfect example of European institutions putting their best capacities together to benefit Europe's citizens."