Yutu, the Chinese Moon Rover, Dies on the Moon

According to Chinese officials, the Yutu rover has died sometime in early August. Yutu was the first robotic Moon rover since the early 1970s, when the USSR's Lunokhod-2 was last in operation. Yutu had landed on the Moon's Mare Imbrium region on December 14 th, 2013, in a mission that had also delivered the Chang'e 3 stationary lander. It was China's first landing on another celestial body, and while Yutu's mission was supposed to last for only three months, it ended up setting a new record for a Moon rover. At thirty-one months, Yutu had beaten the previous Lunokhod-1 record of 11 months by well over a year. At 140 kilograms and 1.5 meters tall, Yutu is much smaller than other rovers, including NASA's Opportunity and Curiosity.

Yutu, which translates as “Jade Rabbit”, has not moved since one month after landing, but had continued transmitting data. Upon its arrival on the Moon, Yutu was able to drive for about 100 meters, before becoming immobilized. It continued to collect scientific data and ended up exceeding its projected lifespan by 10 times. According to reports from China's Xinhua news agency, the rover has finally succumbed to cold temperatures during the two-week lunar night, which began on July 28. The rover was solar-powered and programmed to hibernate at sunset, while its internal electronics were kept warm by plutonium heaters. Unexpectedly, Yutu ended up making it through 32 previous lunar nights (14 days long each), in temperatures as low as minus 180 degrees Celsius. 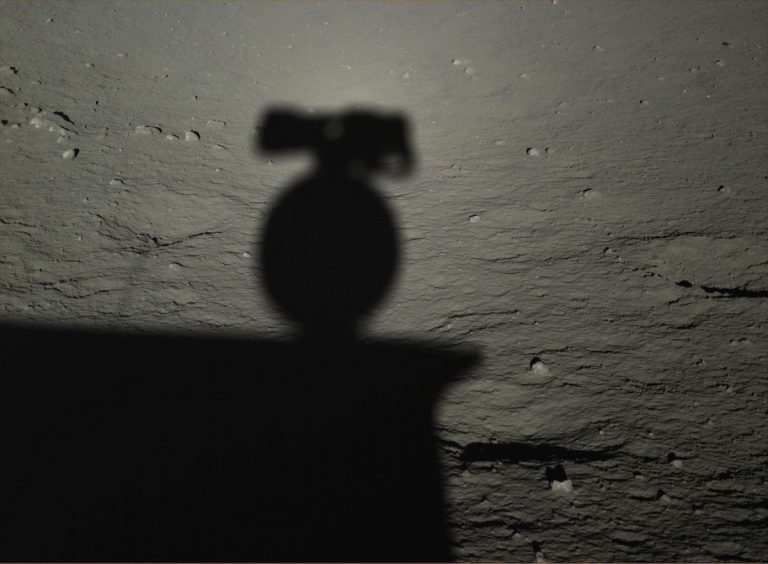 Shadow self portrait from the panoramic camera on Yutu. Credit: Chinese Academy of Sciences/NAOCScience and Application Center for Moon and Deepspace Exploration

China has publicly released all processed data from the Chang'e 3 mission which brought Yutu to the Moon. According to them, the mission has so far returned 7 terabytes of data.

Yutu's data gathering helped discover a new type of basalt, different from samples found by Apollo astronauts and the Luna landers. Its ground-penetrating radar was able to scan under the lunar surface and locate a top basalt layer. “This indicates that until the late period, about two billion years since it was born, there were still huge amounts of magma that were erupting,” said Lin Yangting, a researcher from the Chinese Academy of Sciences. “This shows that the activity of the magma on the moon lasted longer than expected.”

According to Bradely Jolliff, a professor of Earth and Planetary Sciences at Washington University in St. Louis, who analyzed the Yutu dataset, “The diversity tells us that the moon’s upper mantle is much less uniform in composition than Earth’s. And correlating chemistry with age, we can see how the moon’s volcanism changed over time.”

China is currently in preparations for its next lunar probe mission, Chang'e 5, scheduled to launch in 2017. It will gather samples from the Moon and return the specimens to Earth. The Chang'e 4 lunar lander, scheduled for launch in 2018, will attempt the first landing on the far side of the moon.