Space exploration and the environmental movement have always shared a strong connection. Iconic images like Earthrise or the Pale Blue Dot helped us realise the fragility of this tiny marble in the vastness of space that we call our home.

The view of this blue and green sphere with a total absence of political borders gave rise to a collective awareness of the responsibilities we have as humans to protect this our only planet with its vulnerable atmospheric layer – so small that its thickness is hardly distinguishable, yet so important that it is the essential precondition for our mere existence. This connection was again highlighted as ESA astronaut Alexander Gerst chose Blue Dot as the name for his six-month mission to the ISS last year.

Space flight has revolutionised our views and understanding of the Earth, its environment, our atmosphere, and their interrelations. This was possible thanks to multiple Earth-observation missions such as ESA’s Envisat, the multinational NASA led A-train constellation and ESA’s Earth Explorer series, to name but a few. But for a long time the impacts on the environment of space activities themselves have been neglected. Yet the picture is changing. World leaders from nearly 200 countries participated in last December’s UN climate change conference in Lima. They discussed the future of the world’s climate, the human contribution, and opportunities to minimise the effect of our activities on the environment. With the two main contributors to climate change, China and the USA, announcing a bilateral “climate deal”, the responsibility to address challenges such as carbon emissions and resource depletion falls on the heads of everyone, everywhere – including those of us in the space sector.

Ignoring a problem does not make it go away.

While in the past the space sector has paid limited attention to its environmental responsibilities today the sector finds itself being impacted by new practices, laws and regulations. Public awareness of the environment and ecological issues has spurred governments and business to prioritise environmentally friendly policies and sustainable development As a result, environmental laws and regulations are among the fastest evolving areas of law, particularly within the EU. As prime examples, the EU directives and regulations RoHS and REACh have considerable implications for European space activities (See references 1 and 2).

Increasing attention is also beginning to be paid to the unique working environment of space itself, or more precisely the overcrowding of the near-Earth environment. With the rapid development of space activities in an increasing number of countries and regions, some near- Earth space environments are becoming crowded, with many operational and defunct spacecraft occupying the same orbital regions. Recently updated regulations such as ESA’s own “Requirements on Space Debris Mitigation for Agency Projects” and France’s “Space Operations Act” impose regulations on the environmental impact of space activities.

Instead of being driven by regulations and developments in other fields, it is time for the space sector to again become the driver of innovation. It is time to turn threat into opportunity.

The first steps have been taken in that direction. In 2011, ESA’s Agenda 2015 action plan recognised the need to guarantee the future of space activities by protecting the environment, which is affected by our activities both on Earth and in space. Then in 2012 the cross-cutting Clean Space initiative was founded. It is organised along four branches: eco-design, green technologies, space debris mitigation, and active space debris removal. 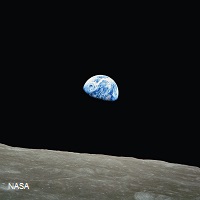 The first two branches distinctly address the environmental impacts of space activities on Earth and look into methods of reducing them. But in order to find ways to improve a situation, one first has to know about it and a reliable assessment of the environmental impact of space activities has never been carried out. So one of the first challenges was to establish methods and yardsticks for the scientific and quantifiable analysis of the space sector’s environmental footprint.

Life Cycle Assessment (LCA) is an International Organization for Standardization (ISO) model-based tool, widely used in other industrial sectors. It provides a science-based overview of a product’s environmental impacts throughout its life cycle. LCA has been used by industry for over 30 years for accounting resources consumption and environmental impacts associated with goods and services throughout the entire life cycle, from the resource mining to its disposal/recycle. The use of life cycle thinking (analysing a product from cradle to grave) avoids burden shifting; transferring impacts from one part of the life cycle to another, from one region to another, from one generation to the next.

The European Commission (EC) in particular, through its Joint Research Council (JRC), has been working on extending and specifying the use of LCA for different sectors and products. It has made available more detailed guidance for the application of LCA to specify the ISO standards and is developing Product Category Rules to guide specific industries and sectors in the use of LCA. In its activities the EC is nevertheless concentrating on consumer goods and mass produced items, with no activities in the space sector being foreseen (See reference 3).

This may be because the space sector is special in various ways. It has comparatively low production rates, long development cycles with a strong focus on research, development and testing, specialised manufacturing processes and materials, and stronger product assurance requirements. So, all this posed the question: was LCA applicable to the space sector?

In pilot studies, ESA worked to establish the applicability of LCA to the space sector and assessed the environmental impact of two of its launchers. Specific challenges were the collection of primary data, and the lack of some specific mathematical models that could link certain emissions to impact indicators. The latter is due to the previously mentioned unique working environment: so far the consolidated models used in LCA are applied to terrestrial applications and are valid on ground level but a launch vehicle crosses all layers of the atmosphere and while we can well predict what is emitted by the launcher in which altitude, the atmospheric mechanisms linking these emissions to specific indicators, like global warming potential or ozone depletion, are highly complex and not yet well understood. 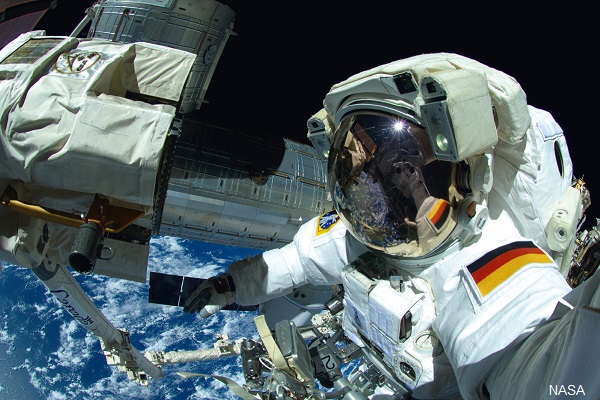 Astronaut Alexander Gerst takes a selfie with the pale blue dot of Earth in the background. He named his mission after that evocative description

The dropping of launcher elements in the ocean poses similar problems, as the marine effects of these disposals have yet to be researched. Accordingly, separate activities to enhance the LCA methodology with these interrelations were initiated.

After the usability of the LCA tool was proven, the next step was to assess the environmental impact of complete space missions. To cover a wide range of potential mission classes, four types of missions were assessed: An Earth-observation mission, a telecommunications mission, a meteorological mission and a small science mission. Alongside the issues encountered for the case of launchers, additional questions evolved in this exercise, especially about the functional unit and system boundaries. The functional unit is a reference to which all results are related and normalised, while the system boundaries define what will be included in the assessment and what not.

These topics are interrelated in a sense that they partly depend on the intended purpose of the assessment. Thus could an assessment of a telecommunication mission be referenced to a specific number of megabytes of data delivered in a specific time to a defined number of households? This would then pose the question of whether the satellite TV receivers in the homes should be included in the assessment. And what should be the optimal functional unit if an Earth observation mission should be assessed, or a scientific mission to Jupiter?

After the assessment of three different types of space missions, study “hotspots” were identified. These areas of high impact are now the subjects of ongoing assessment and include addressing the problems that existing terrestrial datasets are often not usable for the space sector, and that no other studies of space sector specific environmental impacts exist to validate and benchmark results against.

The knowledge that is being collected by these activities is being translated into a methodological framework. For this ESA is creating a handbook on the application of LCA to the space sector.

To improve environmental performance by design, ESA is taking several steps. As mentioned above, it is establishing a handbook for the use of LCA in the space sector. It will provide training on LCA and eco-design and now includes a preliminary LCA parameter in the work of its Concurrent Design Facility (CDF),. Based at ESA’s Netherlands-based technical centre ESTEC, the CDF is often used for mission design. The new LCA parameter will illustrate the environmental impacts of initial design choices at early phases of the mission.

ESA’s Clean Space initiative’s second branch supports the development of green technologies that could replace existing technologies that have higher ecological impacts or are in danger of their use being limited or restricted by environmental legislation. Topics that are being worked on include green propellants and Additive Manufacturing (AM), popularly known as 3D-printing.

So far international research across a wide range of organisations and countries has been ongoing for some time on green and non-toxic propellants. Seeing the protective suits technicians have to wear to fuel a satellite with the toxic hydrazine, which makes them look like astronauts on an EVA, is a visual testimony of the need for this research.

AM on the other hand offers significant reduction of waste material compared to classical manufacturing. The flexibility of the AM process will allow for the introduction of more efficient manufacturing practices, by reducing the production and inspection steps and thus simplifying the production chain. The dramatic decrease in the amount of raw materials needed combined with the design optimisation and possible reduction of life-cycle steps, enables a marked decrease in energy consumption and CO2 footprint. The potential of this technology is impressively demonstrated by the emergence and common availability of consumer 3D-printers for the private households. Additionally ESA works together with European industry to identify materials in their processes that might be targeted by legislation such as REACh and to develop replacements.

Our impacts on the near-Earth environment also call for actions. ESA has done a great deal of technical and scientific work to address the problems related to space debris, including the establishment of a dedicated Space Debris Office. It is also developing multiple technologies to aid the compliance of missions with end-of-life requirements and debris mitigation rules. In the field of debris remediation, ESA is planning a derelict-satellite-retrieval mission called e.deorbit that would put Europe at the forefront of space debris removal capability.

Finally, it is important to note ESA is not alone in this effort. Across the wider space sector, more and more actors are taking a proactive role in this arena. Airbus Defence and Space has recently established its own eco-design office that started assessing the environmental impacts of its products and activities. And European LCA practitioners, already strongly positioned in the field, are building up competences in applying LCA to the space sector. Encouraged by ESA’s Clean Space initiative, the European space sector is developing a competitive advantage in the area of environmental protection and efficient use of resources, materials and energy. In view of guaranteeing the future of space activities, we can only hope that everyone else will catch up quickly!

References
1 EU Directive (2002/95/EC) pertaining to the Restriction of Hazardous Substances in Electrical and Electronic Equipment (EEE). It was adopted by the EU in February 2003 and brought into force 1st of July 2006.
2 EC Regulation (EC 1907/2006), Registration, Evaluation, Authorisation and Restriction of Chemical substances. The law entered into force on 1 June 2007.
3 ILCD Handbook – General guide for Life Cycle assessment, IES – JRC – EC, 2010, http://eplca.jrc.ec.europa.eu/ 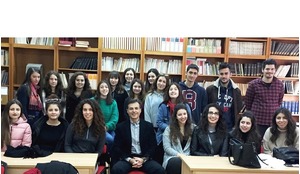 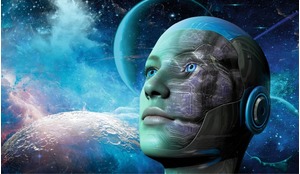