The hypersonic grail: advances at DARPA, AFRL and beyond

Ahypersonic aircraft that cruises at Mach 6 speed (6,500km/hour) and 29km altitude could travel 13,000km in just over two hours. This is significant because most major world city-pairs are separated by less than 13,000km.

Having the ability to travel global distances in such a brief time would be valuable for the delivery of time-critical cargo and packages, and for passengers with the means and the need or desire to pay a premium ticket price to travel seven times faster than possible by a conventional subsonic airliner. Consider a patient, perhaps a soldier, in critical condition and needing urgent medical care half a world away, or someone in dire need of a donated organ where the only match can be found in another country.

High-speed and high-altitude flight would provide substantial military advantages as well, for both hypersonic missiles and aircraft, in terms of short flight time and enhanced vehicle survivability against heavily defended targets. As countermeasures to stealth are developed, reducing the effectiveness of stealth technology, flight at higher speed and altitude could help maintain the advantages currently provided by stealth. In the case of a missile, high speed also imparts significant kinetic energy to the vehicle (which increases with the square of velocity) that can be used to replace or supplement the explosive power of a warhead carried by the missile.

The same technologies that enable hypersonic air-breathing missiles and aircraft also can benefit the development of a space transportation system that would allow transit to low-Earth orbit (LEO) more routinely, affordably, and safely than possible today. Scramjet engines, because they use atmospheric oxygen instead of onboard oxidiser, are more fuel efficient than chemical rocket engines, enabling the design of reusable launch vehicles with increased design margin and additional systems to enhance robustness, reliability and safety, in place of unneeded oxidiser.

An artist’s illustration of DARPA’s Hypersonic Technology Vehicle (HTV-2), which successfully demonstrated stable aerodynamically controlled flight at speeds up to Mach 20 for nearly 3 minutes during its second flight in August 2011 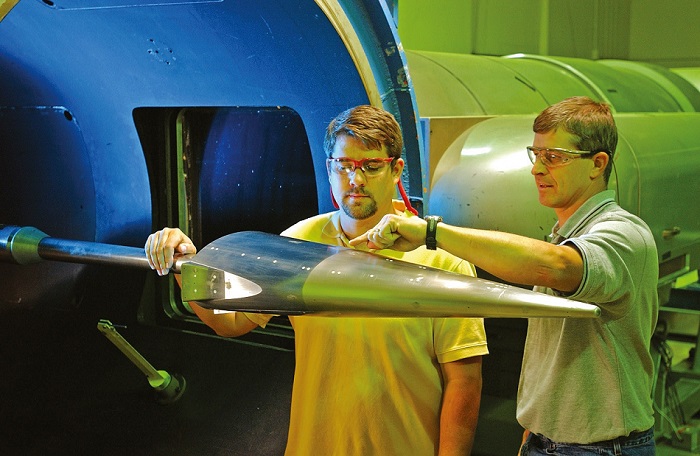 The ability to avoid countermeasures has driven military research into hypersonics. Test engineers ready a Hypersonic Technology Vehicle-1 model prior to a Hypervelocity Wind Tunnel 9 operation

One resounding flight success was X-51A, which on 1 May 2013, for its fourth and final flight, accelerated on scramjet power for 210secs from Mach 4.8 to 5.1, proving the viability of a scramjet-powered vehicle after more than five decades of research. Another convincing hypersonic flight test success occurred on 20 November 2011, when the Advanced Hypersonic Weapon (AHW) was rocket boosted to hypersonic speed and glided almost 4,000km in less than a half hour before successfully hitting a target.

The compelling benefits promised by hypersonic flight have, for the past five decades, eluded us

TBG, on the other hand, aims to demonstrate a rocket-launched hypersonic glide weapon capable of flying more than 1,800km in 10 minutes. Achieving these missile demonstration goals will require innovative technology development and design to achieve efficient aerodynamics, efficient scramjet propulsion integration, high-temperature materials, and advanced vehicle systems that can be packaged into relatively small and affordable weapons. Both programmes have completed exploratory concept phases with preliminary design phases to follow. And both flight demonstrations are planned for later this decade.

The maturation of hypersonics technology is inspiring countries and organisations to explore its application to hypersonic aircraft. A good example of this is a joint European–Japanese research effort in key high-speed technologies for future air transport, dubbed Hikari1, which comprises 16 partners, 12 of them in Europe and four in Japan. This research combines Japan’s long-standing efforts to develop the technology for supersonic and hypersonic airliners with Europe’s high-speed technology research programmes, including Lapcat (propulsion and aircraft concepts), Atllas (materials and structures), and Zehst (zero emissions highspeed technologies and aircraft concepts). 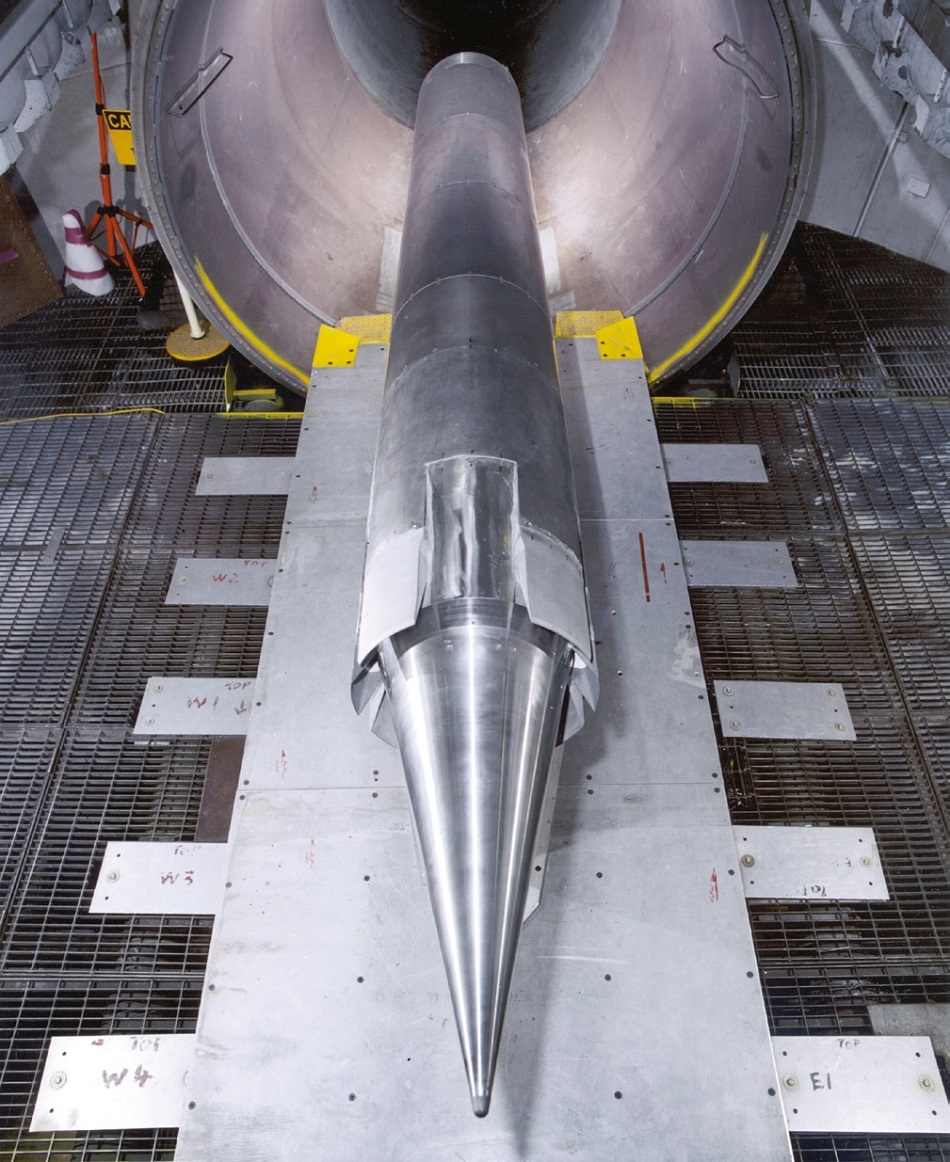 Another example is the development of an advanced Mach 5 air-breathing rocket engine that cools incoming air with hydrogen fuel run through a heat exchanger. The engine, called Sabre, is being developed by UK-based Reactions Engines. The US Air Force Research Lab (AFRL), under a co-operative research and development agreement with Reaction Engines, is exploring technical details of the engine and whether it offers unique performance and vehicle integration advantages compared to other highspeed engines applied to hypersonic aircraft or two-stage reusable launch vehicles. 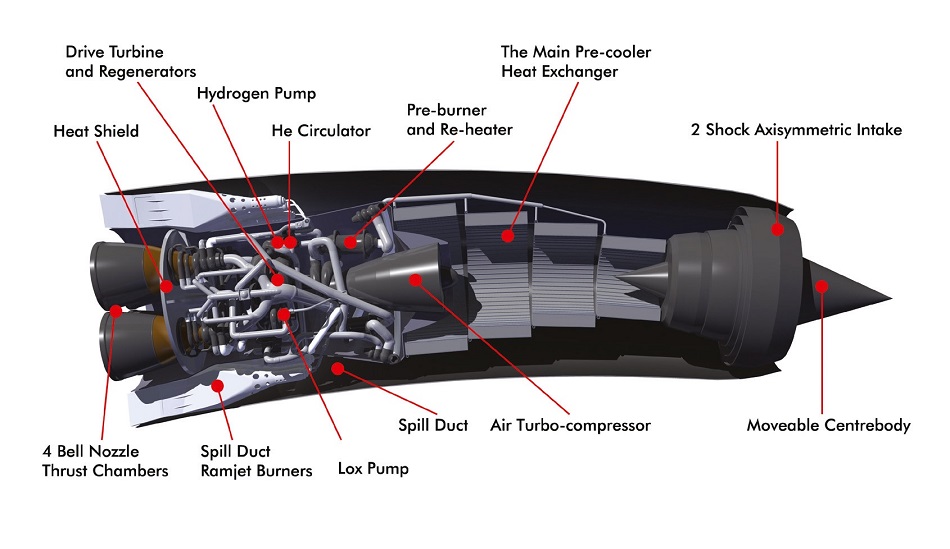 As with commercial transports, there are military reconnaissance/strike aircraft on the drawing board also inspired by maturing hypersonics technology. An example is the recently disclosed Lockheed Martin SR-72 concept, the Mach 6 offspring of the Mach 3 SR-71 developed in the 1950s.2 Similar aircraft concepts have been designed by Boeing. In the event of lost satellite assets, a high-flying hypersonic aircraft could penetrate heavily defended airspace to gather critical intelligence data and even deliver hypersonic weapons.

Today the cost of launching payload to LEO is approximately $20,000 per kg. This high cost limits space missions and commerce due to economic constraints. For example, there is a strong desire for a manned mission to Mars, but at the current price to launch mass into orbit the total cost just to launch the required mission mass to LEO is prohibitive at tens of billions of dollars. This high launch cost similarly limits private forays into orbit for business and pleasure purposes. The primary contributors to high launch cost are the use of expendable launch vehicles and the low utility rate, low reliability, and high maintenance cost for reusable launch systems such as the Space Shuttle, where low launch rate limits revenue-generation potential.

If a 100 per cent reusable launch vehicle (RLV) could be developed that flew back and forth from LEO safely, reliably, and within a cycle time of days, launch costs would plummet by more than an order of magnitude to less than $1,000/ kg. A likely result would be the creation of true space commerce, which might include such businesses as orbital space tourism (in contrast to the imminent suborbital space tourism that will be provided by companies such as Virgin Galactic); private re-supply of the International Space Station; lower-cost satellite delivery and possibly salvage or repair; space debris removal; commercial launch of space science, research, exploration, or manufacturing payloads; and perhaps even economically viable space-based solar power. 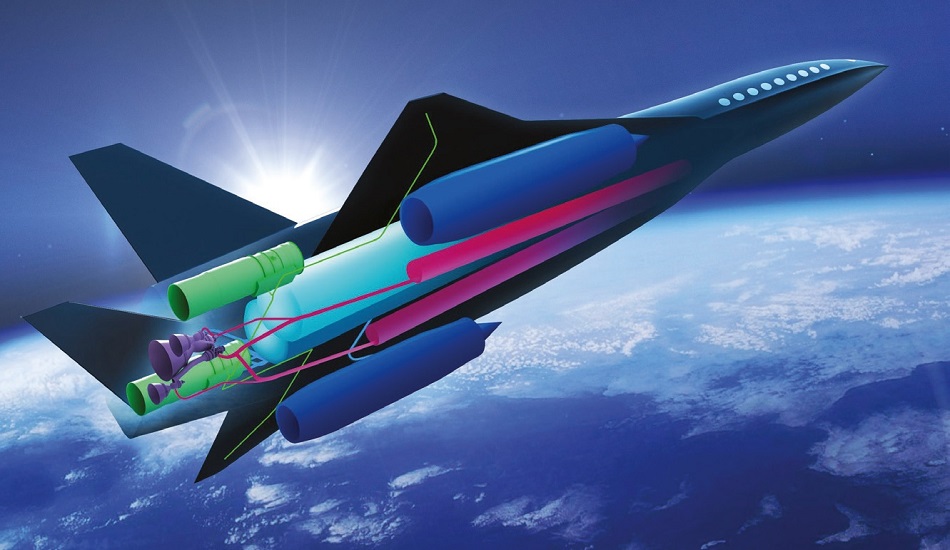 An artist’s impression of the Zehst (zero emission hypersonic transportation) 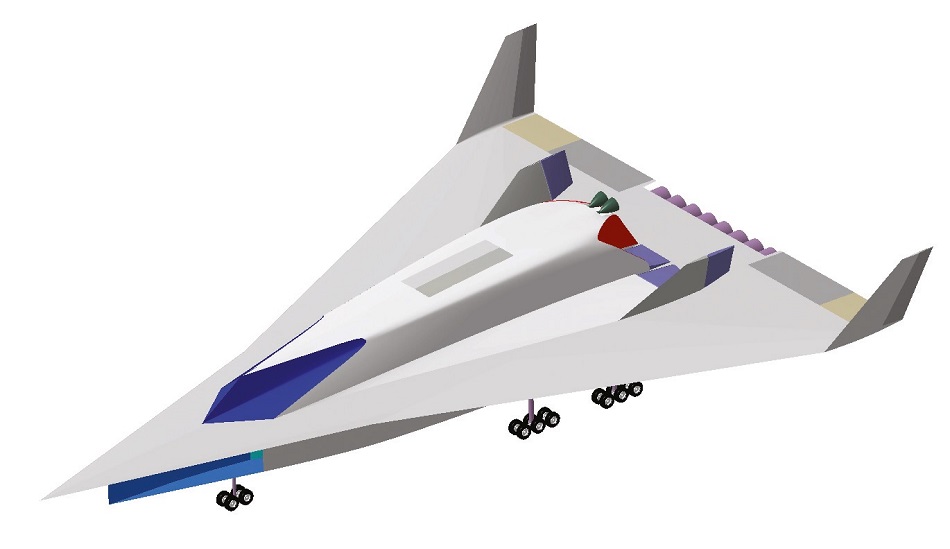 A Boeing two-stage-to-orbit (TSTO) RLV concept designed to maximise reusability, reliability and utility rate is illustrated in the figure above.4 Features of this concept, called the Hypersonic Space and Global Transportation System (HSGTS), include:

Despite the potentially large benefits of a hypersonic air-breathing RLV, developing a large payload (on the order of 10,000kg) system would be very expensive and have risks that would be difficult to mitigate before development.

First, developing a much smaller RLV to launch small payloads in the 5kg to 200kg range would be much more affordable and much less risky, providing a platform to validate the technological and economic feasibility of an air-breathing TSTO RLV before attempting to develop a large RLV system. A sequential development approach would thus increase the likelihood of initiating RLV development. High and rapidly growing interest in small satellites provides encouragement that there is a valid business case for developing a small-payload RLV system.

Efforts have been ongoing since the late 1950s to develop functional hypersonic vehicle designs and associated enabling technologies. During this time, substantial advancements have been made in high-temperature structural materials and thermal protection systems, hypersonic propulsion systems such as scramjets, and advanced vehicle design methods and tools.

Taken together, these advancing technologies are moving mankind ever closer to achieving practical hypersonic global and space transportation. Someday relatively soon, when hypersonic vehicles are technically and economically viable, hypersonic flight will provide a means for increasing the speed of transporting people and materiel over global distances. Rapid and flexible reconnaissance, and quicker and more energetic delivery of ordnance on target, will also be possible. And perhaps most exciting of all, routine and affordable space transportation might be enabled, leading to a proliferation of space commerce and private space enterprise. 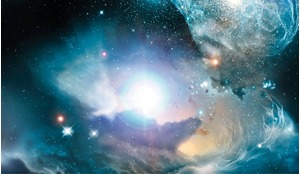 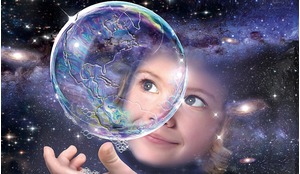 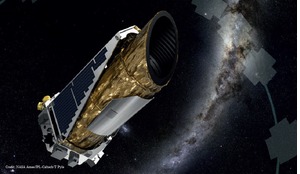 Finding Earth-like worlds: the tale of how Kepler-452b was discovered