In the beginning of the cosmic era, manned space flight was a government prerogative, an indicator of a nation’s prestige and power. Nowadays, though, we are seeing greater commercialisation of the space industry.

A number of countries are already developing an entire industry focused on allowing ordinary citizens to experience space. Privately funded space trips not only generate profit for owners of appropriate assets, but can also drive the creation of new technology and wider innovation in society.2,4,6,7

The first genuinely commercial flights are considered to have taken place in 1990 and 1991. These were the first flights of commercial cosmonauts as they came from non-governmental, privately funded projects. First was the TV journalist Toyohiro Akiyama from Japan and then Britain’s Helen Sharman. Both travelled to the Soviet Mir station aboard Soyuz spacecraft. Yet these were one-time “business trips” made for the benefit of large companies.

A decade later, in April of 2001, the era of space tourism truly began when millionaire Dennis Tito flew on Soyuz TM-32 to the International Space Station. An idea was born. There could now be a system that would allow a non-professional cosmonaut fulfilling a minimal set of obligations (besides the obvious financial obligation) to fly to space.

Within 12 years of manned flights to the ISS, 10 non-professional cosmonauts with the status of ‘Space Flight Members’ took 11 flights on Russian spacecraft. A total of 20 people from nine countries have trained.

The Centre is currently involved in the intensive training of both Russian cosmonauts and foreign astronauts. The specifics of the way the Centre operates in the modern era are such that it must train flight crews in close cooperation with international partners, members of the ISS program (the U.S., Canada, Japan, and the EU).3,6

A very big issue of training non-professionals at the Gagarin Centre is the amount of time it takes for them to train. Usually, these people simply cannot abandon their day jobs for a long time, which means that training must be conducted within a fairly limited timeframe. At the same time, non-professional cosmonauts must still have the minimum basic knowledge and skills to guarantee their safety and ability to be part of the flight.

This new, complex problem of training means that we have had to develop new organisational tricks and methods that would enable nonprofessionals to get their required level of training. Naturally, we rely on our 50+ years of experience of training cosmonauts and astronauts at the Centre.

On Russian spacecraft, members of space flight can be both Russian citizens and foreign citizens, as long as they fit certain criteria (the medical criteria being most important) and as long as they sign an appropriate contract with Roscosmos (a.k.a. the Russian Federal Space Agency) or an organisation in the space sector that is approved by Roscosmos. The training and the space flight are paid for commercially.

A number of countries are already developing an entire industry focused on allowing ordinary citizens to experience space.

The main organisational and methodological challenges of training non-professional cosmonauts involve selecting members of a particular space crew, planning the training, preparing source data for training, identifying the types and levels of training, as well as new forms of training, medical exams, ensuring the medical monitoring of the training process, etc.

Since the most important on-board tasks of a non-professional involve taking care of their own safety and knowing how to act in emergency situations, we take special care when it comes to teaching them about life-support systems.

Physical training, medical training, training to prepare for how flight will affect them, foreign language training, and so on, are all done to ensure a successful experience. Any experiments to be performed by the tourist are meanwhile determined by the training and consulting centre within the Gagarin Centre. 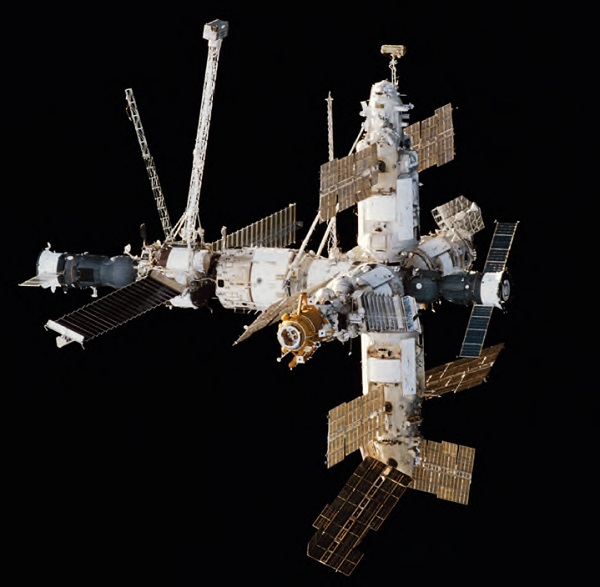 The Mir Space Station hosted a number of space tourists.

Tourists who secure placement on a flight via a short-term contract can come from all walks of life. They are scientists, educators, members of the media, members of particular industries, of the business communities, etc. Before they fly, every such space flight member signs on for certain responsibilities, as detailed in Flight Rules of that particular spacecraft.

On Russian spacecraft, members of space flight can be both Russian citizens and foreign citizens, as long as they fit certain criteria.

A potential candidate for space flight must fit medical criteria determined by Russia and the ISS program for manned space flight. We pay particular attention to anthropometric data of the space flight candidate. For the Soyuz spacecraft, there are a number of restrictions as far as an individual’s parameters go.

At the same time, the age of the successful space flight member candidate for the ISS varies from 23 to 60 years old, which is a much wider window that cosmonaut candidates at various space agencies enjoy. 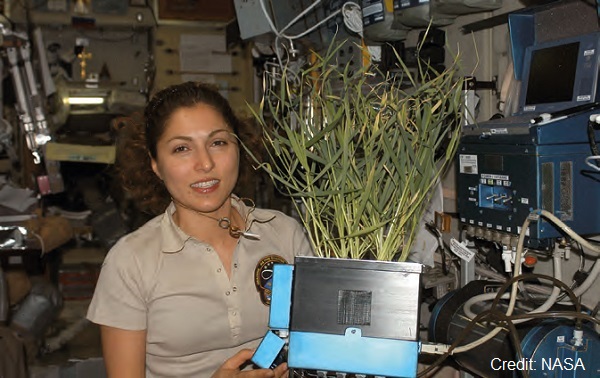 Above: Anousheh Ansari working with grass plants on the International Space Station. 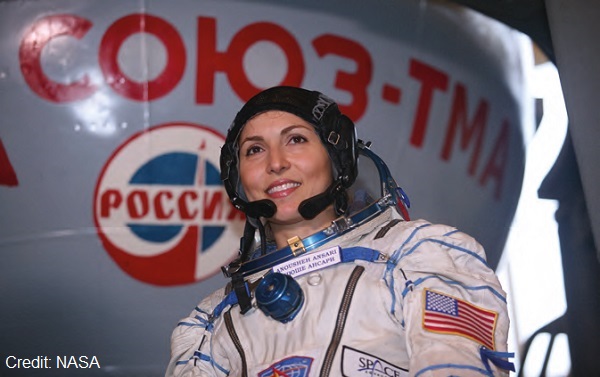 Space tourist Anousheh Ansari is an Iranian-American engineer and co-founder and chairwoman of Prodea Systems.

A space flight member on a Soyuz-TMA craft is expected to do the following: 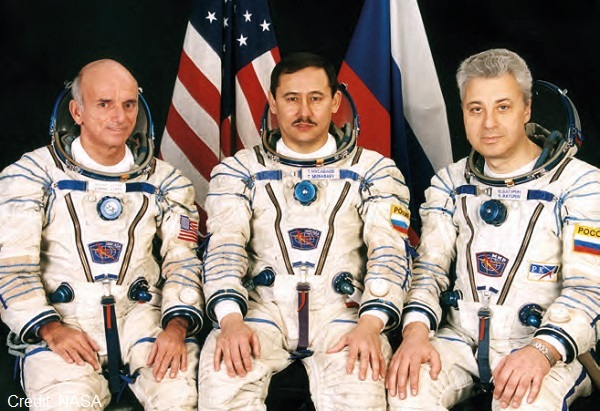 Dennis Tito flew as part of the crew of Soyuz TM-32.

In order to retain one’s professional skills and to remain responsibly committed to one’s main job, the space flight member can periodically take a pause in training. Yet for the last three months of preparations before flight, the tourist must be at the Training Centre continuously.

Until recently, there was no real competition when it came to commercial space flight services. Only two space agencies, Roscosmos and NASA, had the potential to sell such services on the market.

Today, there is active preparation for conducting suborbital flights, promoted by private companies. These will provide a few minutes ‘in space’ as they breach the commonly accepted boundary of space, 100 kilometres in altitude. But the duration is so short that no serious work or tasks can be performed. This makes suborbital flight much cheaper, and will certainly affect the market by attracting clients with less money to spend. 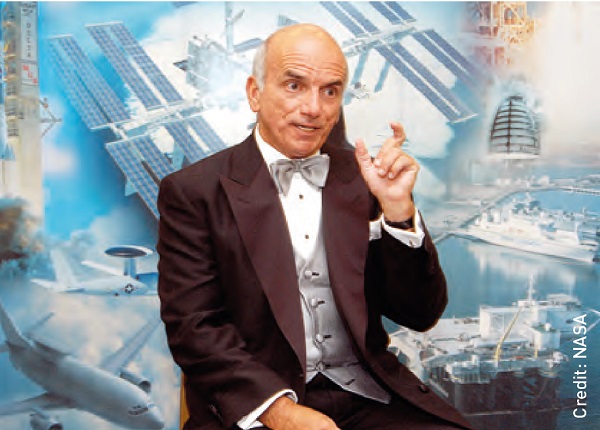 The beginning of the 21st century certainly opened up a new, extraordinary chapter as far as the development of manned space flight goes – and space tourism is the main event.

In the US, space tourism is considered the most rapidly developing area of the whole space sector. 2,5 Private corporations invest huge amounts of money to develop their own launch vehicles, suborbital and orbital spacecraft, and even orbital hotels for longer stays. An on-Earth space tourism infrastructure is also being developed: the first spaceport has now been built in America. There is a plan to build an entire chain of spaceports all over the world.

The unstoppable yearly growth in both supply and demand on the market of space tourism, the emergence of new partners and areas for commercial cooperation is an indicator of the way in which many different countries are now interested in participating in space exploration, a widening of our collective horizons.

It also gives new opportunities for scientists to participate in projects and developments, uniting scientific communities and developers from different countries, and increasing our shared knowledge as humanity continues on its journey of space exploration.

Thus, the development of space tourism will not just affect its own specific sector – it will affect the entire space community.7 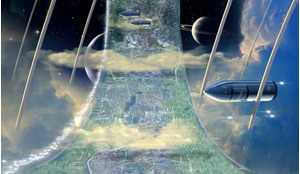 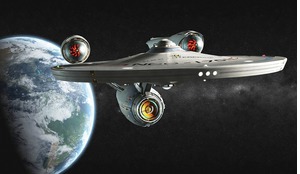 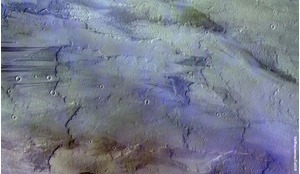