Initial discussions about joint operations for launches actively began 25 years later in the early 1990s, when the fall of the two blocks spurred Russia to further promote its already existing launch assets - including the heavy launcher Proton, as well as the Soyuz used for manned missions - on the global market. In order to facilitate its integration into the international space launchers scene, Russia looked to build alliances with other players.

First, this led to collaboration with the American space industry, which was facing difficulties with its new version of the US Delta III heavy launcher. This resulted in a joint commercialisation of the Russian Proton heavy launcher, which was by then mostly dedicated to interplanetary space probes or soviet satellites placed in geostationary orbits. 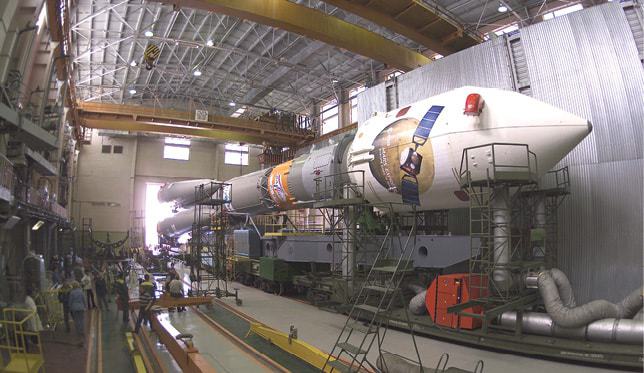 Soyuz launch vehicle in the assembly hall at Baikonur cosmodrome

Several factors lay behind the partnership between Roscosmos and Arianespace, as well as the Russian, French and European space industries. As the historical leader of commercial space transportation, mostly for geostationary telecom satellites, Arianespace was in a position to bring the Russian space community closer to western customers. For its part, Arianespace had to develop launch solutions capable of addressing the growing demand of satellite constellation programmes for telecommunications.

In order to meet this demand and to maintain its privileged relationship with space-pioneer Russia, the idea to develop together an ad hoc space vehicle was envisioned. However, the cost-effective and reliable Russian medium-lift launcher Soyuz, mostly used for injection into Low Earth Orbits (LEO) and Russian space stations missions, soon proved to be better suited for the task.

In 1996, after four years of talks and negotiations, Russian and European space partners created the joint-venture Starsem, owned equally by both sides and registered in France. Starsem’s shareholders are represented today by Airbus Defense & Space (35 per cent) and Arianespace (15 per cent), as well as Roscosmos (25 per cent) and the Samara Space Center (25 per cent).

Technical dialog between both parties proceeded smoothly from then on: French engineers at les Mureaux (near Paris) working on Ariane launchers and Russian engineers responsible for Soyuz understood each other perfectly, leading to important collaboration on the new Soyuz model. 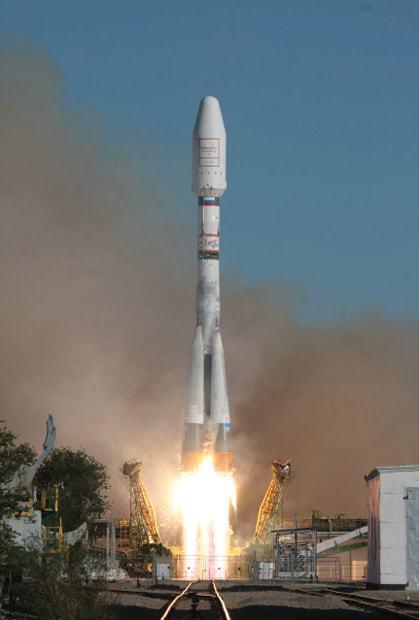 Indeed, adapting Soyuz to the broad telecom market required some modifications, mostly on the upper part of the vehicle, in order to comply with customer needs. For instance, the new Ikar stage was developed based on the propulsion system of the observation satellite Komet and was first used on a Soyuz-U rocket for the launching of 24 Globalstar satellites in 1999 (six launches, each carrying four satellites).

In order to facilitate its integration into the international space launchers scene, Russia looked to build alliances with other players

The key improvement, however, was the replacement of Ikar in 2000 by the Fregat upper-stage (orbital stage), a project developed by the Russian NPO Lavotchkine for the purpose of both Russian federal programme and commercial utilisation. Thus, it was financed by Starsem at the final stage of development. This autonomous and flexible upper stage extended the capability of the lower three stages to provide access to a full range of orbits (LEO, SSO, MEO and GTO).

The main propulsion system of the Fregat stage can be restarted up to seven times in fight, thus enabling the launcher to carry out complex mission profiles adapted to customer demands.

Such a restartable stage was already planned by the Russian space agency based on the propulsion system of the space probes Phobos and Mars 96. However, these plans had been postponed due to a lack of financing. The creation of Starsem accelerated the development of Fregat and brought in contracts from European institutions, resulting in the first demonstration launch on 8 February 2000. 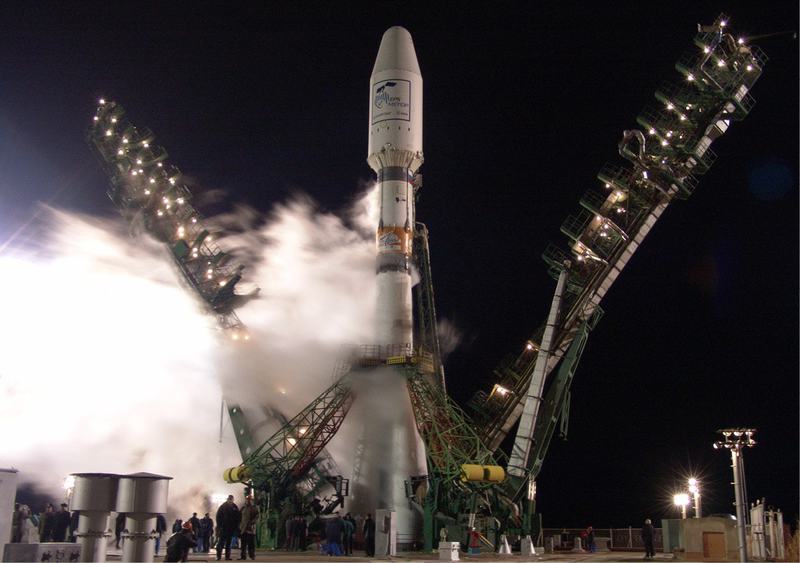 Soyuz on the launch pad at Baikonur cosmodrome

On 16 July of the same year, a Soyuz-U vehicle inaugurated the commercial use of the Fregat stage from Baikonur to launch two Cluster II spacecraft for the European Space Agency (ESA). The initial mission, which was dedicated to the study of interactions between solar winds and terrestrial magnetosphere, was soon followed by two additional Cluster II satellites on 9 August. Three years later, another ESA mission, Mars Express, flew aboard a Soyuz-Fregat rocket. This first European Mars spacecraft along with the Fregat upper stage were successfully placed on an intermediate orbit on 2 June 2003, before the Fregat stage re-lighted to inject the probe on a transfer orbit to Mars. In November 2005, ESA’s Venus Express mission was likewise smoothly launched aboard a Soyuz-Fregat vehicle.

Each partner has found its respective position in this cooperation with relative ease, while still maintaining mutual independence for space access

All these successful European institutional missions launched from Baikonur, stimulated discussions about transferring the Soyuz space launch facilities to the Kourou Space Centre in French Guyana, where Ariane (and more recently Vega) rockets are operated. Additionally, an important market development was taking place at that time: the demand for telecom constellations decreased just as the demand for geostationary satellites and institutional missions increased. This stressed the importance of pushing launching sites down towards the equator, at which point the Earth’s rotation provides an extra boost of energy. Located at five degrees North latitude, Kourou’s facilities are ideally situated to take advantage of that slingshot effect - more than most other launch sites.

The decision to benefit from both the reliability of the Soyuz vehicle as well as the location of Kourou near the equator, which allows the payload for geostationary orbit to be increased from two to more than three tonnes with specifically dedicated launch pads, was first effected on 7 November 2003 by an agreement between France and Russia. This was soon followed in January 2005 by another agreement between ESA and Roskosmos defining each other’s responsibilities regarding the implementation of the ‘Soyuz in Kourou’ programme. Opening up the Guiana Space Center to a foreign launcher system in this manner paved the way for a one-of-a-kind cooperation within the field worldwide. 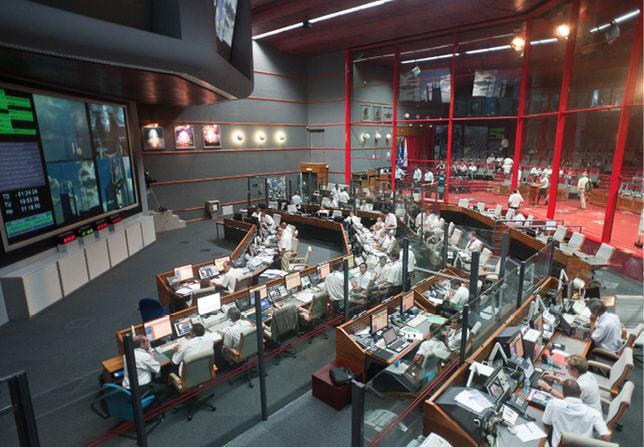 Most of the Soyuz launcher-dedicated installations are similar to that of Baikonur and minimal modifications have been performed on the Kourou versions of the vehicle, Soyuz-STA and Soyuz-STB, to take greatest advantage of Soyuz flight experience. While the flight software has been adjusted to new trajectories from Guiana, the main onboard adaptation consisted of the introduction of a safety device compliant with the doctrine implemented by French authorities to ensure the safety of the inhabited areas, in case the rocket veered off course, and conversion to the telemetry standard used by Western space powers.

But the main difference as compared to the operational scheme developed in Baikonur is the integration process which has been significantly modified with the introduction of a mobile gantry protecting the launcher from the weather in the last days before launch and enabling vertical mating of the upper composite, comprising the Fregat upper-stage, the payload and the fairing, upright on the lower tri-stage, three days before launch (similar pattern as for Ariane family).

Roscosmos decided to benefit from Kourou’s experience for the brand new Siberian space base located in Vostochny - successfully inaugurated on 28 April 2016 - by using a mobile gantry to ensure the protection of the launcher as well as the operation staff. 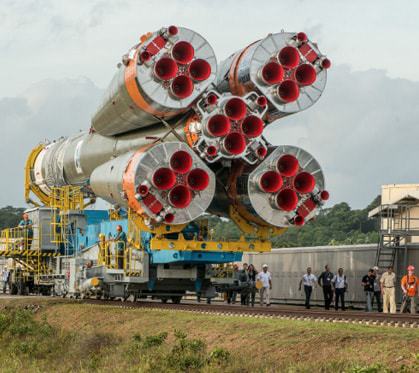 After several years of installation constructions specific to the Soyuz launch pad that considerably extended the Guiana Space Center (for a total European investment of 500 million euros supported both by Arianespace in France and ESA) and after expanding the human resources with Russian operational staff, the first Soyuz-STB Launch from French Guiana took place on 21 October 2011. The mission successfully placed into orbit two European Galileo radio navigation satellites.

From combining each other’s technical expertise to reaching new international customers and financing new projects, each partner has found its respective position in this cooperation with relative ease, while still maintaining mutual independence for space access. To date, 26 Soyuz launches have been performed by Starsem from Baikonur (including 10 for institutions) and 15 Soyuz launches operated by Arianespace from Kourou (12 for institutions).

Those activities illustrate the strong contribution of Soyuz in Frednch Guiana to both French and European programmes. Most of the launches have been dedicated to the deployment of the Galileo constellation, the Earth observation satellites Sentinel (European Union, ESA) and Pleiades (CNES), as well as the scientific Gaia satellite (ESA) in 2013.

So far, commercial Soyuz missions have been focused on the launch of 12 satellites to MEO for the telecommunication operator O3b Networks, with a fourth Soyuz launch planned from CSG in early 2018. Moreover, the recent milestone contract that Arianespace signed with the American company OneWeb that projects the deployment of a constellation of nearly 700 small satellites in low Earth orbit within only two years, will lead to at least 21 Soyuz launching from both the Guiana Space Centre and Russian launch sites.

Along with the possibility to conduct commercial launches to GTO with Soyuz from French Guiana in 2017 in order to ensure launch times, this shows how Soyuz can complement in the long run Ariane and Vega launchers, and demonstrates the flexibility of the Arianespace launch vehicle family to adapt to customer needs.

The many twist and turns in the future of space launching and the evolution of the market for satellites is not easy to predict. Little did we know back in the early 1990s that closing the gap between French and Russian expertise in space launching via Starsem would lead to the globally unparalleled cooperation we see today, whose framework should soon be updated taking into account new elements such as the recent opening of the Vostochny space base.

But no doubt, the long-term links built between France, Europe and Russia will be an asset in facing forthcoming challenges and addressing important questions. This is especially true at a time when various space agencies worldwide are now conceiving global projects that cannot be achieved without international cooperation. 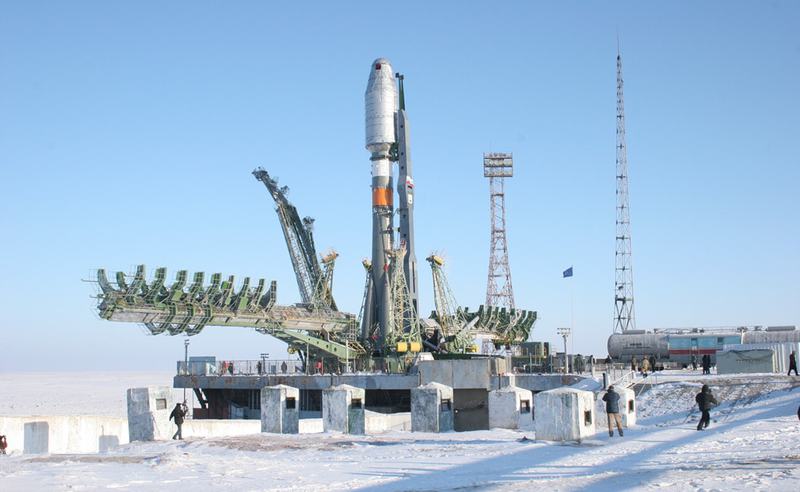 Soyuz on the launch pad at Baikonur cosmodrome

Indeed, last summer, ESA Director General Johann-Dietrich Worner, reaffirmed the necessity of thinking ahead about what should follow the closing of the International Space Station (ISS) in 2024. His idea of constructing a lunar ‘village’ step by step with robots would imply international players, and would pave the way for the elaboration of the first inhabited station on our natural satellite.

We also know that NASA has expressed keen interest in sending a manned mission to Mars by 2030 even though such a programme would require considerable financing in return for disputable scientific gain (robot missions are usually 100 to 1000 times less expensive than that of a manned mission with equivalent scientific results).

These ambitious projects raise such important questions such as whether technological disruptions for launchers will be needed or not. Will, as some of Arianespace’s competitors contend, reusable rockets play a significant role in the field? The answer is not as straightforward as it seems, since the economic aspect is complicated by several issues. But the question must be taken into account for future evolutions of the European Ariane 6 and Russian Angara family launchers over the next decade.

In any case, there is no doubt that reducing the cost of space access will see an increase in launching frequency and expand space services. Arianespace and Starsem will continue to look forward to a productive cooperation with more successful launches from the Guiana Space Centre, Baikonur and Vostochny. 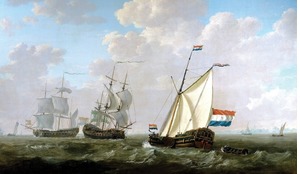 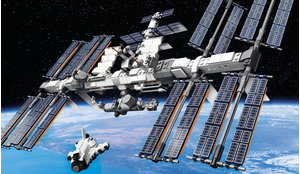 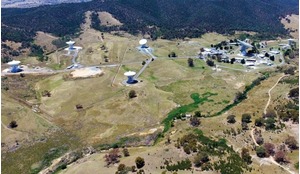