The word ‘commercial’, in the context of China, refers to a company with the primary goal of making money, as opposed to selling to government, building infrastructure, or having other non-commercial motives. Most commercial companies are privately or semi-privately owned, and around half of funding comes from venture capital (VC), with the other half provided by local or provincial government.

Some commercial companies are spinoffs or direct subsidiaries of the somewhat impenetrable Chinese state system, which includes the Chinese Academy of Sciences (CAS); China Aerospace Science and Technology Corporation (CASC), the main contractor for the Chinese space programme; and China Aerospace Science & Industry Corporation (CASIC), a state-owned enterprise that designs, develops and manufactures a range of space and defence systems. 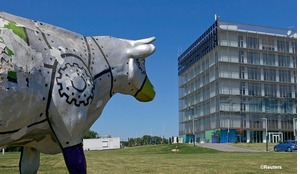