NASA plans to put humans on Mars in the near future but many obstacles lie ahead. At the University of Copenhagen an interdisciplinary team of students have taken on the task to support one aspect of future Martian settlement in project called CosmoCrops. The ultimate goal of the project is achieving self-sufficiency on future space missions by designing a flexible bioreactor with a plug-and-play system that allows onsite production of bioplastic for 3D printing, pharmaceutical compounds and nutrition supplements.

Throughout time the human race has displayed a strong desire to explore and conquer new lands and in modern times a completely new frontier has opened up - space. But space exploration is limited by very high cost and extreme risk. Experience in low Earth orbit (LEO) and on a handful of manned flights to the Moon have taught us that future long-duration missions will face exponentially difficult challenges associated with transportation, working in space and staying healthy.

To support one astronaut for one year in Earth orbit requires around 8000 kg of supplies, excluding fuel. With a current absolute minimum estimated price of US$6600 per kg sent to Mars it is obviously necessary to reduce the weight requirement of supplies and consumables.

‘Synthetic biology’ could provide valuable solutions by supporting the design of metabolically engineered organisms that can produce components for astronaut survival. Such an engineered design may help solve the problem of weight and cost by on-site production of nutrients, medicine or equipment for use in the spaceship or on a planetary base.

An interdisciplinary team of students from the University of Copenhagen in Denmark have taken on this challenge in project CosmoCrops. Inspired by a project in 2015 called SpaceMoss, which genetically engineered moss to survive the harsh temperatures on Mars, the 2016 team decided to work with single celled organisms like bacteria.

Read more about the CosmoCrops project and how it may change the future of space travel and Mars settlement in the full version of the article, available now to our subscribers. 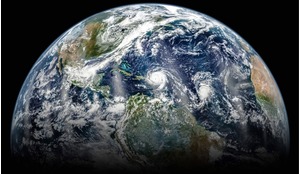 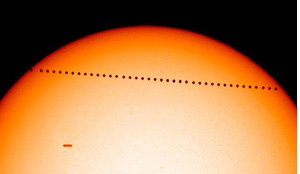