For over two, years some 80 space scientists, engineers, entrepreneurs, regulators and space lawyers from around the world have been engaged in an ‘International Study on Global Space Governance’. In advance of its publication later this year, the articles in this special section of ROOM highlights key aspects of the study and assess some of the many challenges to establishing a viable and effective rule of law governing activities in outer space.

The global security landscape darkened in 2016 as the international community failed to effectively come to grips with some of humanity’s most pressing existential threats, namely nuclear weapons and climate change.

As a result, on 26 January 2017 the Bulletin of the Atomic Scientists - which informs the public of threats to the survival and development of humanity from nuclear weapons, nuclear energy, climate change and biosecurity - moved the hands on its infamous Doomsday Clock 30 seconds closer to midnight. It believes humanity is now just ‘two minutes and 30 seconds’ away from annihilation. The only other time it has been closer to midnight was in 1953, when it was set at just two minutes from ‘Doomsday’, as the Soviet Union and the United States tested new hydrogen weapons.

In July 2014, commenting on the state of the world, the former US Secretary of State Madame Madeleine Albright acknowledged, “To put it mildly, the world is a mess.” Shortly before, at the 2nd Manfred Lachs Conference on Global Space Governance at McGill University in Montreal, Canada, Prof Barry Kellman had observed, “Space is a mess. It is a physical mess [and]... is also a legal mess.”

Read more about pressing issues in space governance in the full version of the article, available now to our subscribers. 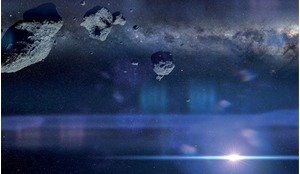 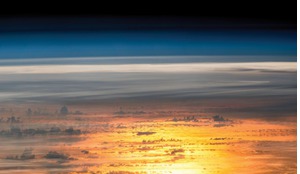 Are the days of innovation in global space over - or just beginning?

Simulating space in a bathtub