Iran recently celebrated 40 years of revolution and 10 years of spaceflight. In 2019, the Islamic Republic of Iran commemorated the 40th anniversary of the revolution that transformed the state into a theocracy - with a parliament but with the clergy ultimately in charge. It was also the year in which Iran celebrated the 10th anniversary of the launch of an indigenous satellite with its own resources. However, there is currently little to celebrate. As a result of international sanctions and consequent devastating inflation, Iran is on the verge of an economic abyss. Space analyst Henk Smid describes how Iranian spaceflight is entangled with international policy towards Iran’s nuclear and armament aspirations.

Since the early 1970s, Iran has focused on developing a strong ballistic missile capacity and this has been an important part of the country’s defence and deterrence strategy. The impetus came after the war with Iraq between 1980-1988 for which Iran was ill-prepared and during which Sadam Hussein aimed missiles at Iranian troops and cities, including Tehran, Tabriz, Isfahan and Shiraz. Only after Iran had acquired missiles from abroad could it retaliate effectively - which included attacking Baghdad. But the international community did little to stop this ‘War of the Cities’.

A second reason for Iran’s armaments strategy is the 40 years of bilateral and multilateral sanctions. As a result, Iran no longer has financial reserves to buy weapons abroad, such as modern military aircraft, and is restricted from doing so anyway. By contrast, Israel, Saudi Arabia and the United Arab Emirates are amply equipped with modern weapons, mainly purchased from the US, UK and France.

Thirdly, although ballistic missiles may be seen as a ‘poor man’s weapon’, Iran has managed to create a large, domestically-produced arsenal of missiles that give the Iranian government a degree of respect. 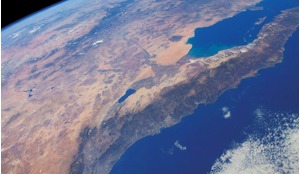 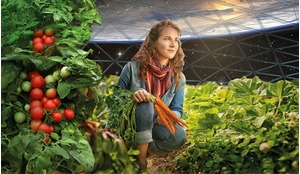 Investigations into plant growth on the Moon