International interplanetary expeditions will, by their very nature, require crew members from different nations to work and live together for extended periods, so an important element of planning a flight programme for such a mission is the consideration of different national psychological and cultural characteristics. Among other things, this involves ensuring a tolerant, ethnically-aware environment in the crew training process. This article considers the foundations of individual and group communication in understanding the ethnopsychological characteristics of crew members from different nations.

Communication is the main means of achieving mutual understanding in any activity, and it is particularly important to the work of cosmonauts. Through communication the ethnic, racial, social and cultural diversity of the world reveals endless opportunities for mutual enrichment, while helping a cosmonaut to understand their mission or role as a resident of planet Earth and not just of a particular country.

At the same time, contacts between rep-resentatives of different peoples, social groups or cultures impose high requirements for each of their representatives. People must be proficient within the full range of cultural communication and understand the basics of the ethnopsychology of their partners.

These risks may result in reduced performance efficiency, disruption of sustainable collective safety behaviour in the crew, etc. Among the many interplanetary flight factors that form these risks, the following are of leading negative importance:

The current system of psychological selection, training and manning of space crews in the world’s leading space agencies is focused on handling orbital flights near Earth, and in some cases this system cannot meet the requirements of psycho-medical support for interplanetary missions.

One such requirement is maintaining positive interpersonal interaction and collective safe behaviour of crew members during all phases of flight. The risk of disruption of crew teamwork for a variety of reasons, including manifestations of national intolerance, is particularly concerning. In a prolonged autonomous flight, command risk will primarily affect crew member performance, which can seriously affect the success of the flight programme as a whole.

Foreign language proficiency does not guarantee successful intercultural interaction and can allow ethnic stereotypes, biases and overestimation of similarity among cultures

The key element that forms favourable and effective team interaction is communication competence or communicative tolerance. This ensures the ability to build interpersonal communication with partners based on understanding and acceptance of their ethno-psychological features, trust in other crew members and understanding of the mission objectives.

It is important to remember that, in every culture, norms of behaviour, attitudes and values are passed on from generation to generation. In most cases, people do not think about all the nuances of their culture, the origins of certain relationships and their root causes and often do not even know them. As a result, when in contact with a different culture, individuals begin to feel a lack of familiar linguistic formulae, behavioural reactions and manners.

In these cases, especially when communicating in extreme environments, there is a great danger that the meaning ascribed to the behaviour of a person from another culture does not coincide with its true essence. The assumption that ‘foreigners’ fully share our views, beliefs, values and norms of behaviour is inherently false. 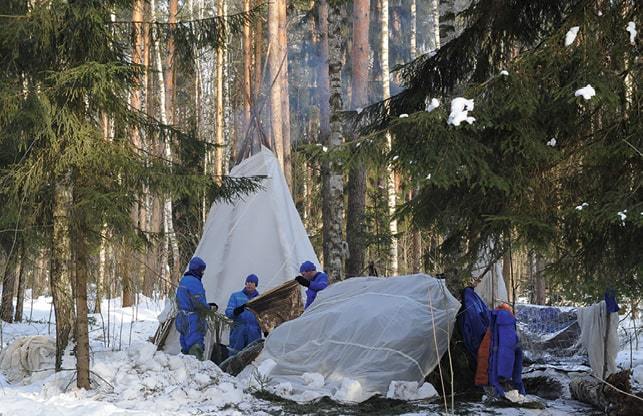 ISS crew training for post-landing operations in winter. The professional and psychological training of cosmonauts needs to include complicated and sub-optimal situations including crew survival training after an emergency landing and simulator training in complex operations and contingency situations. 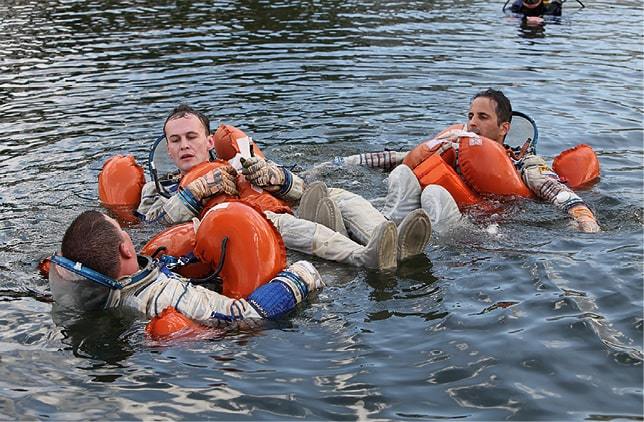 Cosmonaut Sergey Ryazansky and colleagues in training for post-splashdown action. 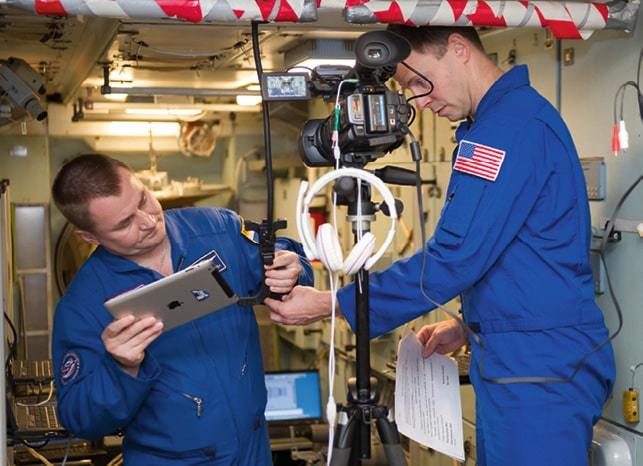 The International Space Station (ISS) community is an international crew, where people of different nationalities, with their own psychological and ethnopsychological characteristics, live and work in a confined space for a long time. The national segments in the ISS structure bring additional complications to the already complex process of ensuring and maintaining stable positive relations between crew members, due to differences in their social and living conditions aboard the station, as well as the artificial division of a single crew into inhabitants of national segments.

One of the most important elements in building communication is knowledge of the language of communication. Currently, Russian and English are such languages on board the ISS, so Russian cosmonauts are taught English in readiness for real foreign language communication at the earliest stages of their training, even before their inclusion into the ISS crew. It should be understood, however, that foreign language proficiency does not guarantee successful intercultural interaction and can allow ethnic stereotypes, biases and overestimation of similarity among cultures. 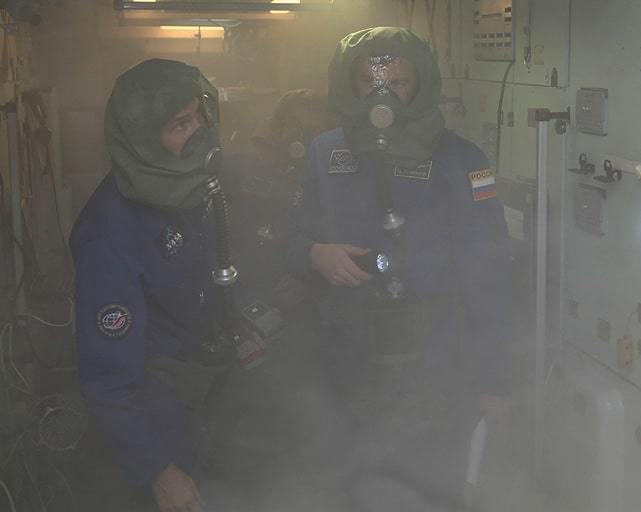 Crew simulation training for a fire event in an ISS module.

Experience proves that ISS crew member candidates are sometimes unfamiliar with foreign-language culture, do not feel the need to deepen their knowledge and are not always fully prepared for intercultural communication. However, hardly any of them will deny its importance.

The long-standing practice of international crew training provides convincing evidence that the formation of the socio-cultural competence of a cosmonaut is of additional importance as a means of educating their personality. Cosmonaut socialisation by means of a foreign language contributes to clarification of their self-awareness as subjects of national culture, providing a new understanding of their universal mission.

In 1994, in order to implement the above provisions in practice, special cross-cultural training sessions were organised and conducted for the first time for a group of Russian cosmonauts included in international expeditions to the Mir space station. Alternating training sessions at the Russian and US space centres also facilitated continuous (formal and informal) communication between cosmonauts and astronauts of the two countries and the establishment of sustained positive communication between them.

At the same time, a new element of activity was introduced into training practice, which involved a year in a foreign space centre (in Houston, USA, and Star City, Russia) as an official representative and coordinator of joint crew training. This had a positive impact on cultural understanding and enhanced qualities such as: 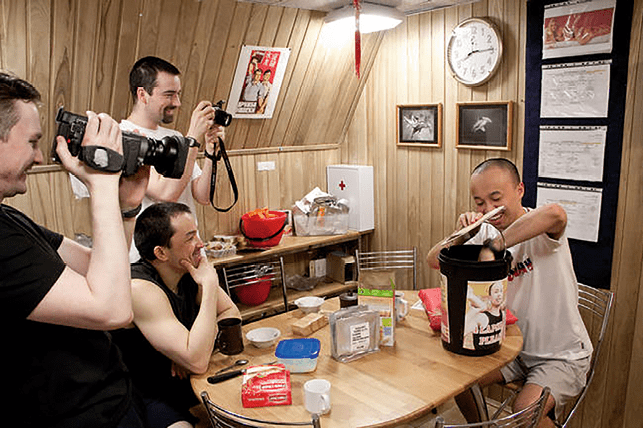 The professional and psychological training of cosmonauts – individual, group and crew – is of great importance in this respect. It should represent a set of activities that are aimed at continuous study and development of professionally important psychological qualities of a cosmonaut. Complicated and sub-optimal situations should also be taken into account, to form general psychological readiness for the flight. These include crew survival training after an emergency landing and simulator training in complex operations and contingency situations.

In the course of such training, crews, in addition to other tasks, address practical issues to develop strong formal and informal (including verbal and non-verbal) communication skills. Usually, studies in isolated pressurised conditions are conducted during the selection of candidates for cosmonauts. However, in our opinion, these tools should be more widely used in psychological training of interplanetary crews in the interests of modelling individual stages of a flight and practicing algorithms of activities and rules of conduct under various scenarios.

Thus, in general terms, the objectives of psychological training are to create psychological conditions conducive to personal and professional growth and the implementation of the flight programme; to form and develop social and psychological skills to ensure effective crew interaction; to develop neuropsychological stability and reliability of operator activity under adverse flight factors; and to maintain and strengthen mental health. 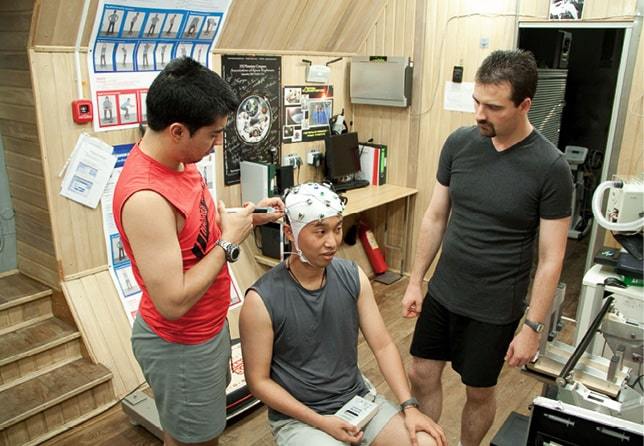 Mars 500 routine crew work. On interplanetary missions, crew members from different countries will work and live together for extended periods.

It is essential that such cosmonaut training begins long before their inclusion in an international interplanetary expedition crew and starts from the very first sessions with explaining and teaching the fundamental elements of building the foundation for individual and group communication from the perspective of understanding the ethnopsychological features of their foreign-speaking partners.

Effective intercultural communication during the preparation and implementation of an interplanetary spaceflight programme can be achieved by relationships between crew members that ensure their mutual understanding and successful interaction in routine and conflict situations.

Although there are currently no strict criteria for successful communication, it is clear that it should have the following features:

Thus, one of the important elements of effective purposeful efforts of international interplanetary expedition crews to implement the mission programme is to ensure sustainable interaction of their members, built with due regard for the national-psychological peculiarities of people of different ethnic communities.

A key element is the necessity to form a tolerant ethnic environment in the process of cosmonaut training and its retention in flight. At the same time, it is necessary to create the most comfortable living conditions on board, consider preferences of taste when composing menus and recognise cultural preferences when selecting means of psychological support for the crew.

Oleg O Ryumin is a Senior Researcher & Head of Laboratory at the State Research Centre of the Institute of Biomedical Problems. He has published more than 150 scientific papers and is a Candidate of Medical Sciences. After graduating in 1976, he was engaged in scientific research and practical issues of medical and psychological support for comonauts at the Yuri Gagarin Cosmonaut Training Centre. He has also served as the crew doctor of the STS-63 expedition at the Johnson Space Center in Houston. Since 1998, he has been a member of the multilateral ISS crew behaviour and performance group and, since 2020, head of the Laboratory of Psycho-physiological support of flights and extreme activities.

Yuri Arkadievich Bubeyev, Doctor of Medicine, Professor, Honoured Physician of the Russian Federation, author of more than 200 scientific publications. He is one of the leading experts in the field of activity psychophysiology. He is head of the Department of Psychology, Neurophysiology and Psychophysiology at IBMP of the Russian Academy of Sciences. He has extensive experience in establishing international cooperation for international experiments Mars-500, space experiments aboard the ISS involving the European, Canadian, Chinese and German space agencies. 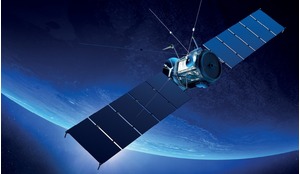