Preparing for a robotic revolution in Earth orbit

Here on Earth, the robotic revolution is in full swing. Robots in industry are increasing productivity, improving worker safety, and enabling new levels of performance that humans alone simply cannot match. The volume of industrial robots being produced is simply staggering: last year, 380,000 were sold worldwide. The automotive and electronics industries are basically fully automated. Robots are also beginning to make major contributions to the construction, agriculture, chemical, and metals industries. This raises a question: why are there so few robots in orbit around the Earth?

The dangers to humans from performing tasks in space, the cost of supporting human life there, and the remoteness of some space platforms from human presence, all argue for shifting as many tasks as possible to robotic systems. What has impeded this obvious application of robotics? I would argue that there have been three historical impediments: the demands of the space environment and space operations; a small industrial base for space robotic systems; and a space industry that requires extensive heritage before making investments in new capabilities. All of these are beginning to yield to the compelling promise of space robotics. 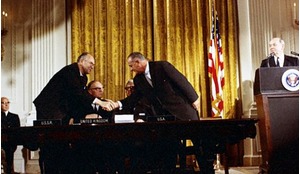 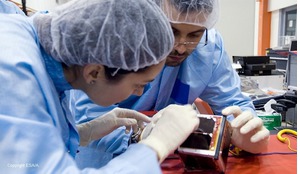 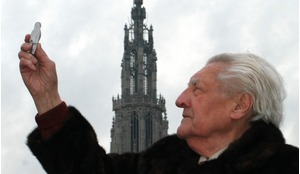