Ponder for a moment what we know space is capable of inflicting on the human body. Cancer, impaired vision or blindness, loss of cardiac function, muscle atrophy and decreased bone resiliency, diminished cognitive function and behavioural changes... The driver of these diseases and the genetic mutations that give rise to them? Space radiation. Especially galactic space radiation, given its energy and unique ability to cut through human DNA. It is this type of radiation that will be bombarding astronauts continuously from deep space as they make their way to Mars. Unfortunately for our astronauts, there is no engineering or technology solution available today that can sufficiently mitigate this threat.

Without radical advances in science, astronauts sitting atop NASA’s Space Launch System (SLS) might ask themselves if the greatest risk to their endeavour might be within them, the cells making up their own bodies as the weakest link in their mission. The irony would not be lost upon them, especially as they sat in the capsule above the thousands of components that would comprise the most powerful rocket ever built. Could it be that the more than six million years of human evolution that optimised us for life on Earth will stand in the way of our ability to successfully explore the solar system? 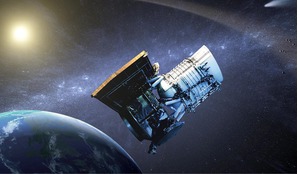 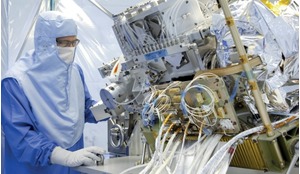